After an exciting clash between the teams on Day 1 of the Khelo India University Games 2022, fans were already excited for some action on Day 2.

The first match of the day featured V.B. S University vs. the University of Kota. After winning their first game last night, the Kota boys were looking for their second one, which came like a piece of cake. With an outstanding performance in their second game, they clinched a victory over their opponents by 43 - 38.

The second game of the day started around 11:45 AM between Mahatma Gandhi Kashi vs. C. V. Raman University. After losing against Gurunanak Dev University the previous night, the Raman University players needed a win. As a result, the game ended in their favor as they won with a huge margin of 47 -23. 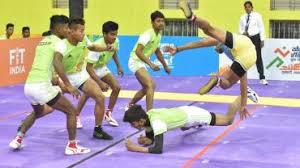 Later in the day, Mahashree Dayanand University faced the players of Chaudhary Bansilal University for game 3. After last night’s dominance over V.B.S, the Bansilal boys had their goals set. They won their second game fair and square with a score of 37 -25.

Punjab’s Lovely Professional University was set to play against Guru Nanak Dev University for the final fixture of the day. The players of LPU had to accept another defeat as the game ended 46 - 38.

After a single fixture in the women’s format last night, a schedule of 4 matches was set for the second day.

The first game started around 10:00 AM with Day 1 champions, Bharti Vidhyapeet Pune, going against Savitri Bai Phule University. Unfortunately, they had to accept defeat on Day 2 as the final score ended 42 -39. 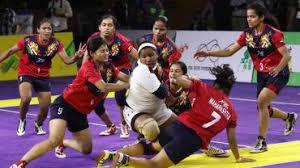 Suffering a last-minute defeat in their first game, the Mother Teresa Women’s university girls were ready to take on the Savitri Bai Phule university for Game 3. Teresa University girls had a slight advantage over their opponents as they had just returned from a game this morning. But that did not stop them from clinching their second win for the day. Savitri Bai Phule girls walked off the mat with a final score of 40 - 26.

Later in the day, Maharshi Dayanand University had its inaugural game against Mangalore University. It was a second game for the Mangalore girls who were in the search of a victory. Unfortunately, they had to walk off with a loss as the score ended in their opponent's favor, 31 - 24.