After a four-day-long epic saga of exciting matches, the Khelo India University Games have finally come to an end. Universities across the nation took part in the second edition of the games and gave a tough fight in their matches.

Jain University Bangalore hosted the University games at the School of Engineering and Technology campus and The Sports School campus at Kanakapura Road.

Now let's look at how the matches went by. 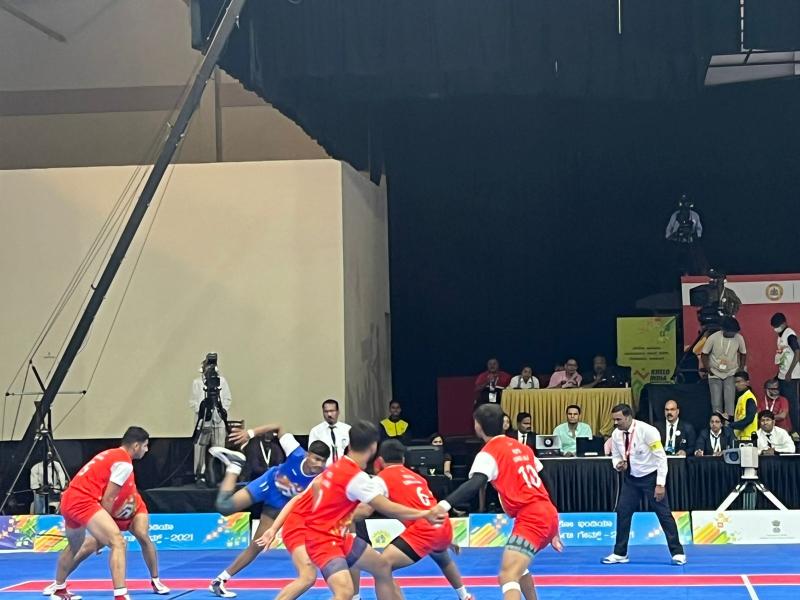 The final of the men's format featured the University of Kota vs. Chaudhary Bansilal University. The Kota boys had proved themselves as the strongest of the tournament but had to walk back with the silver medal after tonight's defeat. The final whistle ended in favor of CB University players as they clinched a victory with a score of 52 - 37.

The Kurukshetra University girls firmly secured the top spot by defeating Maharshi Dayanand University in the finals. With their top-notch skills, they turned an exciting final into a one-sided game. After a 40-minute battle, the score ended in their favor, 46 - 19.

We heartily congratulate the winners and all participants for their performance in the Khelo India University Games 2022.

On the other hand, we would also like to appreciate the officials and authorities who made it possible by putting in tremendous efforts.

Follow KabaddiAdda for detailed coverage of all kabaddi tournaments and updates.