After three action-packed days, the Khelo India University Games moved to the semi-final stage. But fans had to be patient as two games of the women's group stage were yet to be played.

The opening game featured the Mother Teresa Women's University vs. Himachal Pradesh University, with the latter overpowering their opponents with a huge margin of 54 - 18.

The Kurukshetra University vs. Maharshi Dayanand University game ended with a ten-point difference. Kurukshetra girls won the game with a final score of 39-29.

The Kota players had the upper hand over the CV Raman university boys as they won the opening game of the semi-finals. The final whistle produced a score of 39 - 34, with the University of Kota being the first team to qualify for the finals.

The second semi-final was between Chaudhary Bansi Lal University vs. Guru Nanak Dev University. With just one spot remaining for the finals, both teams were ready with their strategies to win over their opponents and secure a place in the finals. But as they say, there can only be one winner. The final whistle ended with The CB boys entering the finals after defeating their opponents 41 - 35. 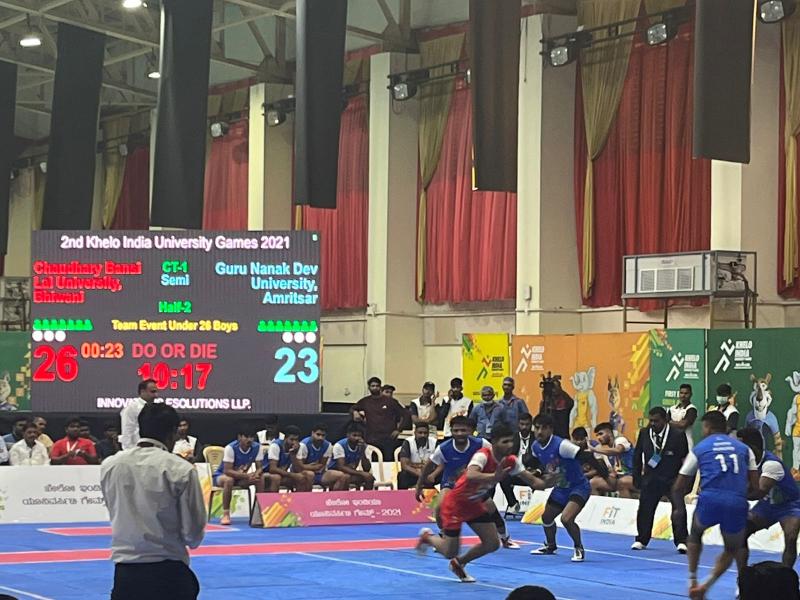 After their first win earlier in the morning, the Himachal Pradesh University girls were all set to secure their place in the finals. Unfortunately, the team's hope got crushed by Maharshi Dayanand University girls as they clinched a last-minute victory with a score of      34 -33.