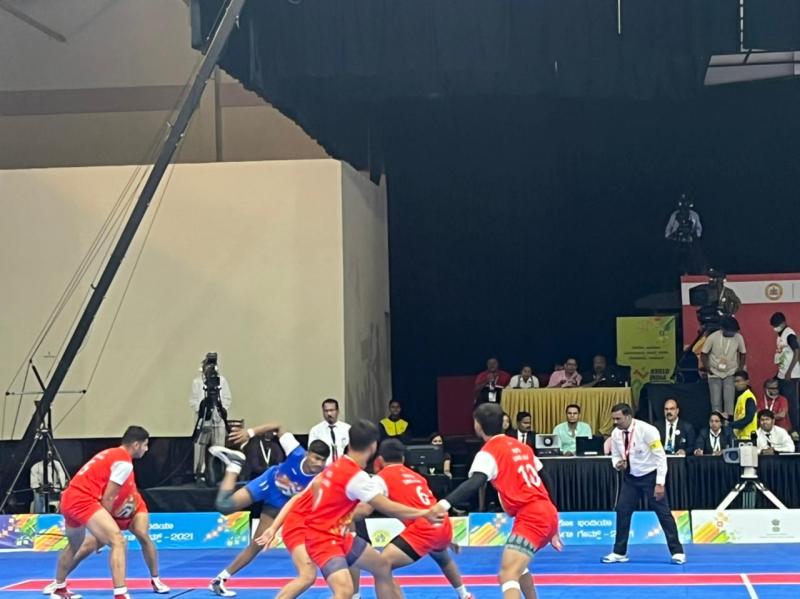 The Day 3 of the Khelo India University Games couldn't have been more happening as the favourites from the boys and girls' category thumped their authority as University of Kota and
Dr. C. V. Raman University booked their place in the semi-final Guru Nanak University and Chaudhary Bansilal University completed the top 4. Here is the summary of both the days of the tournament.

Veer Bahadur Singh University got the better of Maharshi Dayanand University by a margin of 47-41 in the first match of the day in the boys' category. In the following match Guru Nanak Dev University edged out the Mahatma Gandhi Kashi University 42-39 in another thrilling contest for the hosts.

The University of Kota lodged their third consecutive win of the tournament and booked their place in the semi-final by a one-point win over the Chaudhary Bansi Lal University. Lovely Professional University made it to the semi-final in spite of a defeat against Dr. C. V. Raman University 56-40 in the final match of the league stage.

The girls' section witnessed a one-sided contest in all the five matches on Sunday. In the opening match of Day 3, the girls from the Himachal Pradesh University were on top of the Bharati Vidyapeet University 52-27 in what was a thumping win. They followed it up by a win in the final match of the league stage against Savitri Bai Phule University 38-24

Guru Nanak Dev University of Amritsar were at the receiving end of losses in both the matches as they lost out to Maharshi Dayanand University in the second match of the day and the Kurukshetra University. This was the their third loss and ended the tourney without a win.

The Kurukshetra University won all their matches and ended up with a win over Mangalore University 52-24 as they topped the pool A.