Maninder Singh was the star for Bengal Warriors as they beat Haryana Steelers 48-36 in a VIVPO Pro Kabaddi League match at the Shree Shiv Chhatrapati Sports Complex, Mahalunge, Balewadi, Pune on Thursday.

Maninder, with a career-best of 18 raid points, was too hot to handle for a Bengal defence missing their experienced captain Dharmaraj Cheralathan due to injury. The victory helped Bengal Warriors consolidate their stay in the second place of the points table. 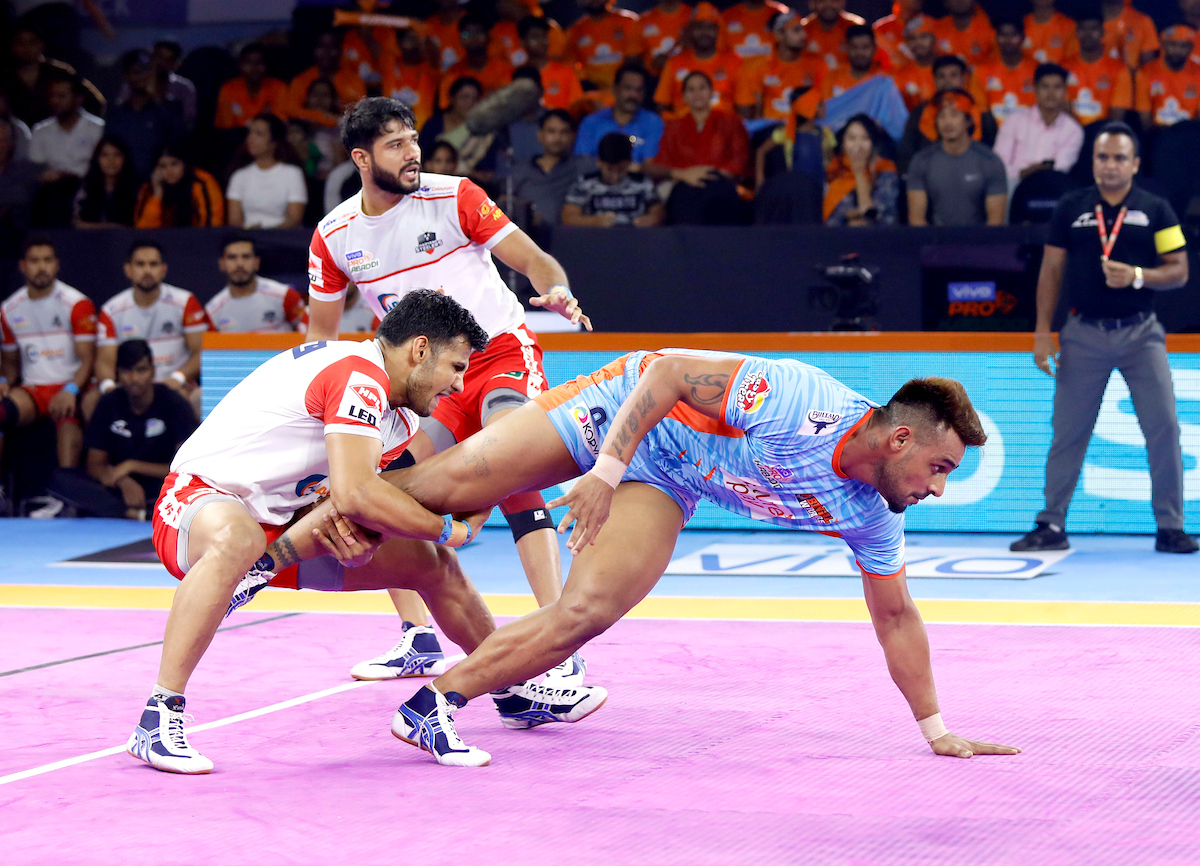 Bengal Warriors dominated the first half of the match with their raiding trio of Maninder Singh, K Prapanjan and Mohammad Nabibakhsh picking points with ease against a Haryana defence that evidently lacked leadership. Bengal's dominance wasn’t limited to their raids though as their aggressive approach in defence paid rich dividends. Steelers'  star raider Vikas Kandola suffered five tackles in the first half as he struggled to break free from an in-form Bengal defence led by Baldev Singh. The Warriors inflicted two All-Outs in the first half (7th and 13th minute) to open up a 15-point lead. Vinay was the lone fighter for the Steelers and his raids ensured the Haryana stayed within an outside chance of coming back into the match as the half ended 30-14. 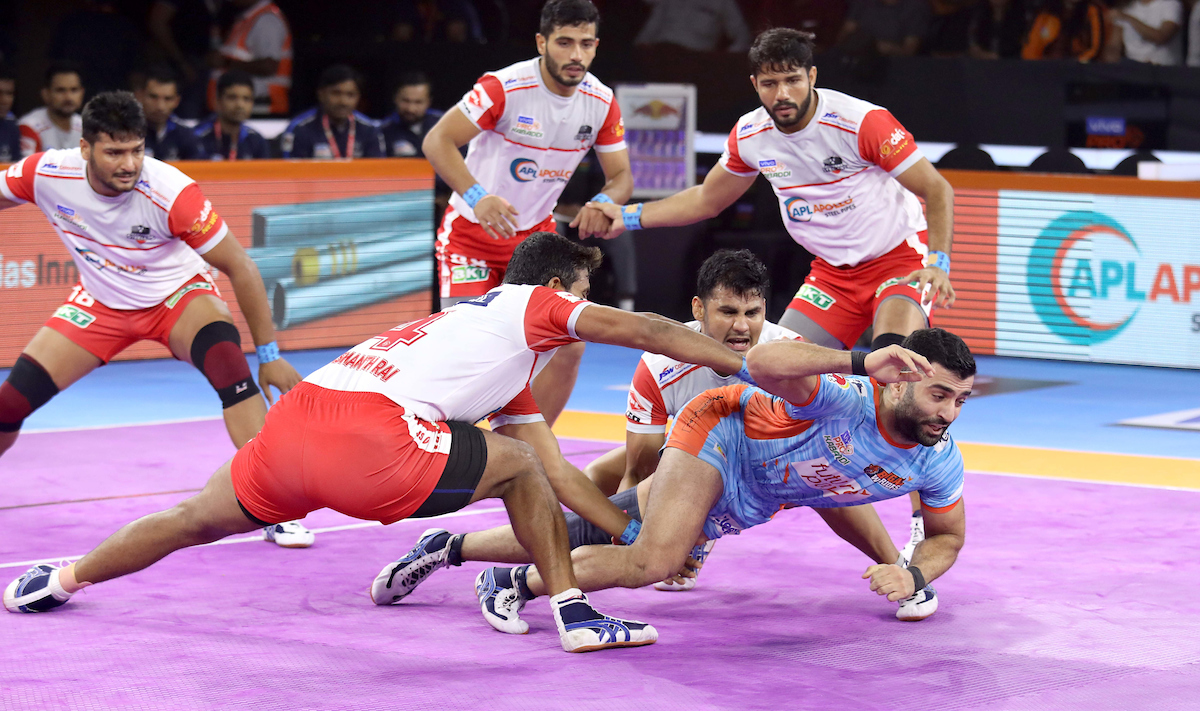 The Warriors secured their third All-Out in the second minute after half time but the Steelers came back into the match strongly. Vinay’s three-point Super Raid in the third minute was followed by a four-point raid by Vikas Kandola which secured Steelers a vital All-Out in the fifth minute of the second half. But the Warriors’ defenders steadied the ship once again, with Baldev picking up his High 5 in the 11th minute. Vikas Kandola and Vinay kept picking up points for the Steelers to reduce the Bengal men on the mat but Prapanjan’s consistency in his raids, including a two-point raid in with under 4 minutes left in the match, meant the Haryana side couldn’t inflict the All-Out they badly wanted. Haryana’s loss exposed the lack of depth in the defence and coach Rakesh Kumar will be looking to quickly address the issue to prevent negative results in the most crucial part of the season. 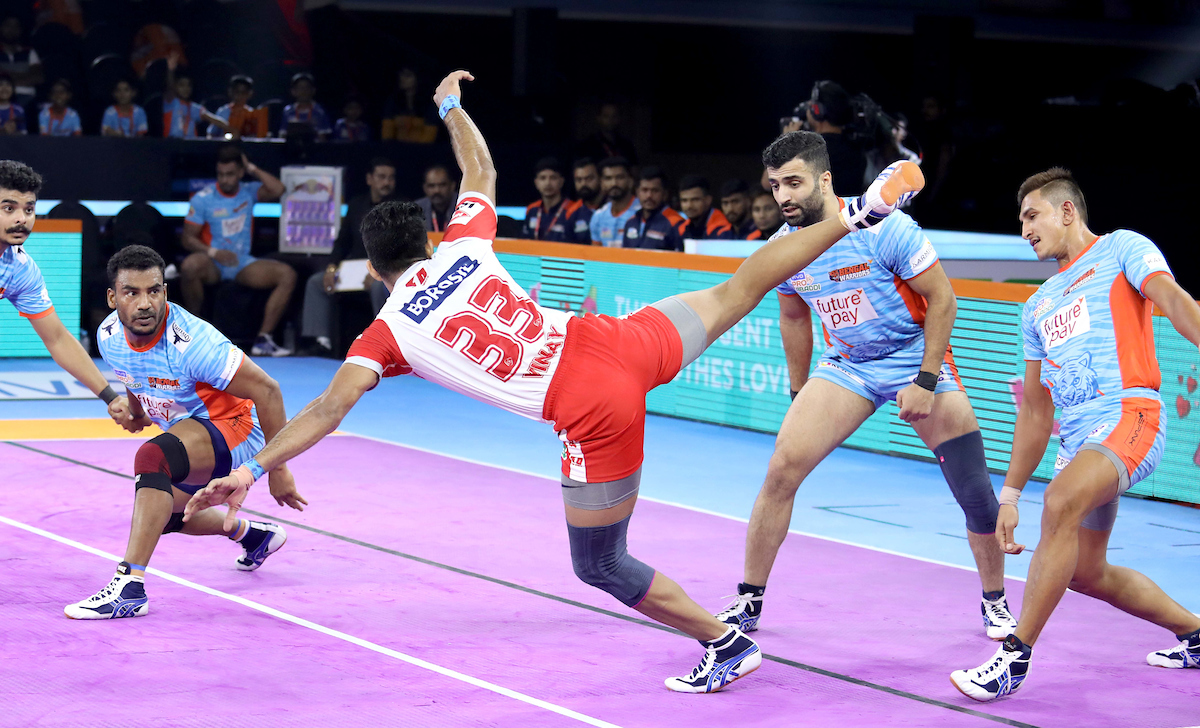