Naveen Kumar secured another Super 10 as Dabang Delhi K.C. beat Telugu Titans 37-29 in a VIVO Pro Kabaddi League match at a fully packed Shree Shiv Chhatrapati Sports Complex, Mahalunge, Balewadi, Pune on Monday. The raider secured his 14th consecutive Super 10, as the Delhi team produced an all-round performance, with defenders Ravinder Pahal and Anil Kumar finishing with four tackle points each, to see out an important win that helped them stay on top of the points table. 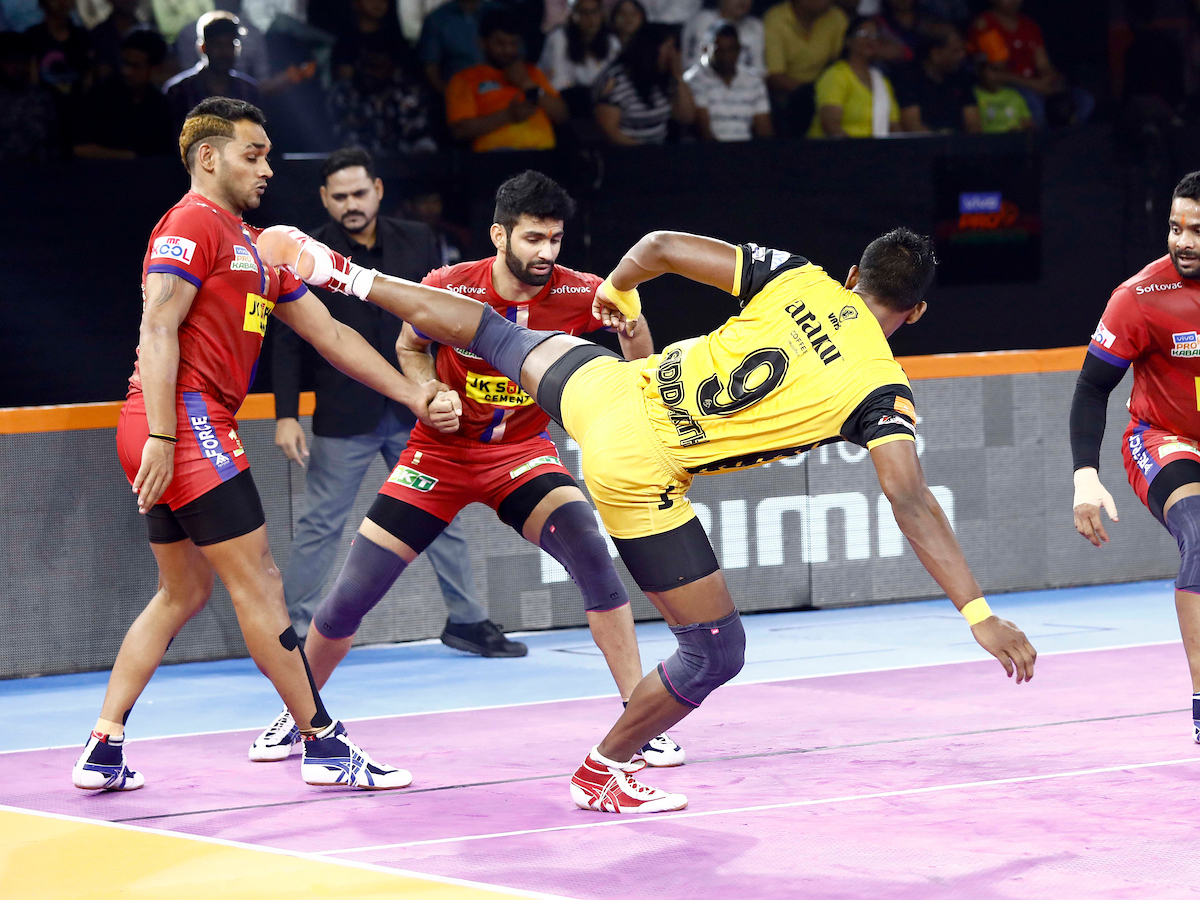 All the talk before the match was about the two chief raiders of the sides facing each other. Naveen Kumar and Siddharth Desai are considered amongst the very best in VIVO Pro Kabaddi League but it was the former who performed better in a first half that belonged to the defenders. Delhi dominated the early minutes as they thwarted Siddharth Desai’s raids with ease while Naveen did the damage at the other end, but not without suffering some tackles himself. Crucially, the Titans kept picking up valuable raid points to stay in the match despite Delhi reducing their men on the mat. All-rounder Rakesh Gowda was the best player for the Titans in both the ends. His Super Tackle on Naveen Kumar in the 8th minute, followed by another Super Tackle on the same raider by Abozar Mighani, gave Titans a healthy lead. The Delhi team finally got their All-Out with less than five minutes to half time and Naveen’s quick raids helped Delhi end the half on a high with the scores at 18-15. 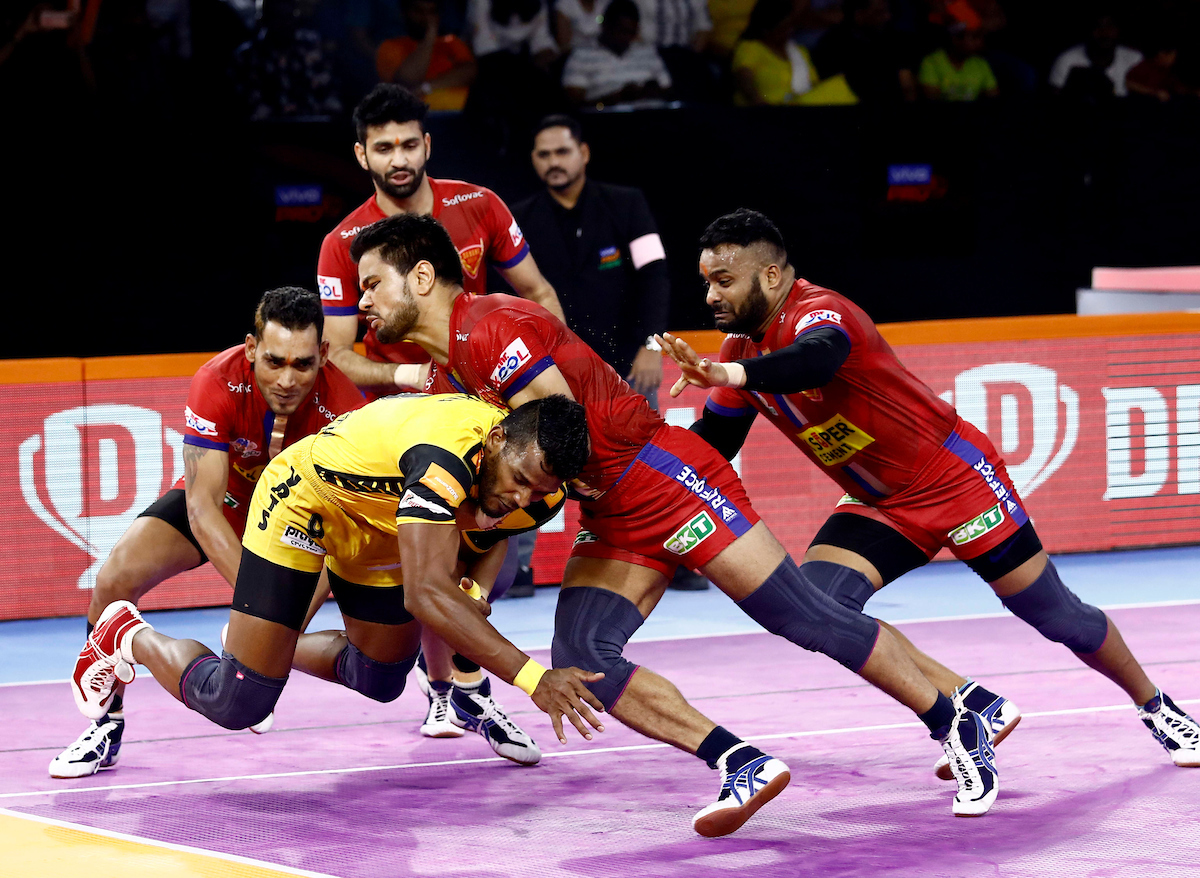 The second half saw the table-toppers up their game. Ravinder Pahal’s dominance in the right corner for Delhi meant Siddharth Desai had a difficult night. The lack of quality back up for the ‘Baahubali’ eventually came back to haunt them as Delhi clinched their second All-Out in the 11th minute to open up an 11-point lead. Naveen Kumar and Siddharth Desai clinched their Super 10s with less than five minutes remaining but the Titans failed to close the gap on Delhi. The result helped Delhi consolidate their stay at the top while Titans will now find it very hard to secure a play-off berth after failing to get even a point from the match. 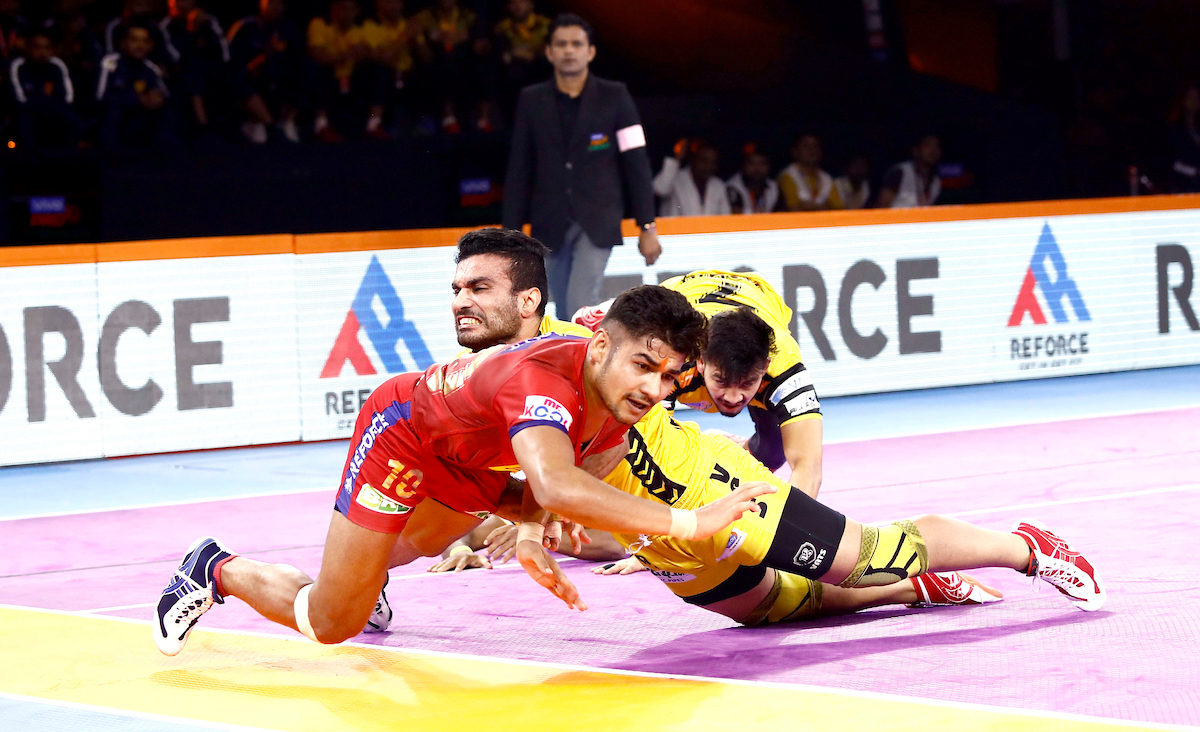