Pardeep Narwal was once again the hero for Patna Pirates as they beat Jaipur Pink Panthers 36-33 in a closely fought VIVO Pro Kabaddi League match on Thursday.

Pardeep Narwal (14 raid points), ably supported by Jang Kun Lee (8 points), proved too good a raiding unit for the Pink Panthers despite challenging them till the final minute of the match. The result meant Patna moved out of the bottom of the points table. 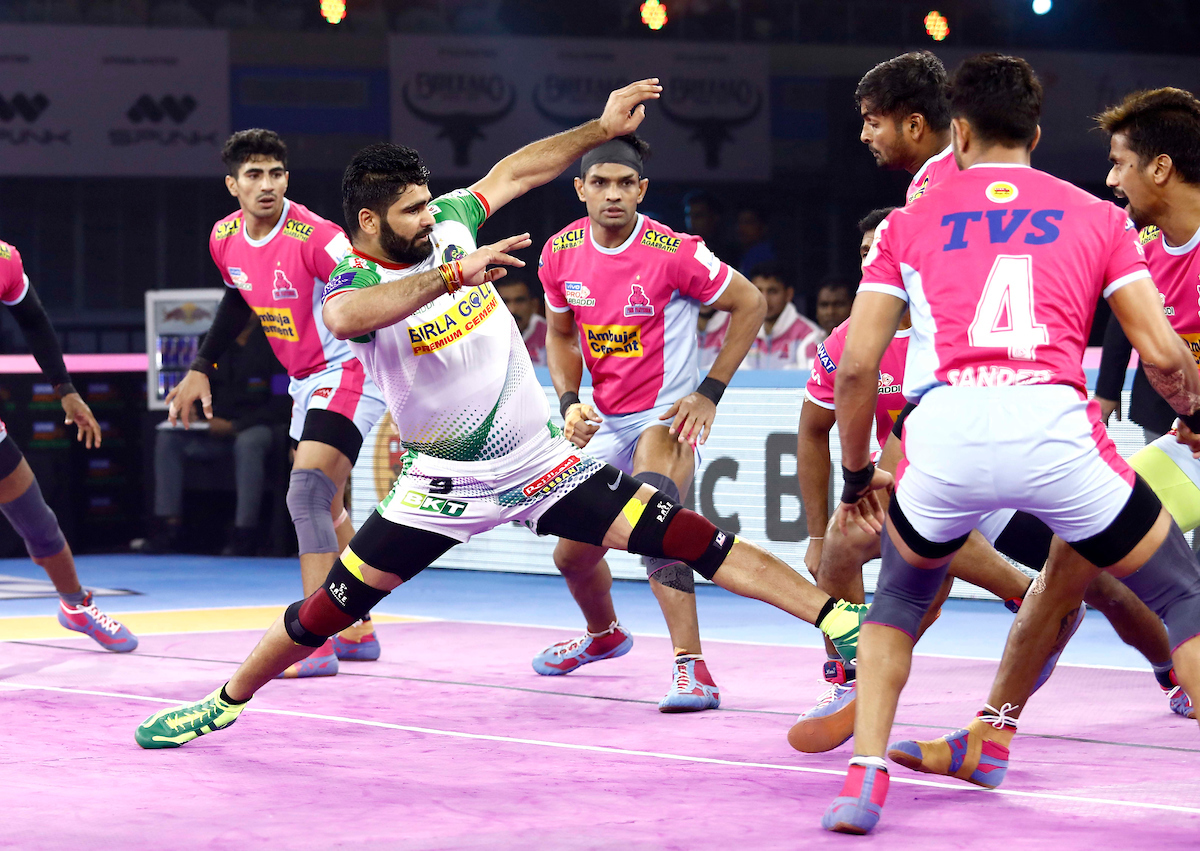 Jang Kun Lee returned to the starting lineup for Patna Pirates who went into the match in red hot form after annihilating Tamil Thaliavas in their previous outing. Pardeep Narwal ran riots that night with 26 points but he was facing a different quality of defence in Jaipur Pink Panthers. PKL’s highest ever point scorer didn’t seem fazed by the situation though as he quickly got into the act – an 8th-minute ‘Dubki’ (a feint move in Kabaddi) reminding everyone how he has earned the title of ‘Dubki King’. But Patna’s lack of quality in defence finally showed when they squandered an opportunity to inflict an All-Out on the Pink Panthers. Sandeep Dhull then pulled off a might Super Tackle with 10 minutes still to half time to start a revival for the Jaipur side as the Pirates had an implosion. But a late surge by Pardeep Narwal ensured the three-time champions remained in better shape as the sides went into the break with scores at 15-14 in favour of the Pink Panthers. 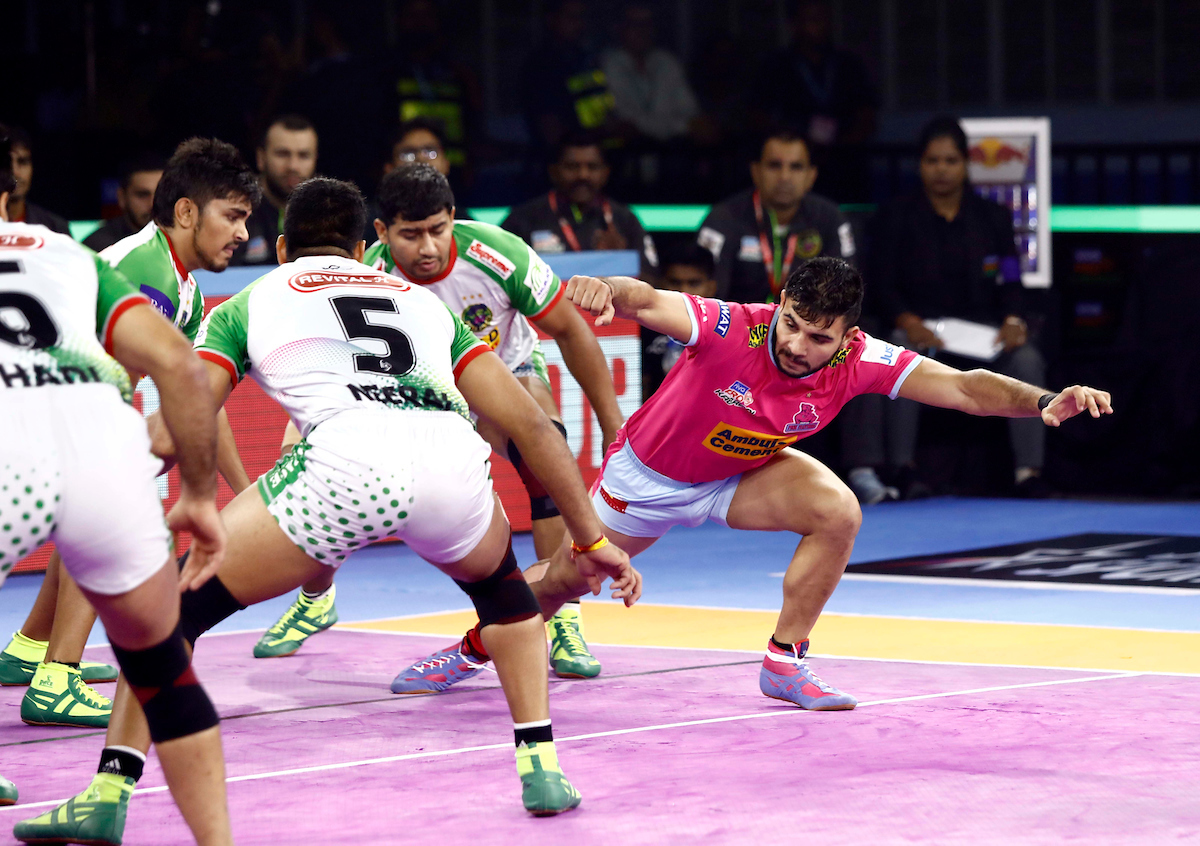 Amit Hooda joined Sandeep Dhull in the Super Tackle party as Jaipur began the half on a high. But Jang Kun Lee chipped in with vital points for Patna as they eventually clinched that All-Out in the 8th minute of the second half. Despite the All-Out, the Pink Panthers had a one-point lead thanks largely to their raiders who always picked up the Bonus Points when on offer.  Pardeep Narwal picked his Super 10 with 9 minutes remaining while Jaipur’s Sandeep Dhull secured his High 5 with a mighty tackle on the ‘Dubki King’. Patna’s three-point lead was evened out by Sushil Gula’s three-point Super Raid for the Pink Panthers as the match entered the final minutes with the teams par on points. But a clever Bonus Point by Jang Kun Lee, followed by a smart tackle by Neeraj Kumar helped Patna open up a two-point cushion in the final minute to see out the match. 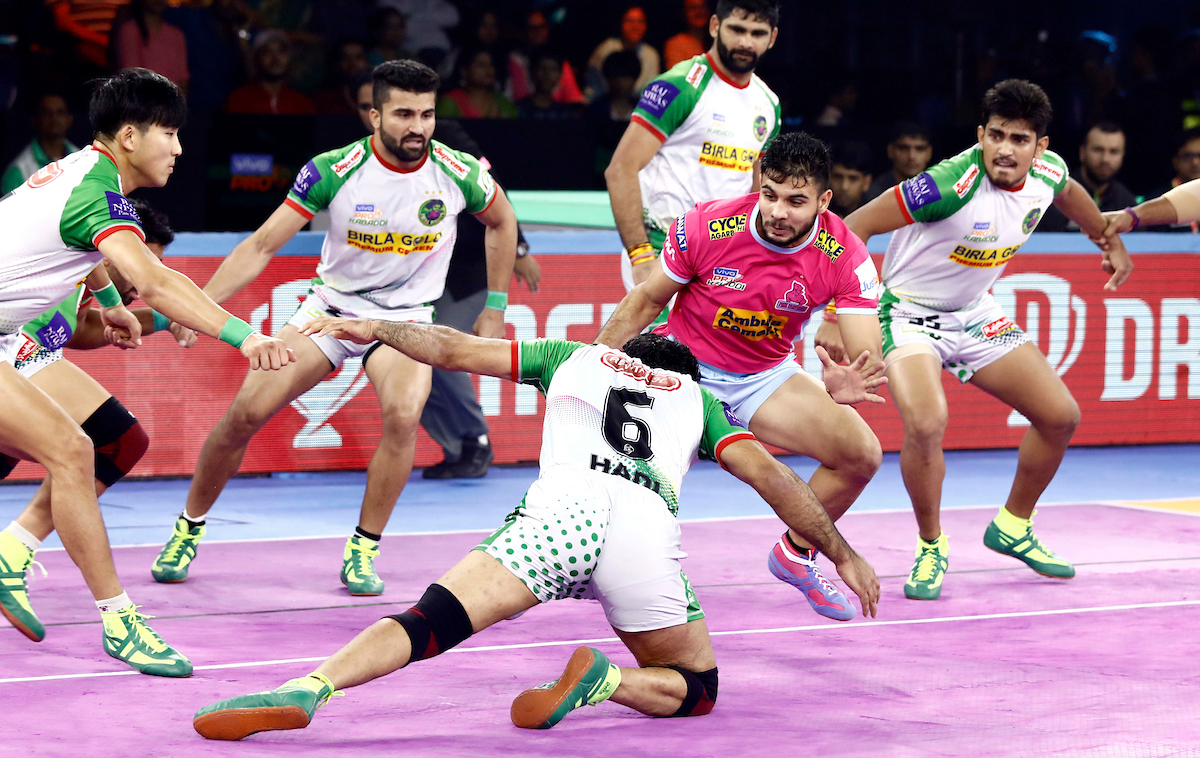