Three-time champions Patna Pirates defeated Gujarat Fortunegiants 39-33 in a VIVO Pro Kabaddi League match at the Shaheed Vijay Singh Pathik Sports Complex in Greater Noida on Saturday. Pradeep Narwal, with 17 raid points, was the hero of the match for the Pirates once again, as they came back from being 11 points down to clinch the match.

Coach Manpreet Singh was in no mood to try out young players in his Gujarat Fortunegiants side despite failing to make it to the playoffs but the season six runners-up made a slow start to the game. Ruturaj Koravi tackled Patna’s Pardeep Narwal in the first minute but the Pardeep came back to influence the match and push the Fortunegiants towards an All-Out. But the defense-heavy Fortunegiants had other ideas as they pulled off a series of Super Tackles (two on Pardeep Narwal and one on Mohammad Esmaeil Maghsoudlou) around the 10th minute to prevent the All-Out and move to a lead. Patna’s failure to revive Pardeep Narwal quickly meant Gujarat slowly got into the game and ended the second half strongly. The first half ended 19-14 with Gujarat on top. 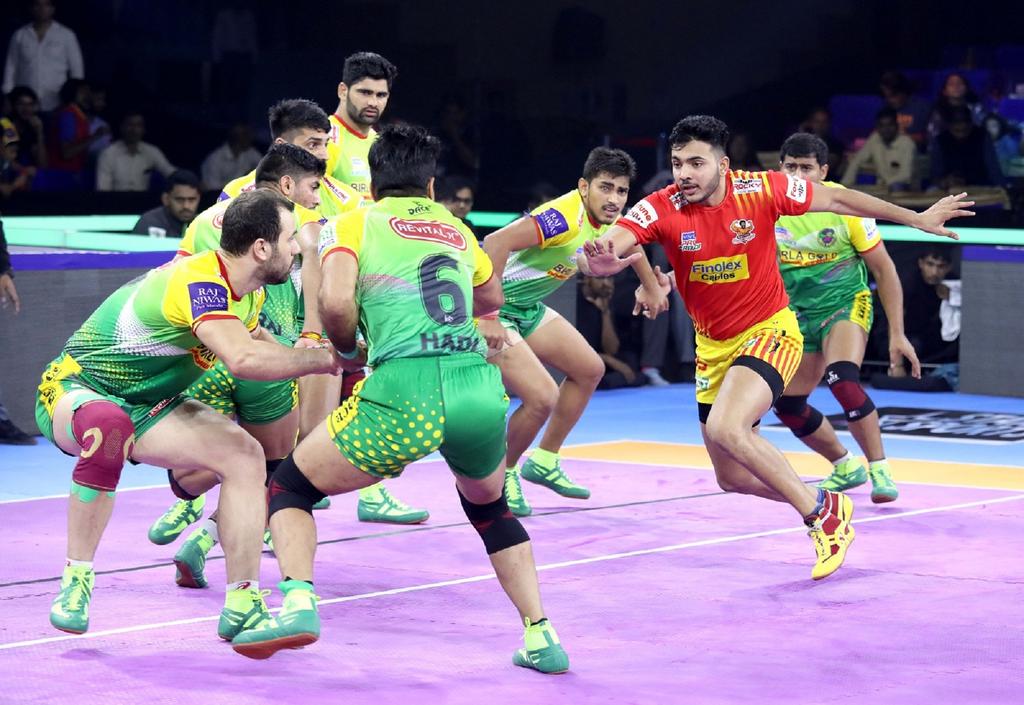 Gujarat dominated the early minutes of the second half and secured an All-Out in the seventh minute when Rohit Gulia pulled off a multi-point raid. Gujarat might have thought their 11-point lead would see them through but Pardeep Narwal and Patna had other ideas after the All-Out. Their aggressive approach paid rich dividends when the Pirates managed to inflict an All-Out on Gujarat to reduce the lead to a solitary point. The match continued to be closely fought as both sides exchanged leads. GB More clinched his Super 10 and was instrumental in giving Gujarat the lead going into the penultimate minute of the match. A strong tackle on Pardeep Narwal gave Gujarat a one-point lead. But Jang Kun Lee’s raid point and Maghsoudlou’s strong tackle once again handed Patna the lead in the final minute. Pardeep Narwal did the finishing act with a two-point raid that almost sealed the victory. The team wrapped up the final Gujarat player on the mat with a team tackle in the last play of the match to clinch an All-Out and the match. 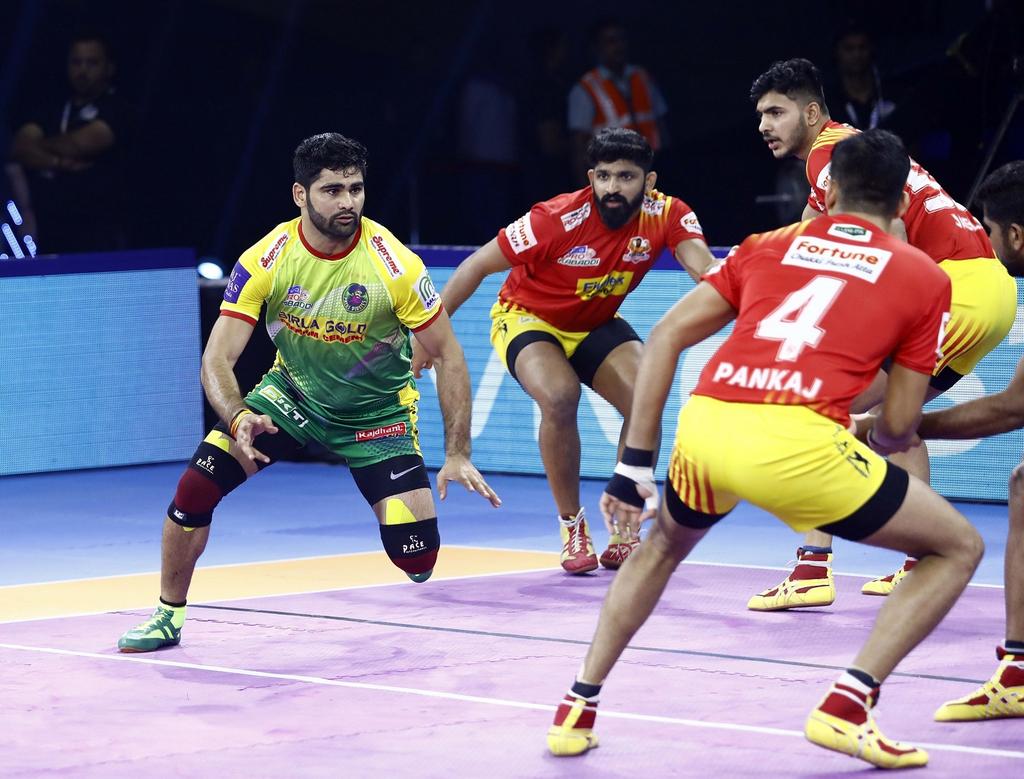