The first half of the match began with some fierce raiding performance by the star raiding duo of Dabang Delhi, Naveen Kumar, and Chandran Ranjit. All out inflicted on Bengal Warriors with just 5 minutes into the match gave a comfortable lead to the Dabang's of Delhi. It was not too late when the Bengal Warriors started integrating their raiding unit lead by K Prapanjan which brought them into the match. Dabang Delhi took twice as many tackle points as Bengal Warriors, which was the decision-maker at the end of the first half.

An all-out, a super tackle and extremely smart raiding and defensive play meant Delhi took the advantage of 7 points into the second half.

The story of 2nd half was full of excitement and surprises which began with Maninder Singh, the key raider for Bengal Warriors being substituted for Sukesh Hegde. K Prapanjan with his vibrant raids single-handedly brought both the teams to level terms and gave Bengal Warriors a 3 points lead with just 3 minutes to go in the match.

Naveen Kumar fought fire with fire to fetch 2 points in quick succession. K Prapanjan went for Bengal's do-or-die raid, which was also the final raid of the match. He claimed a touch point and went back in his half and was awarded the point by referees. However, Delhi challenged the decision and the TV umpire overturned the decision in Delhi's favor which leveled up the scores 30 apiece. Naveen Kumar was the star performer of the match with 11 raid points followed by K Prapanjan with 10 points to his name.

While these two teams were stragglers in the early seasons of the league with only one appearance each in the playoffs they have a rich history. A 5 - 6 head to head in favor of Delhi with one time does not point at much. However the recent form has been damaging with Delhi being unbeaten against the warriors in their most recent 5 games. Look forward to another thrilling top of table clash. 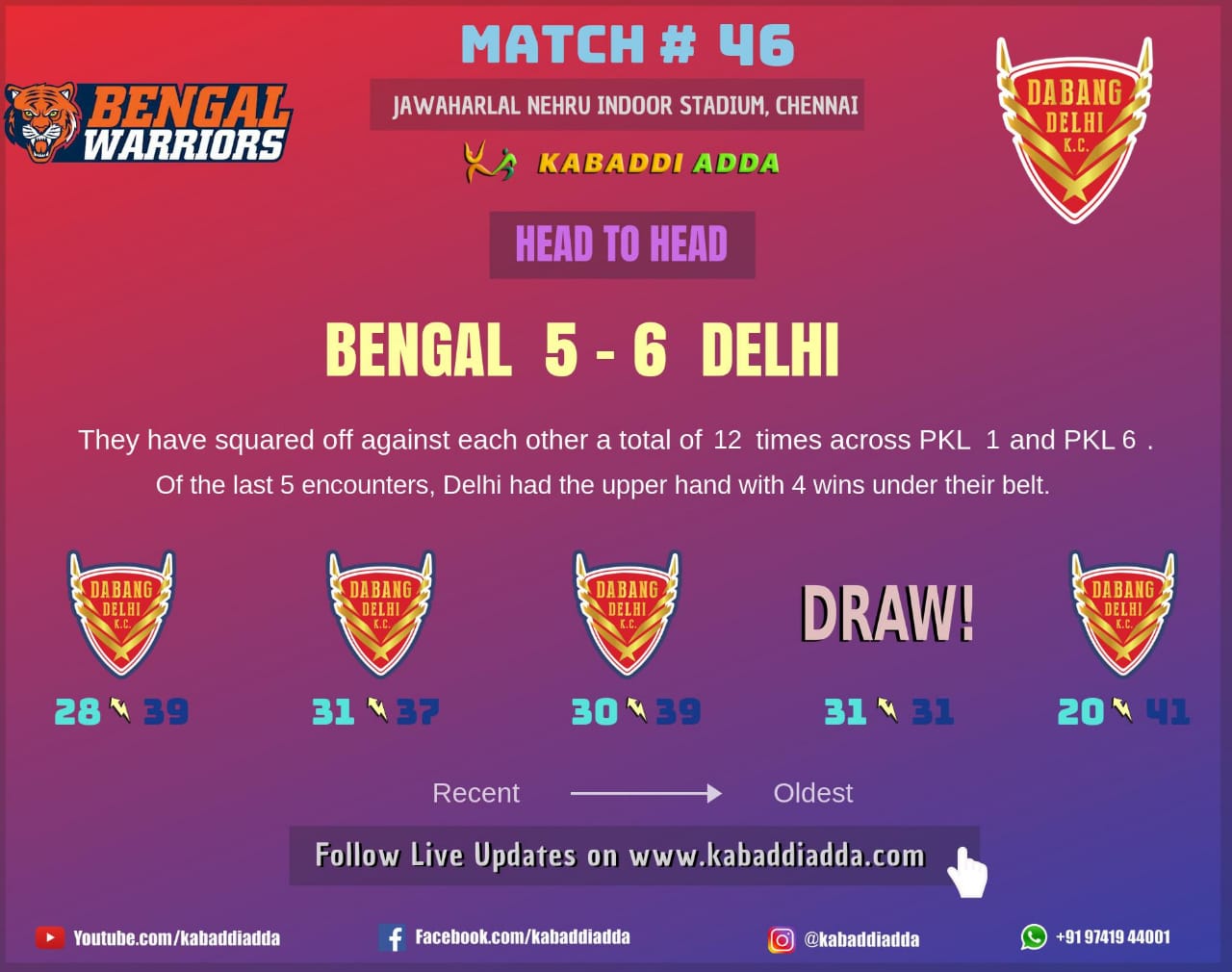