India's star raider Rishank Devadiga is celebrating his 26th birthday today (3rd February). The Mumbai based player is one of the top players of the Pro Kabaddi as well as for the Indian Kabaddi team. Rishank has a total of 671 points to his name in the PKL, the eighth-most by any player. He is currently a part of the UP Yoddha team for the last two years.

Rishank grew up in Mumbai and has been playing Kabaddi since the age of seven years. He began playing for the Mumbai district team and then went on to play for the Dena Bank team. His performance for the Dena Bank team led to his selection for the Maharashtra men’s kabaddi team, which he later went on the captain as well. Playing for Maharashtra, Devadiga ended his state’s drought to win a title. He led the team to a win at the 2017-18 Senior National Kabaddi Championships after 11 years. Based on his performance, Rishank selected in the Indian national Kabaddi team and was a part of the team that won the Kabaddi Masters 2018. He was earlier a part of the Indian team at the 2014 Beach Games. It is one of the highlights of his career till now. In the domestic circuit, Rishank plays for Bharat Petroleum Corporation Limited (BPCL) team and has led the team to various titles. 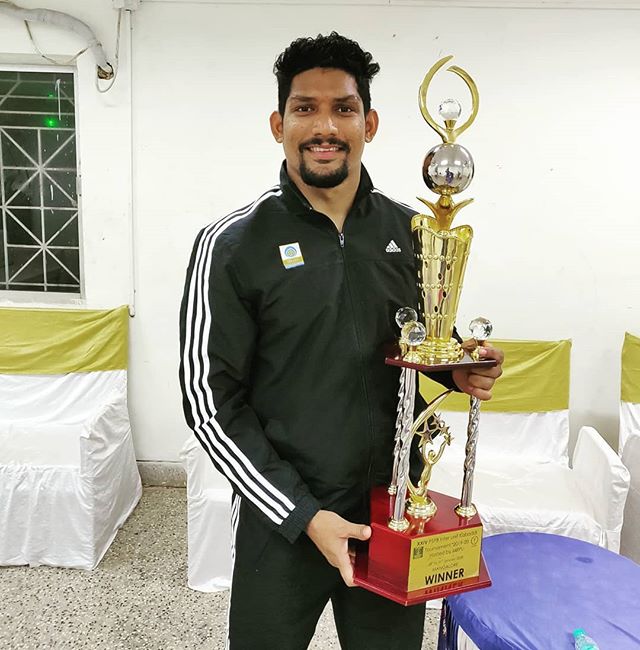 He made his debut at the Pro Kabaddi for U Mumbai in the first edition of the tournament. He went on to play for a total of four seasons for them. In the Pro Kabaddi Season 3, Rishank scored a total of 115 points, finishing in the second spot of the most points scored by a player. He scored 106 raid points, only 10 less than the top scorer Pardeep Narwal.

In the Pro Kabaddi Season 5, Rishank was bought by UP Yoddha for Rs. 1.11 crores and became one of the costliest players of the PKL. He was appointed as the captain of the team in the next season and went on to lead the team to the qualified 2 stage. His very first match as the captain saw him score a total of 28 points in a match against Jaipur Pink Panthers, his best performance to date. However, his performance dipped later as he managed to score only 104 points from 23 matches.

He was bought back by the Yoddhas for Rs. 61 lakh in the PKL 2019 Auctions. With his poor individual performances and injuries, Rishank was not able to perform well for his team in the last season of the PKL. He had an eye injury earlier, which was followed by an injury to his thigh. He would surely look to bounce back in the upcoming season and we look forward to seeing the do-or-die raid specialist back in form on the Kabaddi mat.