UP Yoddha beat Patna Pirates 41-29 in a VIVO Pro Kabaddi League match at the Sree Kanteerava Stadium in Bengaluru on Friday.

Shrikanth Jadhav (Super 10 with 10 points), Surender Gill (7 points) and Nitesh Kumar (5 tackle points) were all in form for the UP side who produced an all-round performance to secure an important victory that has them knocking at the doors of a playoff berth sitting in seventh place. Three-time champions Patna Pirates struggled to get a stranglehold of the match despite another Super 10 ( 14 raid points) from their raider Pardeep Narwal. 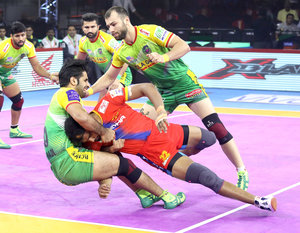 The lack of alternatives to Pardeep Narwal in the raiding department has been a major problem for Patna Pirates in this season and it was all too evident once again in the early minutes of their match against UP Yoddha. A strong tackle in the second minute meant Pardeep had to go to the dugout and it was no surprise that Yoddha inflicted, rather comfortably, an All-Out on the three-time champions on the seventh minute. A seven-point lead by the seventh minute meant the UP team took a relaxed approach. But cautious approaches seldom work in a game for the brave hearts, and Patna clawed their way back into the match through two Super Tackles by Monu and Hadi Oshtorak. Vikas Jaglan and Pardeep Narwal’s two-point raids further reduced the deficit towards the half time. The first half ended with UP Yoddha leading 16-14 but the momentum with the Pirates. Patna clinched their first All-Out of the match in the first minute after the restart and dominated the early minutes of the half to secure a lead. But Patna’s error-prone defence faltered when it mattered and slowly allowed Yoddha to come back into the match. Nitesh Kumar was brilliant in the Yoddha’s defence, picking up a High 5 in the seventh minute of the half with an ankle hold on his nemesis Pardeep Narwal. Surender Gill’s clever raids allowed the UP side to inflict another All-Out with nine minutes remaining and move to a six-point lead. Pardeep Narwal clinched a Super 10 in the final minutes but Patna couldn’t manage a way back into the game. It got worse for the Pirates with less than three minutes remaining in the game when they suffered another All-Out. 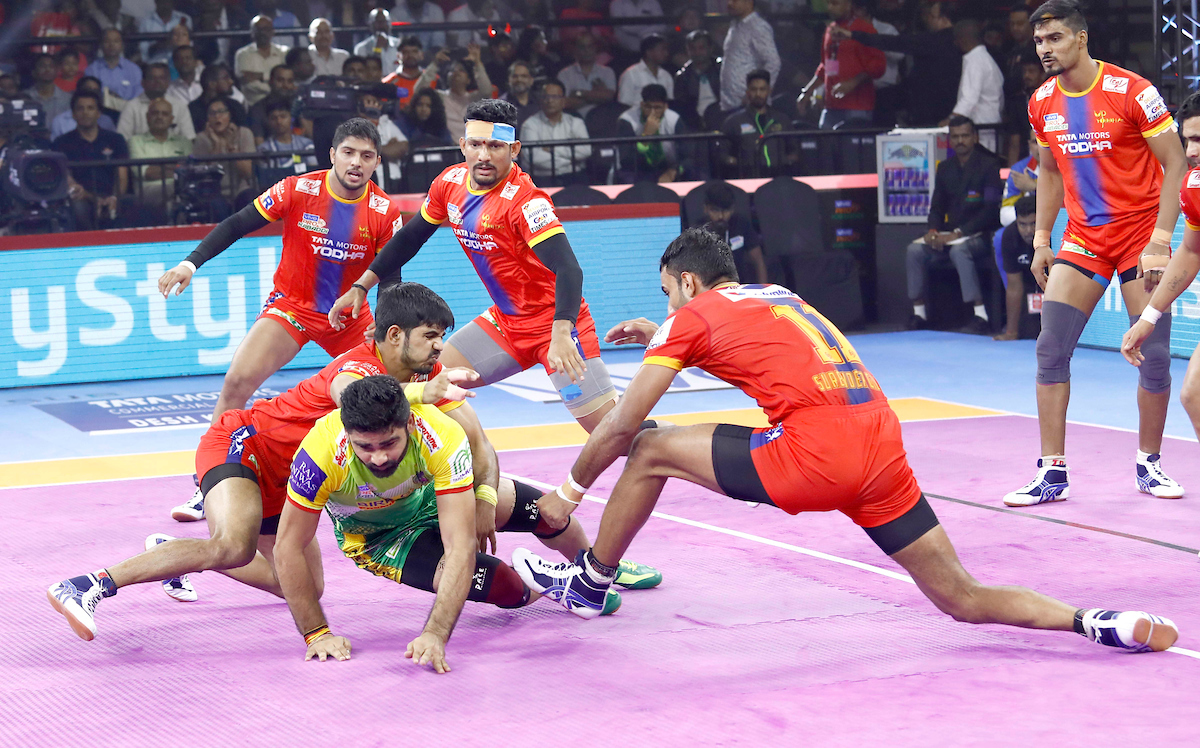