The 8th edition of the Pro Kabaddi League closed its gates on February 25, 2022. In this article, we shall talk about 2 such positions that are considered to be important. The right and left cover. 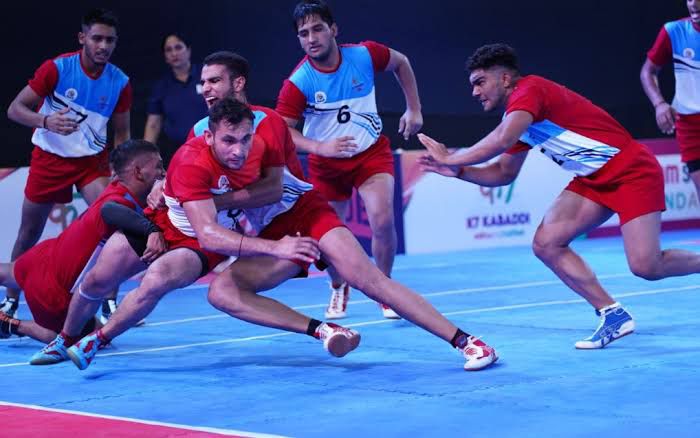 Kabaddi is not just a game of raiders or defenders. It’s a balance of both that guides to the team’s victory making each position equally important. The team's 'covers' normally take up positions within the 'corners' and 'ins' on both sides of the mat and serve as a support system for the former's chain (corner and in). Their primary task, however, is to protect their star raiders, who take up the strongest position on the mat, namely 'center,' from being touched out by opposing raiders. Some teams even utilize their 'cover' defenders to take on raids so that their star raiders can get some much-needed rest or be saved for do-or-die raids.

During a chain tackle, the right cover provides help to the defensive unit. Aside from that, the right-cover defender usually begins the raider's dash from the right side of the court. Here’s a list of the top 3 covers of the 8th season.

1. Surjeet Singh - Tamil Thalaivas added this player to their team for the 8th season of PKL. Surjeet has been competing in the Pro Kabaddi League since season 3 which made him the most experienced player on the mat. He had a rough season throughout as he managed to score 53 points in 20 matches with 2 high 5’s and 4 super tackles. He tackled with an average of 2.65 points per match and had a tackle strike rate of 49%.

2. Neeraj Kumar - Adding himself to the emerging player's list, Patna’s Neeraj Kumar registered his name in the Top 3 Right Covers list. He scored lesser points compared to his previous season but showcased much improvement in his skill set. The Pirates brought him out on the mat for 23 matches that allowed him to keep a tackle strike rate of 43%. Overall, this player scored 54 points in total with 2 high 5’s and 1 super tackle and tackled at an average of 2.3 points per match. Out of his 54 points, 53 came in from defense whereas the single point got added as a raid point.

3. Ashu Singh - U.P Yodha’s Ashu Singh showed remarkable improvement in his performance in the PKL Season 8. Compared to his last season, he had an average of 2.13 points per match to 1.83. Ashu registered 7 super tackles and a single high 5 with a total of 49 tackle points. He played 23 matches and ended his season with a 45% tackle strike rate.

The left cover defender serves in the same space as the right cover defender, attempting a sprint on the raider from the left side of the court while also giving chain support to his corner.

1. Jaideep - Topping the list by miles is none other than Jaideep of the Haryana Steelers. Jaideep competed in his first season of the Vivo PKL and placed himself in the Top 5 defenders list. With 66 points in just 22 matches, this boy registered 5 super 10’s and super tackles under his name. He tackled at an outstanding average of 3 points per match and ended the season with a strike rate of 55%.

3. Mahender Singh - With a strike rate of 48% in 20 matches played, Mahender managed to score 39 points this season. He has been playing for the Bulls since season 5 making him one of the experienced players of the team. Mahender registered 8 super tackles and 2 high 5’s with an average of 1.95 points per match.