A defensive masterclass by U Mumba helped them beat UP Yoddha 39-36 in a VIVO Pro Kabaddi League match at the Shree Shiv Chhatrapati Sports Complex, Mahalunge, Balewadi, Pune on Wednesday.

Surinder Singh secured a High 5 (6 tackle points) and Fazel Atrachali (3 tackle points) were the heroes in Mumbai’s defence, while Abhishek Singh led the attack with a Super 10 (11 raid points), as  U Mumba displaced UP Yoddha in the fifth place of the points table. 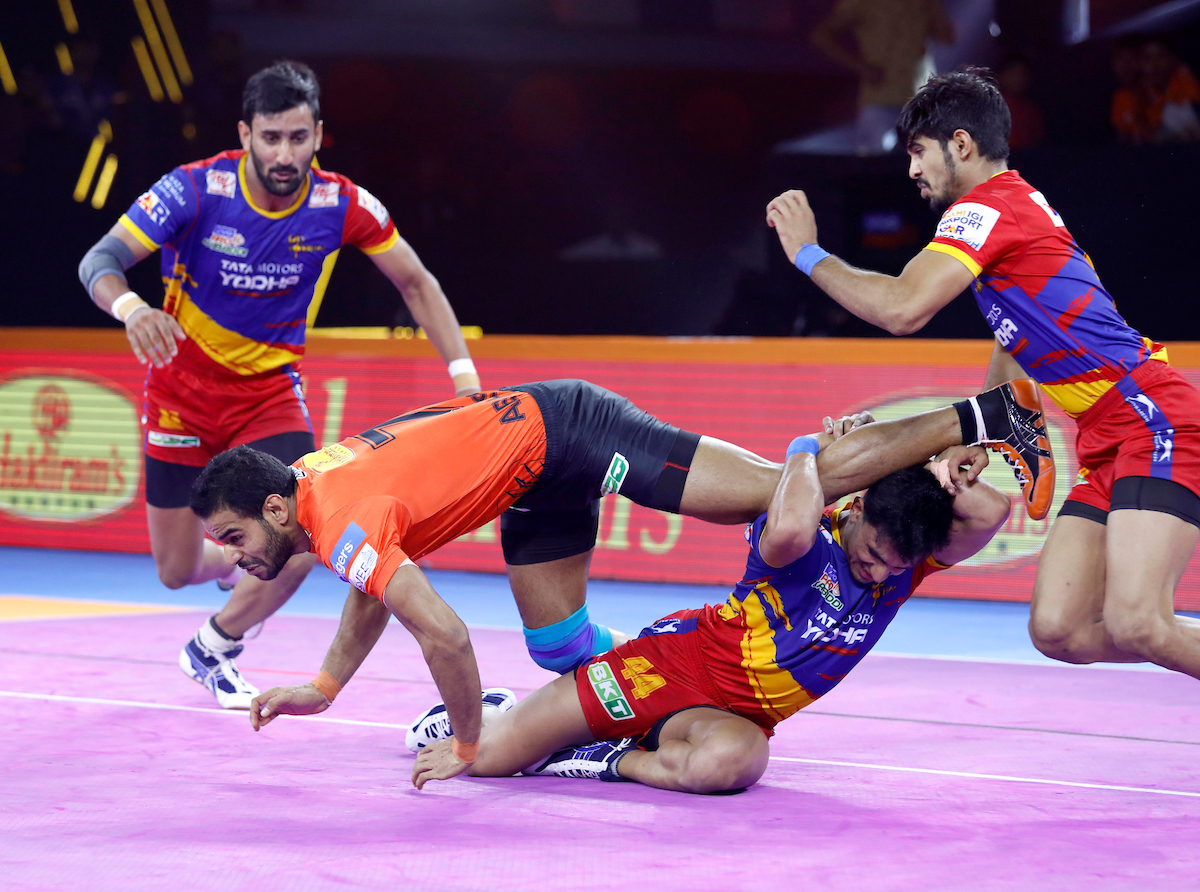 An evenly fought first half saw UP Yoddha start on the front foot. Both teams had a high line of defence who were in no mood to let the raiders have an easy day and it was Sumit’s tackle in the fourth minute that set the tone early. A few uncharacteristic errors from the Mumbai defence allowed Yoddha to dominate the first 10 minutes of the match with the UP team clinching their first All-Out in the 9th minute and open up a 9-point lead. But U Mumba were in no mood to take a beating and their defenders got into the game after the All-Out, thwarting all the raiders that dared to come in their half. Ashu Singh’s Super Tackle on Mumbai’s Abhishek Singh gave a temporary revival for Yoddha but the Mumbai team clinched their All-Out with under two minutes remaining to half time. The half time ended with scores 16-15 in favour of the UP side. 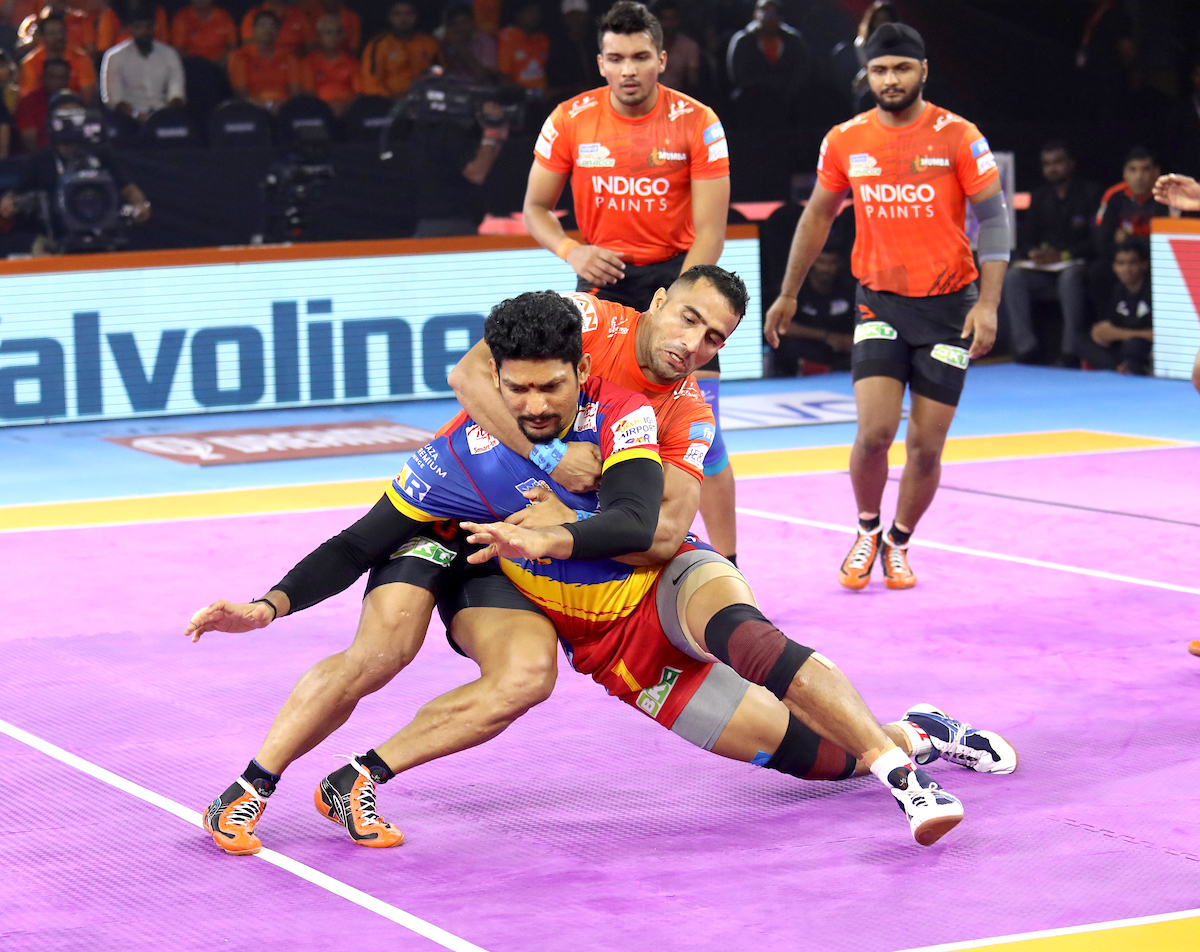 The second half saw both U Mumba and UP Yoddha trade blow for blow. A two-point raid by Arjun Deshwal gave U Mumba the lead for the first time in the fourth minute of the half but UP Yoddha immediately clawed their back with a Super Tackle. 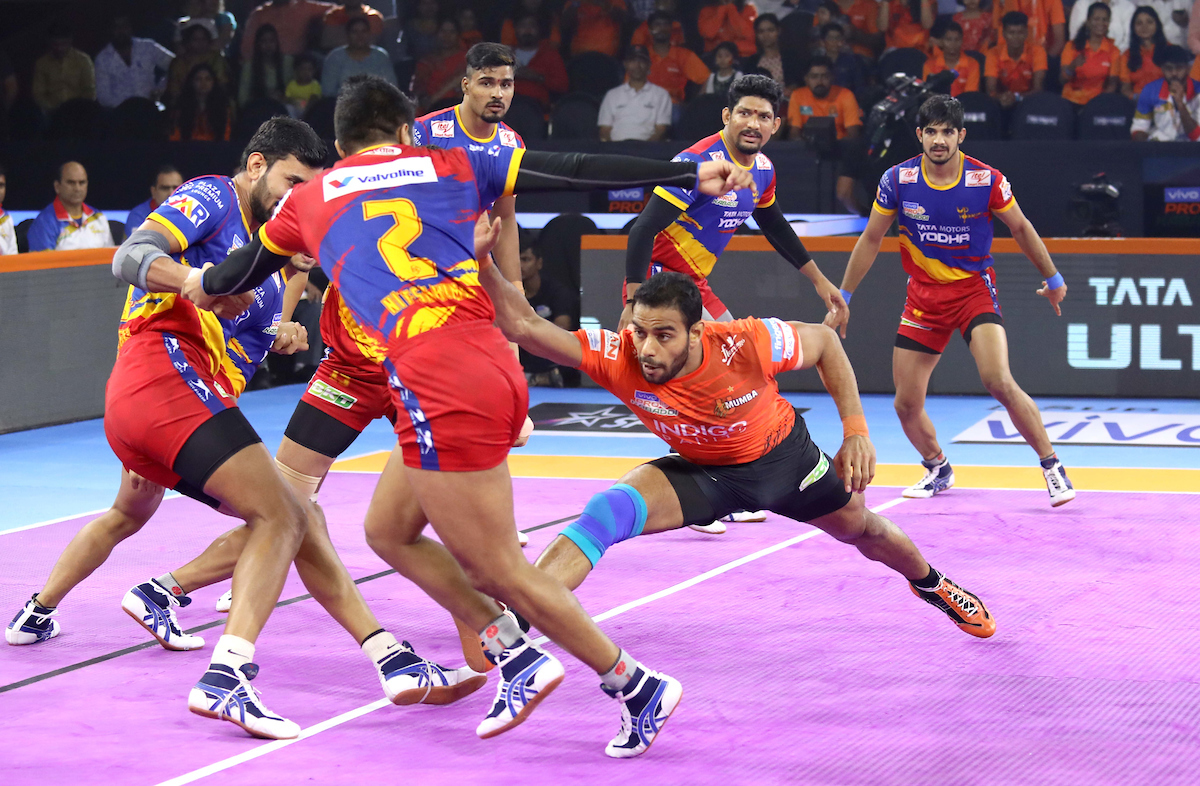 Both sides kept pushing it to the extremes in the dying minutes as defenders stepped up their game. Surinder Singh secured a High 5 (his second of the season) for U Mumba. The most important move of the match came with slightly less than six minutes left in the clock by Abhishek Singh. His three-point raid gave Mumbai a lead and Mumbai secured an All-out in the subsequent raid by Yoddha to open up a three-point lead. A three-point raid in the dying minutes by Rishank Devadiga made it a nervous ending for U Mumba but they managed to hold to their nerves to secure an important win.