In spite of the changes in the structure of the league, teams as well as revamping in the auction, U.P. Yoddha has played remarkably well to maintain its position in the top 6. We analyse the reasons why the team has been successful this season. 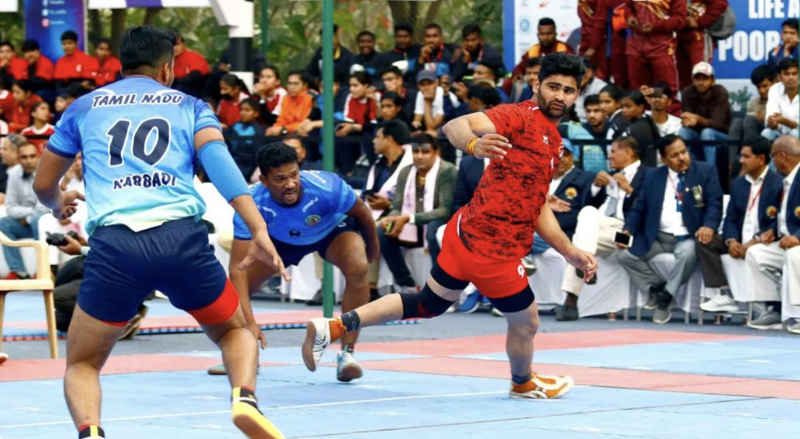 The expansion of the Pro Kabaddi League has meant that the excitement has ameliorated multiple times. The competition has increased and it has been incredibly difficult for the teams to maintain consistency in the 12-team tournament. Since the arrival of the four new teams, U.P. Yoddha is the only team to have qualified for the playoffs in all the editions. In spite of the changes in the structure of the league, teams as well as revamping in the auction, the north Indian franchise has played remarkably well to maintain its position in the top 6. We analyse the reasons why the team has been successful this season.

The franchise has a habit of being in good form in the last few matches and have handled pressure exquisitely well in the last matches when the playoff equations get tougher for the teams. The U.P. started off slowly in the recently-concluded season 8 with just a solitary victory in the first seven matches as they shared honours in a couple of close matches as well. From match 9 to match 13, they won four out of the five matches and had resurrected their campaign. In their last five matches of the league stage, they won four encounters and sparked a commendable turnaround in the league. In season 7 as well, they won 5 out of their last 6 league matches to make it to the playoffs.

In this season, they realised that Surender Gill was a better performer than the talismanic Pardeep Narwal and gave him the responsibility of leading the raiding unit after the initial stages. Gill and Narwal had 189 and 188 raid points respectively at the end of the season. Given that Gill started off the season as a second fiddle to Pardeep, it is a significant achievement to end up as the leading point-getter.

The team has identified problems and found a solution relatively quicker than the other teams and that has worked in their favour.