After an immense battle between the 4 teams, Army Red defeated the Airforce team to bag the first position in the tournament. The Inter-Services Kabaddi Championship took place at New Delhi’s Air Force station and was organized by the Army Sports Control Board. This championship would act as a benchmark for the selection of the players in the Services team.

The final whistle ended with a score of 44 - 36, helping Arjun Deshwal’s Red Army to defeat the Air Force by 8 points. PKL’s star player Naveen Express leading his team had to face a defeat this time. This tournament featured some of the big names of the Pro Kabaddi League such as Monu Goyat and Manjeet. 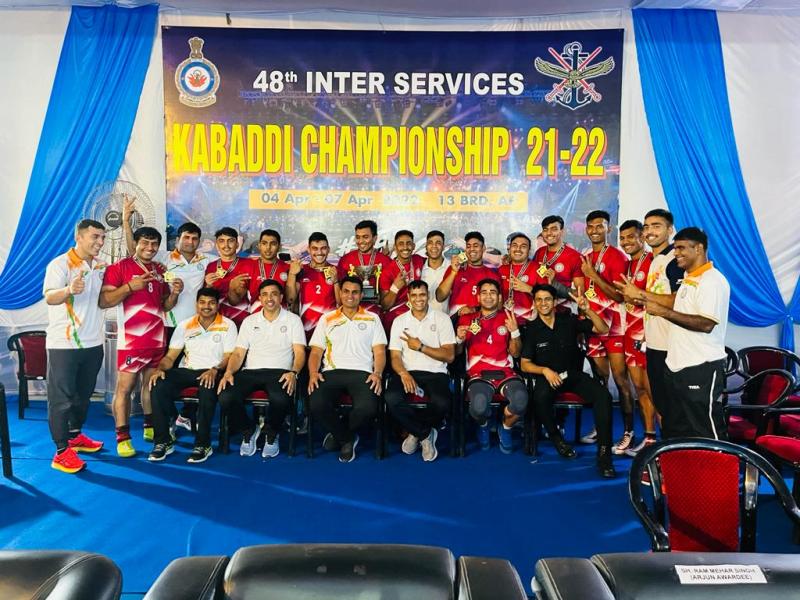 Apart from the finals, Monu Goyat’s Green Army had to walk back after losing to the Indian Navy. Players walked off the mat with a score of 44 -33, helping the Navy to bag the 3rd position in this tournament.

Stay tuned for more information about the upcoming tournaments and don’t forget to follow Kabaddi Adda!