In the final match of the Pune leg, Puneri Paltan and UP Yoddha went head to head.
Pune won the toss and chose court. The Puneri Paltans were missing their star defenders in Girish Ernak and Sandeep Narwal.

​The first point of the match was picked up by Yoddha's Prashant Kumar Rai who had 8 points​ in 16 raid attempts. For Pune, Monu was the best raider wih 7 points in 13 raid attempts.
In the defence, Sagar Krishna for the Yoddhas and Ravi Kumar for the Pune were the highest with 3 points each. 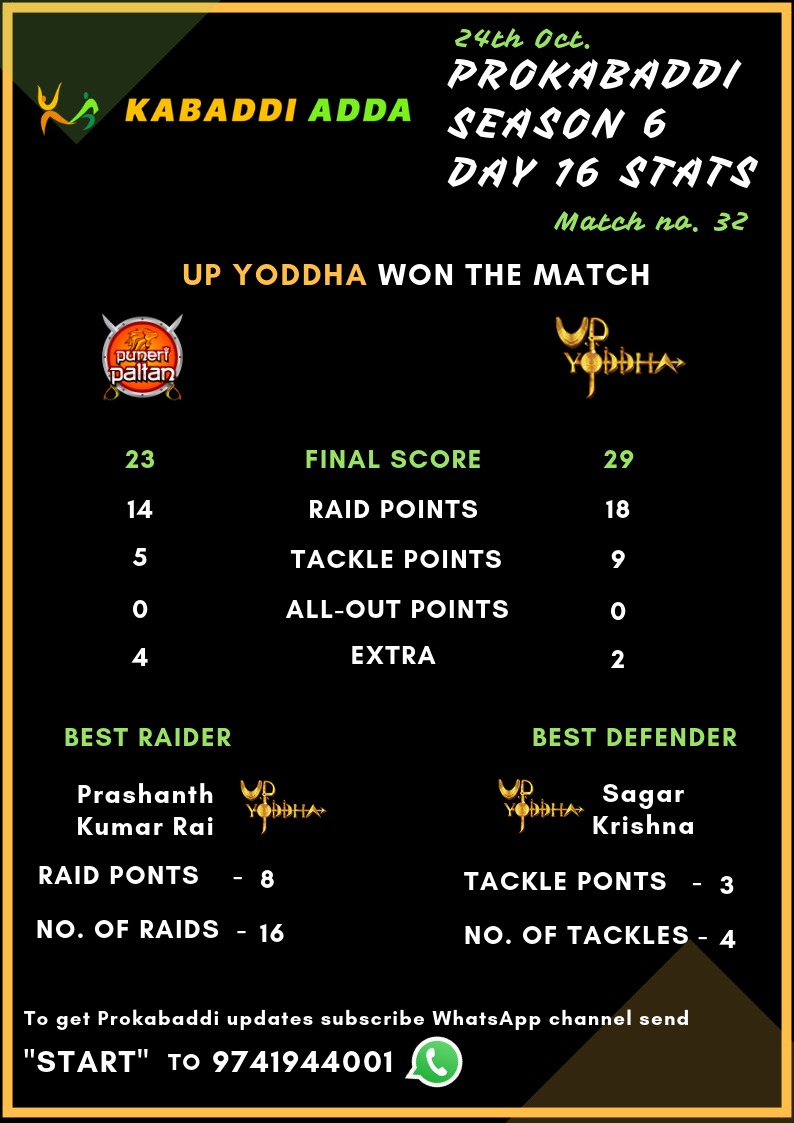 The UP Yoddha was successful in keeping Nitin Tomar quiet, who still managed a High 5.

​The match also witnessed, Rishank Devadiga being substituted because of an injury. We hope he recovers soon and displays his raiding prowess again.​