Rohit Gulia scored a super-10 as Gujarat Fortune Giants returned to winning ways in the Pro Kabaddi League Season 7 with a thrilling win over former champions Patna Pirates in Chennai on Friday. In a closely fought encounter, Manpreet Singh’s boys registered a 29-26 win.

In the process they also halted their six match losing streak. This was Patna team’s 7th loss in 10 matches. Gujarat Fortune Giants has climbed to sixth in the points tally. 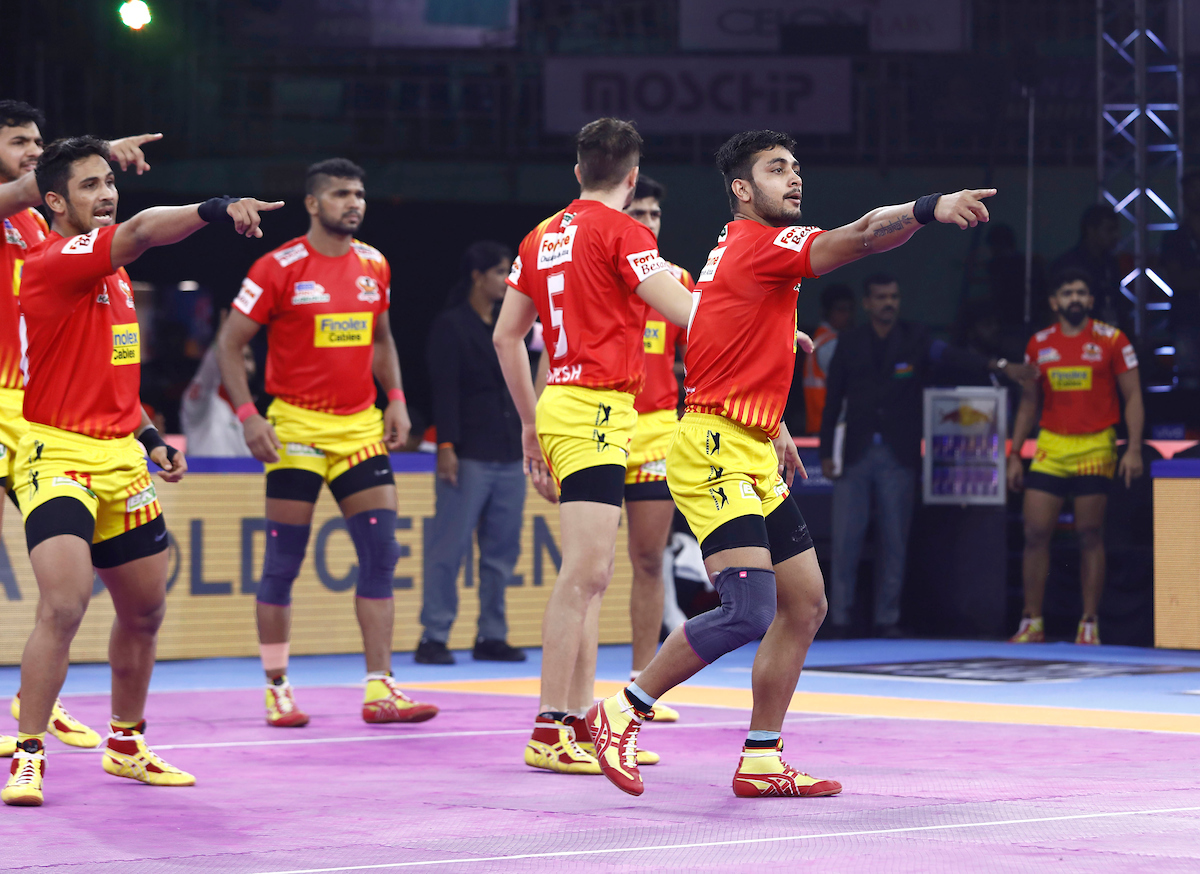 The match had reached heart-stopping moment in the penultimate minute, when Giants enjoyed a narrow 28-26 lead, with three raids possible. Gulia subtly consumed 15 precious seconds before commencing his charge. Patna all-rounder Mohammad Esmaeil Maghsoudlou failed to read Gulia’s intentions and was trapped. Gulia not only completed a well-deserved Super-10 but also earned valuable touch point to put the match beyond Patna’s reach. Final two raids of the match were empty, allowing Giants to begin the celebrations. 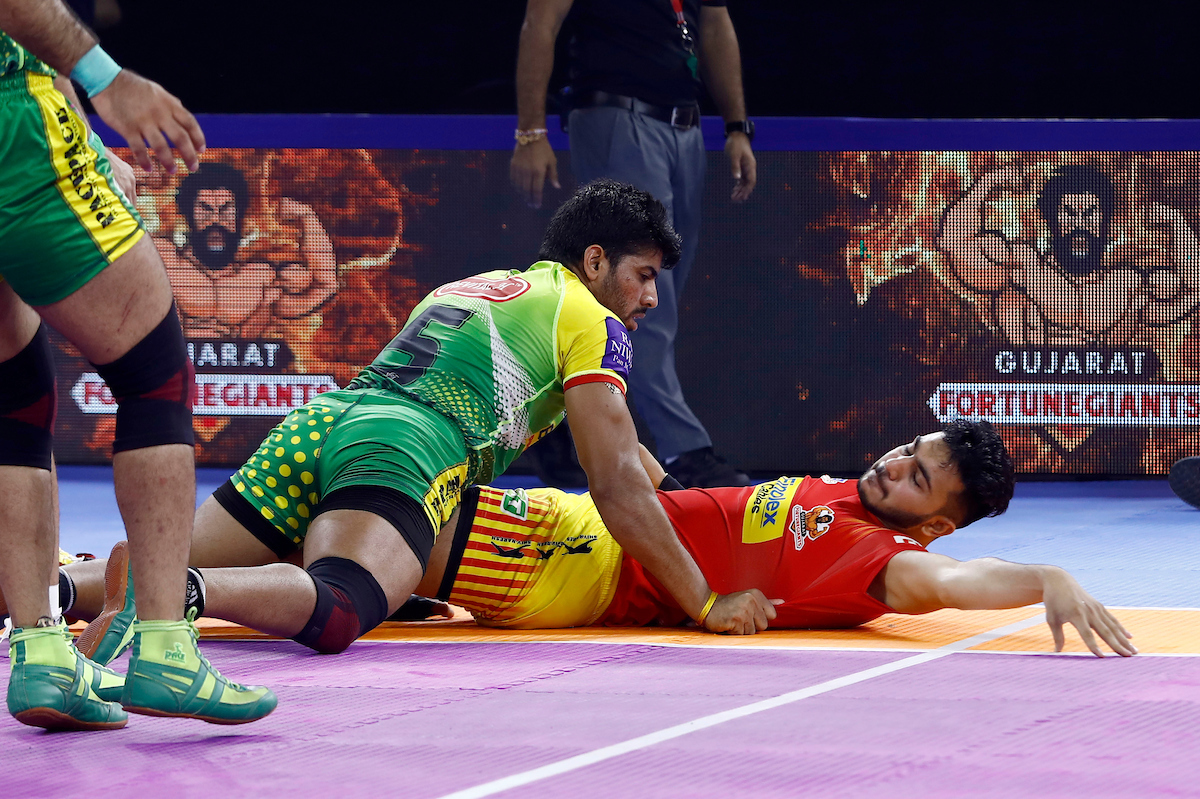 The match had started on an explosive note. If Pardeep Narwal with a running hand touch opened his and Patna's account in the very first raid of the match, Giants' top raider of the season Rohit Gulia reciprocated with two touch points in his first.

However, Pardeep Narwal who has troubled Giants in the past looked to repeat his act when he scored a super raid in the fourth minute. Three minutes later Patna inflicted the first all out as Giants trailed 3-10. For a moment it seemed it wasn’t Sunil Kumar led team’s night. 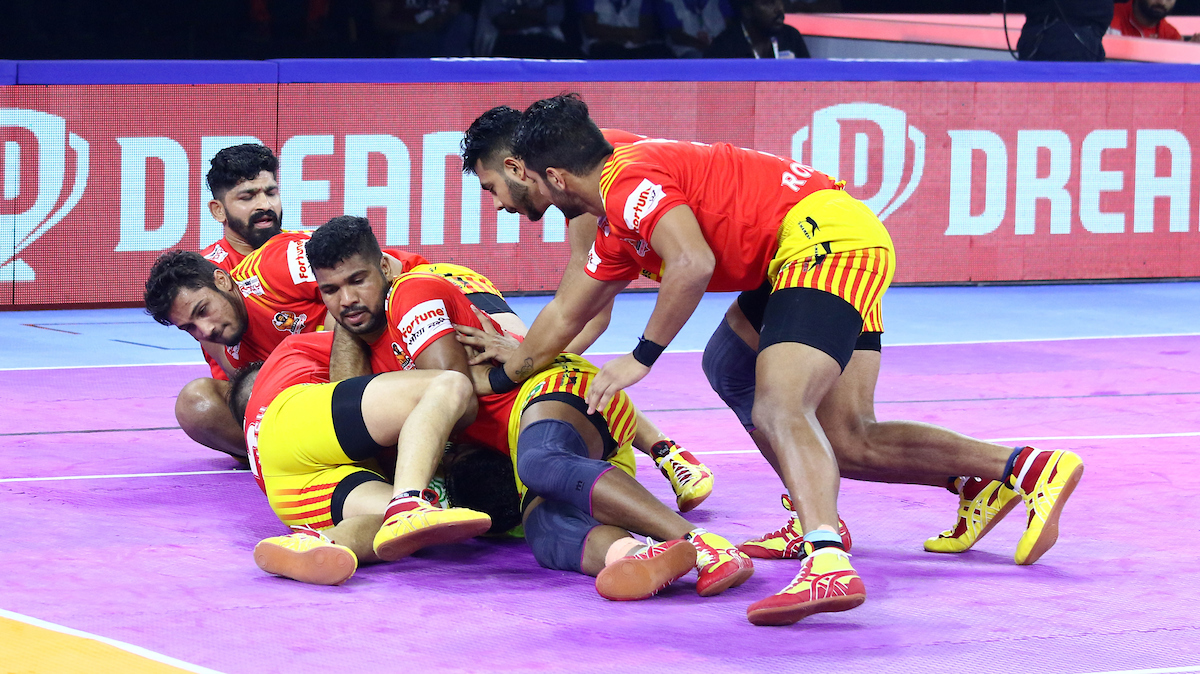 Things started changing when the popular chain of Parvesh Bhainswal and Sunil nullified Pardeep’s dubki and then all-rounder Rohit Gulia slowly but steadily contributed with bonus points. Giants showed self-belief and by half time they had reduced the margin to 11-15. 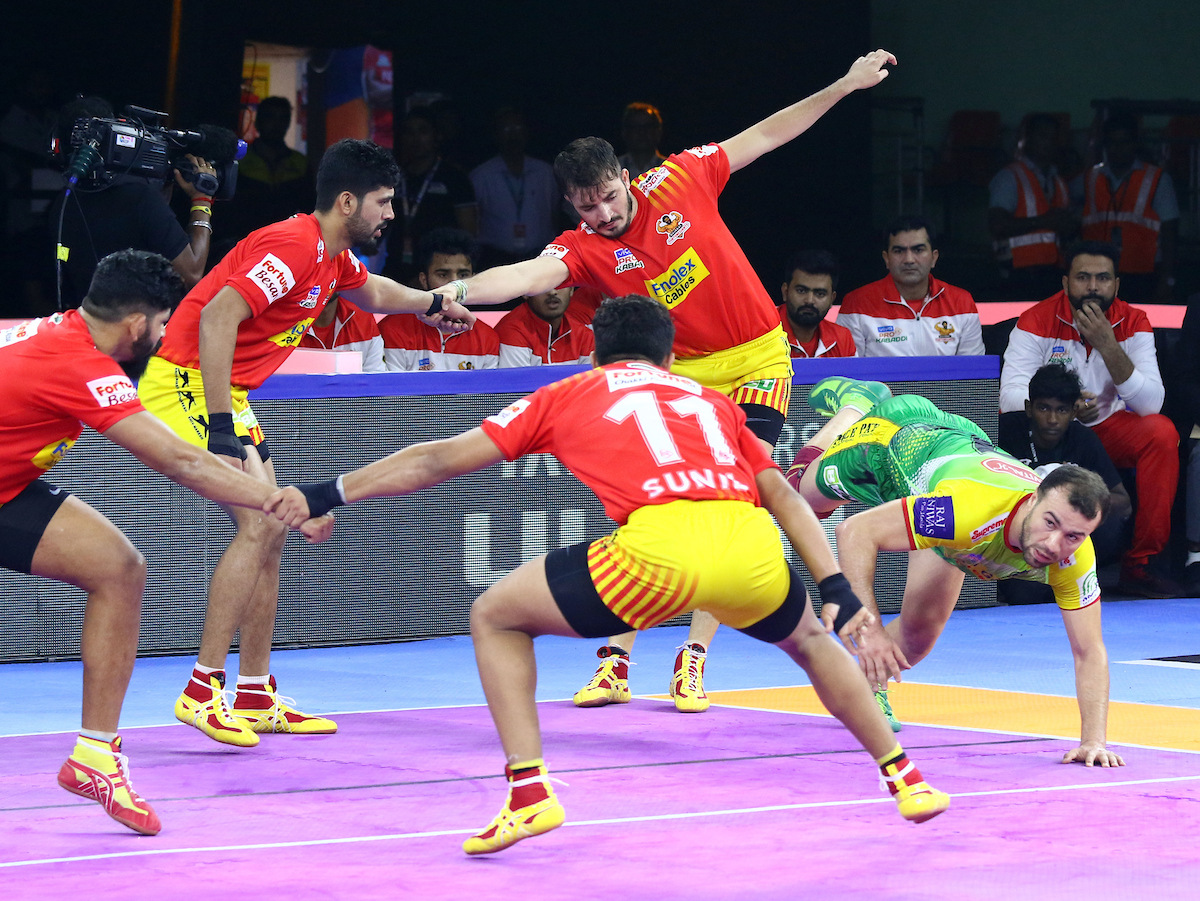 With Gujarat defence back in form, Pardeep Narwal and other Patna raiders were made to look ordinary. Ruturaj Koravi’s outstanding ankle-hold tackle saw Monu back on the bench. Few minutes in the second half when Patna’s Iranian all-rounder Hadi Oshtorak was tackled, Gujarat inflicted an all-out and snatched the much needed initiative. For rest of the match, Giants had a slender lead of two points and they managed to keep it intact till the last whistle to hand Patna their 7th defeat of the season.