Haryana Steelers showed great character and resilience to beat Gujarat Fortunegiants 38-37 to qualify for the play-offs in Pro Kabaddi League season 7 held at the Tau Devi Lal Sports Complex in Panchkula on Sunday. Raider Vikash Kandola starred for the Steelers by scoring yet another Super 10.

Haryana Steelers got the scorecard ticking right from the word go. Raider Vikash Kandola set the ball rolling and was soon complemented by raiders Vinay and Prashanth Kumar Rai who ensured the Steelers were in the contest. 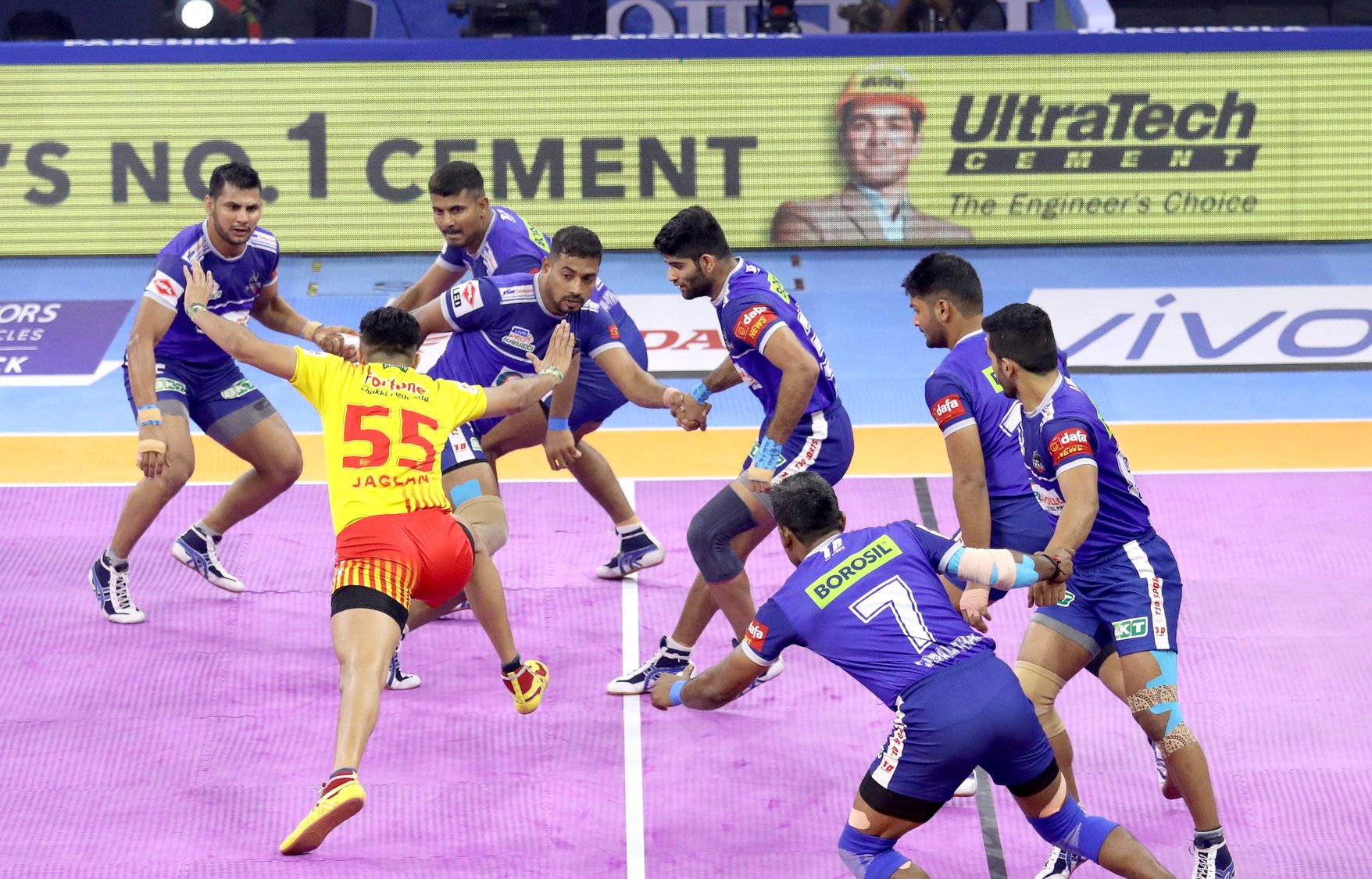 Halfway through the first period the Steelers were five points behind the visitors. Prashanth was making sure Haryana were always in the match by picking up bonus points. With seven minutes left in the first half, the captain of the Steelers Dharmaraj Cheralathan showed great experience in tackling raider Rohit Gulia. However, the first half ended with the score at 14-19 in favour of the visitors.

At the start of the second half, Prashanth showed great speed as he came up with four consecutive successful raids. The lead was soon reduced to two in the first five minutes of the second period. 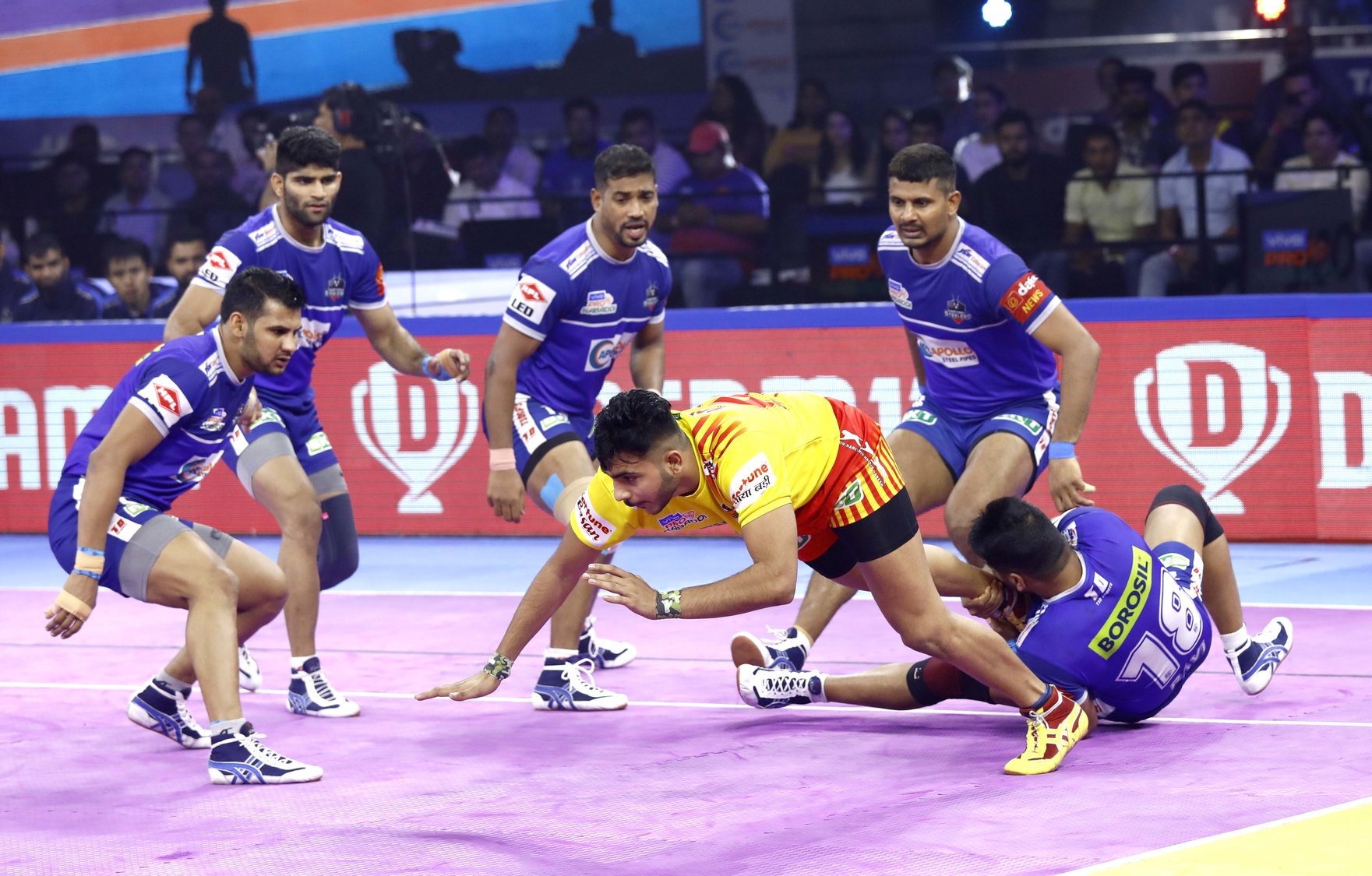 The defense of the Steelers also held shape and were playing their heart out to ensure Gujarat remained within reach. With 11 minutes left Cheralathan came up with a Super Tackle, this was the skipper’s 25th Super Tackle overall. Vikash also completed 150 points this season.

Vikash scored a Super Raid in the 33rd minute, bringing the Steelers back into the match.  With just three minutes left in the match, Haryana took the lead for the first time, again through Vikash who ensured Fortunegiants were all-out.

The scores were level in the last few seconds and Fortunegiants raider Rohit Gulia was trying to win the match for the visitors. A last-minute dash from defender Sunil ensured Rohit was pushed off the mat and Haryana won the match by a point.

The Haryana Steelers will next take on Bengaluru Bulls at the Tau Devi Lal Sports Complex in Panchkula on 2 October 2019, Wednesday.