The knockout stage of the 66th edition of the Senior Nationals bore witness to some thrilling action as the sixteen teams in the fray battled for a spot in the semifinals stage at the Dr. D.G Tatkare Krida, Roha Raigad, Maharashtra. 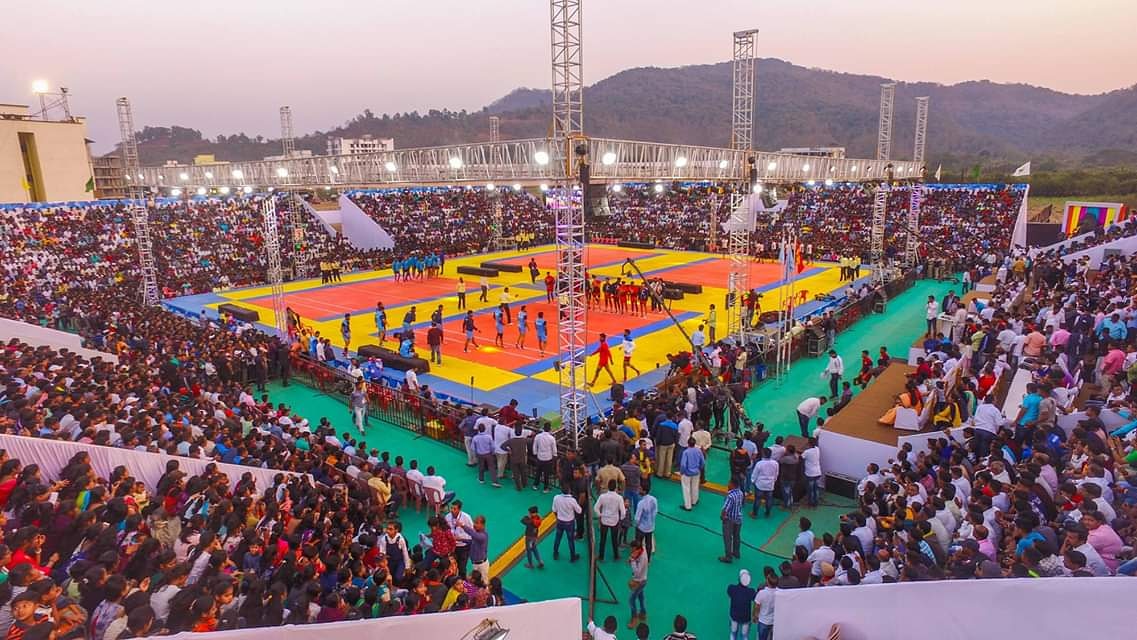 In the pre-quarterfinals stage, hosts Maharashtra claimed a comfortable 54-38 win over Kerala to grab a spot in the next stage while Bihar held on by the skin of their teeth to eke out a nail-biting 45-44 win over Sachin Tanwar’s Rajasthan.

Delhi’s qualification into the Round of 16 was short-lived as they were decimated by a power-packed Indian Railways unit which won 56-31 while in the next game, Group ‘C’ table toppers Karnataka knocked Pondicherry out of the competition courtesy of a massive 64-22 win.

The much fancied Services team was given a slight scare by Himachal Pradesh but managed to pull through to win 36-32 while Uttarakhand continued to win big and decimated Telangana 53-27.

Rahul Chaudhari’s Uttar Pradesh made short work of the Gujarat team as the former claimed a big 48-22 win before Haryana walked into the quarterfinals as a result of their 35-20 win in the final game of the pre-quarterfinal stages.

In the quarterfinals, Maharashtra’s positive show in the lead up to the knockouts seemed to rub off on their show in the battle against Bihar as they trounced their opposition to win 39-16.

Railways, on the other hand, were dealt with quite a challenge as they faced an experience-filled Karnataka squad that fought hard for a spot in the semifinals, only to succumb in the end to the might of the Railways as Cheralathan’s men won 53-42. Pawan Kumar Sehrawat was amazing in this tie.

Monu Goyat’s men squared off against Uttarakhand in the penultimate quarterfinal and did not face much of a challenge as Uttarakhand failed to put in their best that resulted in Services’ comfortable 42-30 win.

The final quarterfinal housed a series of twists as two crowd favorites in Uttar Pradesh and Haryana faced off.

In the opening half, it seemed as if Surender Nada’s men had the game wrested in their grip with a 33-14 lead but were soon sent on a leather hunt by the Uttar Pradesh raiders as Rahul Chaudhari’s side came back very strong but unfortunately ended up on the wrong side of the result by just the one point.

Courtesy of a nail-biting 49-48 win for Haryana and Pardeep Narwal, Uttar Pradesh were sent out of the tournament as Surender Nada’s side joined Maharashtra, Railways, Services in the semifinals.