Narwal’s 26 points exposed the problems in the Tamil Thalaivas side who looked answerless, especially in defence, against a bottom-placed Patna unit.  Ajith Kumar, with a Super 10, was the only positive for the Thalaivas in what was otherwise a horrible day on the mat for the star-studded team. 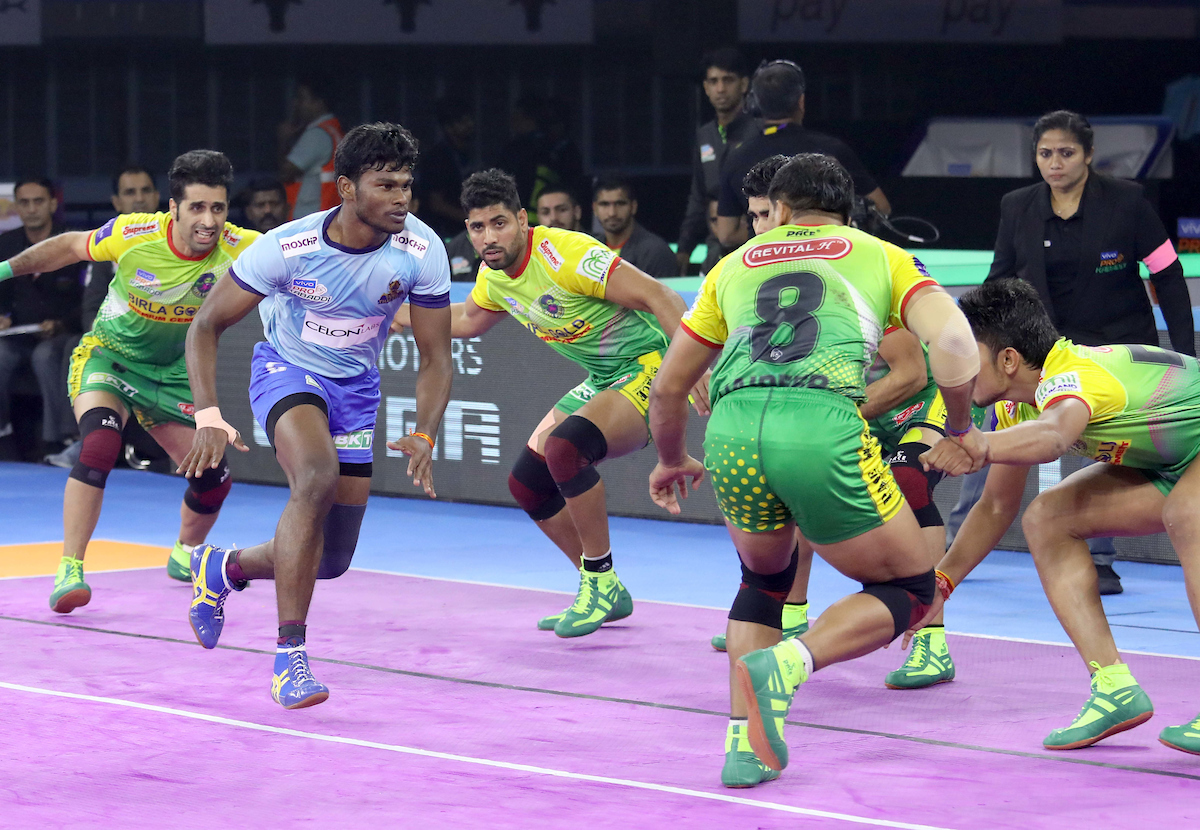 Not so surprisingly, the first half was all about the raiders as they ran riots against two of the poorest defences this season. Newly appointed coach Udaya Kumar had claimed his Thalaivas side were only playing for individual glory and that was once again visible as a disjointed unit failed to perform on the mat. Rahul Chaudhari once again struggled to impress in his raids, despite going against the poor defence of Patna, leading to more questions as to why Ajith Kumar has not yet been handed over the lead raider duties. Patna inflicted the first All-Out on Thalaivas in the 8th minute of the half even though Ajith Kumar had managed to expose some chinks in their armour as well. With both the defences looking shaky (Thalaivas went in the match with an average of 20 unsuccessful tackles per match in their last four encounters), the match looked like it would become a battle between Pardeep Narwal and Ajith Kumar. Pardeep Narwal cruised to a Pro Kabaddi Milestone of 1000 raid points (the first player to do it) in the fifteenth minute of the match but Thalaivas gained some momentum towards to final stages of the first half with Vineet Sharma pulling off a few tackles. The first half ended with Patna leading Thalaivas 18-13. 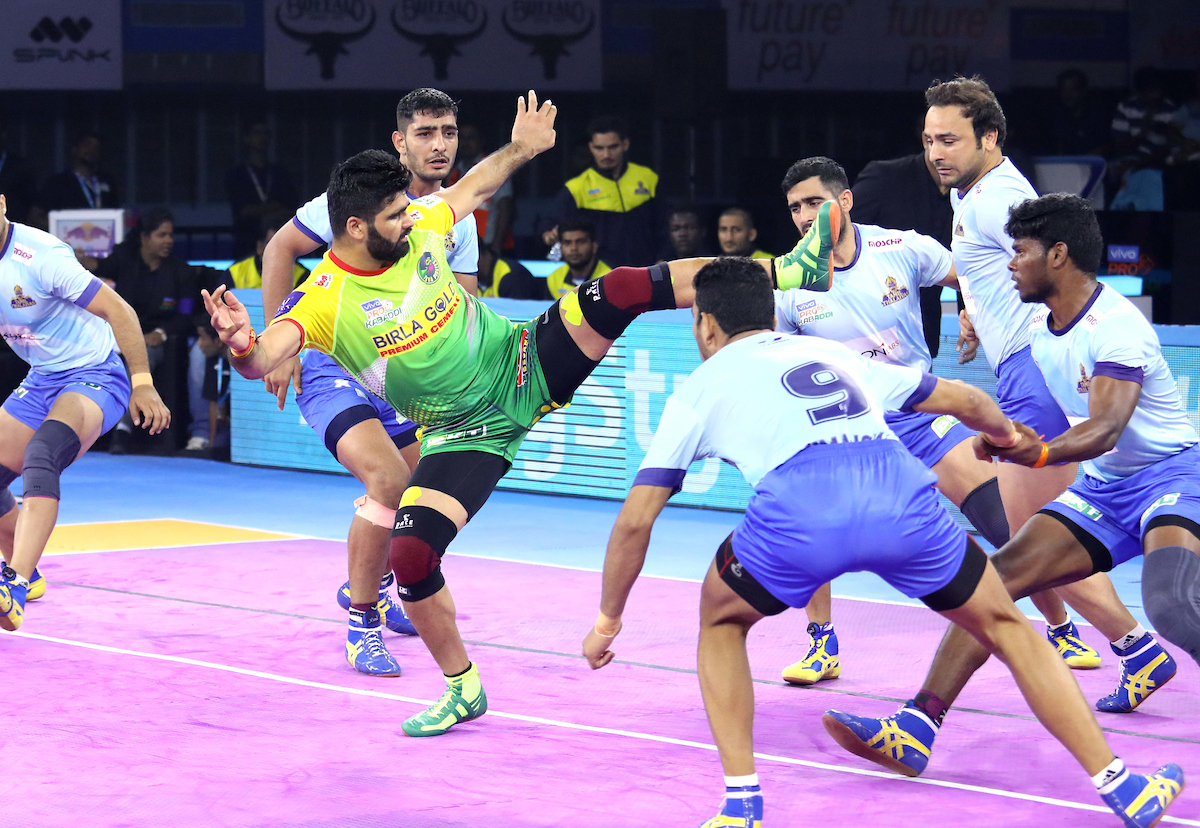 The second half was no different as Pardeep Narwal made the mat his home. The star raider was the chief orchestrator of Patna’s attacks as the side inflicted All-Outs on the fifth, ninth, and fifteenth minutes of the second half to take the game away from a hapless Thalaivas team. Patna remained on the bottom of the table despite the comfortable win but will take positives from the match that also saw their star defender Jaideep finish with a High 5 (7 tackle points). 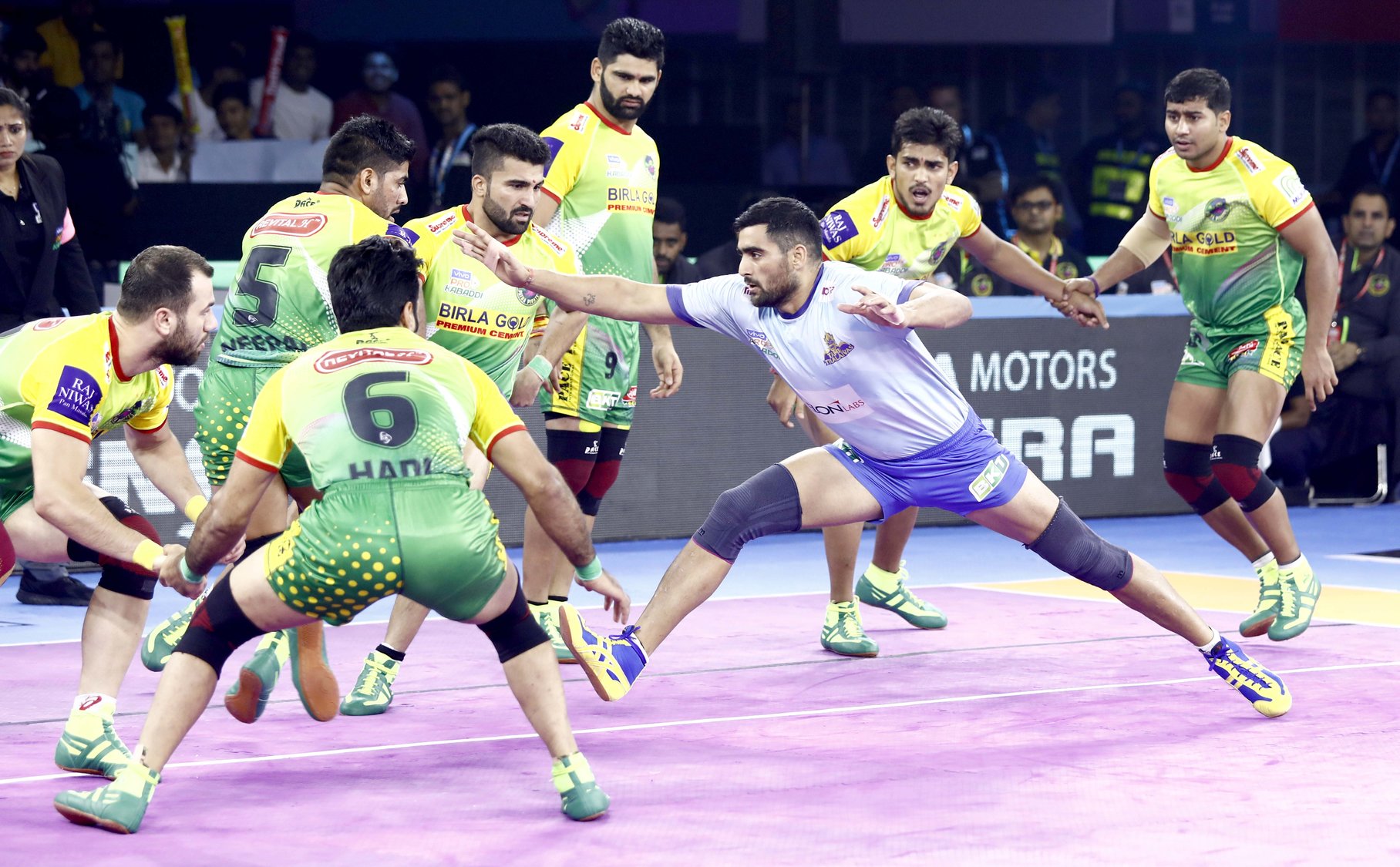