U.P. Yoddha climbed to fifth in the Vivo Pro Kabaddi Season 7 standings after a 37-30 win over Haryana Steelers at the Tau Devilal Sports Complex in Panchkula on Saturday. Srikanth Jadhav with his exceptional effort registered a super 10, while Nitesh Kumar ended the match with a 'High 5'.

U.P. Yoddha started the match with all enthusiasm and raced into a 4-0 lead after a Super Raid by Surender Gill. Haryana Steelers responded with a super Raid of their own by Vinay to make it 4-3, which set U.P. Yoddha on backfoot. After this U.P. side fought hard and gained an immense lead of seven points with heroics of raiders and a super tackle by Sumit. Haryana Steelers then showed some fight through Vikash Kandola and Prashanth Kumar Rai as the two raiders slowed down  U.P's momentum. However, U.P. Yoddha still went into the halftime interval getting 4 points lead.

U.P. Yoddha began the second half with skipper Nitesh Kumar’s Super Tackle, which set the tone for the rest of the half. Rishank Devadiga and Shrikant Jadhav were also creating all sorts of problems for Haryana Steelers’ defense. The U.P. side made their numerical advantage count in the 27th minute after a successful tackle by Ravi Kumar helped them enforce an all-out to cut U.P. Yoddha’s lead to four points.

Haryana steelers start their home leg on a losing note

After moving into a 36-28 lead following the all-out, U.P. Yoddha controlled the pace of the match in the closing stages with intelligent play and eventually went on to register a seven-point win. 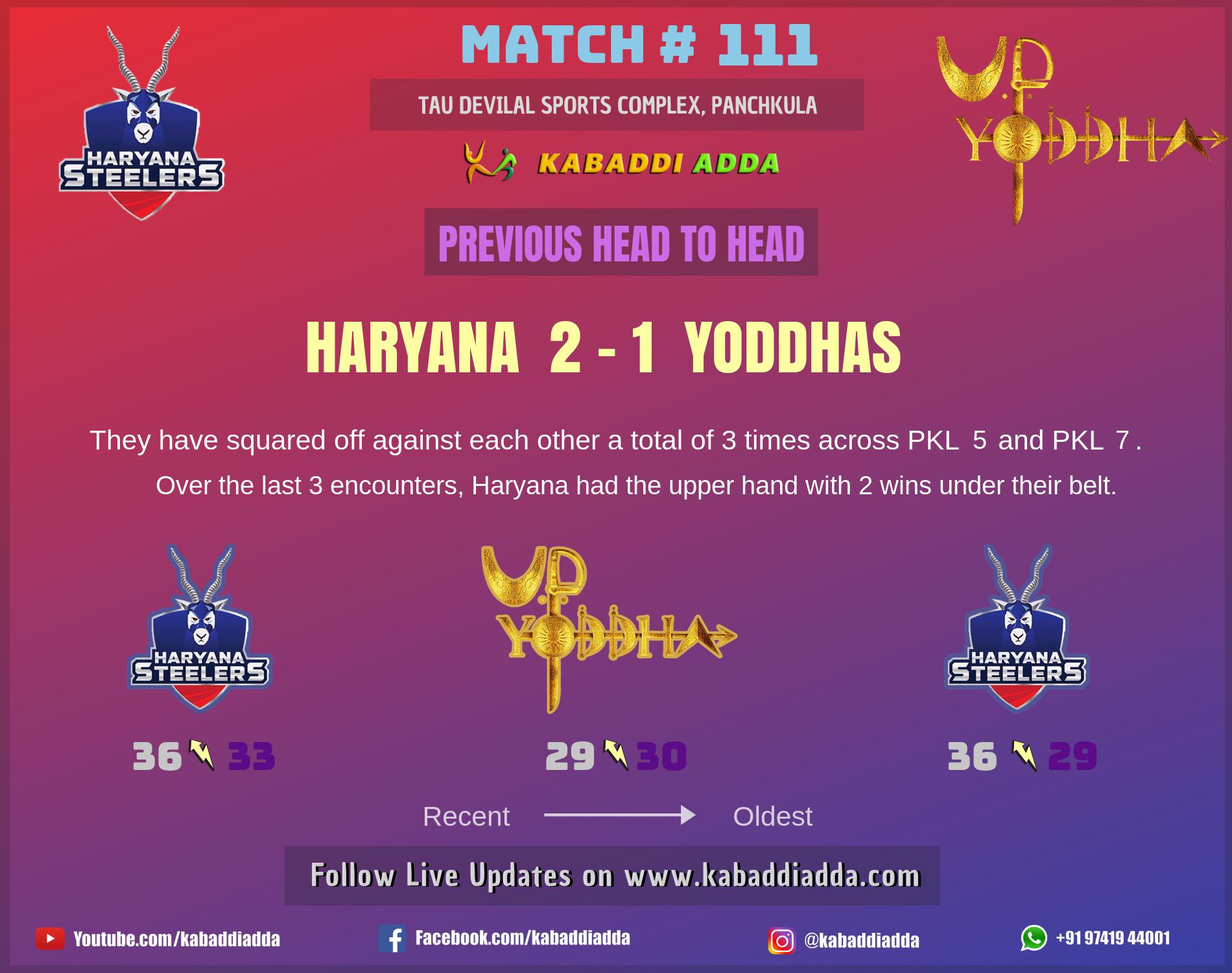