Dabang Delhi maintain their position in the Pro Kabaddi League points table even after being defeated by Bengal Warriors, after a contest where the top raiders from both the sides Naveen Kumar and Maninder Singh were up against each other. Bengal skipper Maninder starred for his side with a stunning 13 raid points, he faced a tough challenge from Delhi's young sensation Naveen, who too, delivered his best with 15 raid points.

First half was a story of complete domination by Bengal warriors led by skipper Maninder Singh. With both the top sides of this year's league trading frequent blows, the score was levelled at 4-4 in the 4th minute. The trio of Sukesh, Maninder and Nabibakhsh continued to fetch points for Bengal while some below par show from the Delhi side saw their opponents taking a 17-11 lead with seven minutes left in the first-half. There was no looking back for Bengal as they went on to dominate Delhi, taking a huge 25-14 lead after the end of the first-half.

Naveen Kumar tried to bring Delhi back in the game in second half but was left wanting for support from his teammates. Naveen started with a successful raid in the second-half before Maninder replied in a similar fashion to keep the lead for Bengal mounting. The Bengal trio didn't give Delhi any area to make any comeback and kept on bringing points when Naveen seemed single-handedly trying to drive his team forward.

While Maninder enjoyed equal support from Sukesh Hedge (7 points) and Iranian Mohammad Nabibakhsh (5 points), Naveen lacked major support from his teammates even as Chandran Ranjit and Anil Kumar chipped in with a vital six and three points respectively

With just five minutes left in the contest, Bengal had taken a 40-31 lead and despite Naveen's efforts Delhi couldn't match their opponents as they went down 33-42. Despite the result, both the teams have already qualified for the PKL play-offs.

Maninder Singh-led side Bengal Warriors must be upbeat with yet another one-point win over Telugu Titans which also helped them to climb at the top of the table. However, Dabang Delhi's win over Patna Pirates meant Warriors had to go back to the second spot. Warriors have consolidated their position at the second spot in the points table and the match between the table toppers would be an interesting one. The encounter between raiding machines Maninder Singh and Naveen Kumar would be one to watch out for.
With 73 points, the Warriors are comfortably placed second on the points table. They must be looking to secure a win over table-toppers and climb to the first spot. 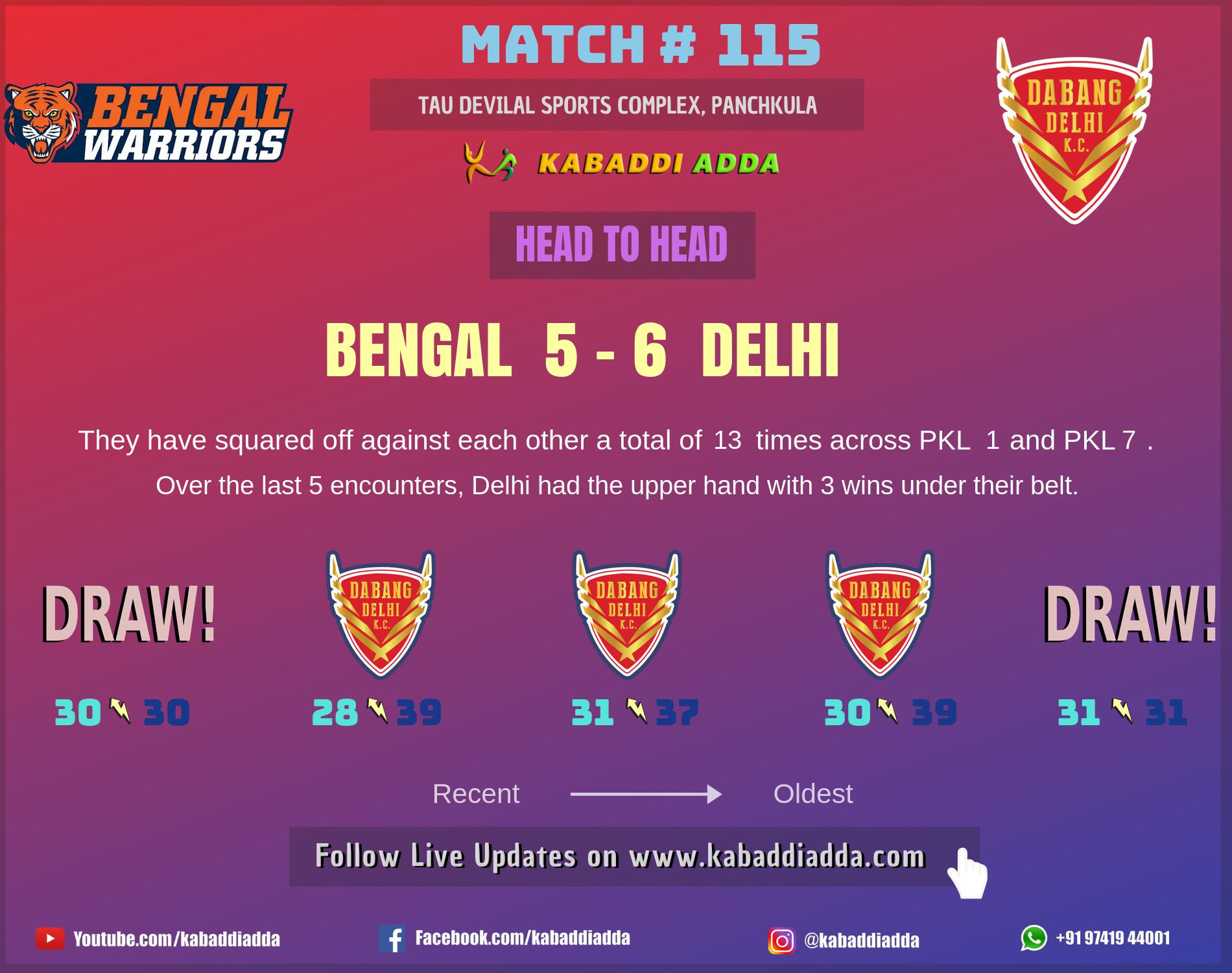