Pankaj Mohite's career best performance of 17 raid points helped Puneri Paltan to win their last home leg match of the Pro Kabaddi 2019. The Paltans defeated Bengaluru Bulls 42-38, ending their home leg at the Shree Shiv Chhatrapati Sports Complex with two wins, one tie and one loss. Mohite was on a roll against the Bulls as he went on to 15 successful raids and was tackled just once in the game.

Bengaluru took early lead into the game, with Pune slowly catching up to them. In the fifth minute, Pankaj Mohit got a Super Raid when he sent Mohit Sehrawat, Amit Sheoran and Saurabh Nandal off the mat to put Pune in the lead. From there, it was all Pune's game as they went on to rake points at a fast rate. An all out in the next minute gave Pune a 10-6 lead. Bengaluru skipper Rohit Kumar tried to close on the score when he got touch points Surjeet Singh, Sagar Krishna and Hadi Tajik in one single raid. At the end of the first half, Pune were leading 20-15 as their skipper Surjeet Singh completed his fifth High 5 of the season.

The second off started with Pankaj Mohite completing his Super 10 in his very first raid. Couple of raids later, he went on to inflict the second all-out on the Bulls to increase the lead to 28-17. Mohite's efforts were well supported by Pune defender Sagar Krishna when he Super Tackled Rohit Kumar to pick up some important points. As the second half started to come to an end, Pawan Sehrawat found his form and tried to bring the Bulls back into the game. However, he was Super tackled by Krishna. With just five minutes left, Pawan was again on the mat and completed his Super 10 with just two minutes remaining. The Bulls tackled Pankaj Mohite for the first time in the 38th minute and inflicted an all out on Pune and closed down the gap to six points. Rohit Kumar pickedup two points in his last raid and the score could not go further.

Pune skipper Surjeet Singh picked up his fifth High 5 of the season and 25th overall. He also went on to score 50 tackle points in this season and is placed fifth on the tackle points table.

Sagar Krishna and Surjeet, both picked a High 5 for Pune, while Rohit Kumar and Pawan Sehrawat got a Super 10 to their name. With this win, Pune are placed eighth on the Points Table, while Bengaluru are on 4th position.

Puneri Paltan will be up against Bengaluru Bulls in their last home leg match of Pro Kabaddi 2019 at the Shree Shiv Chhatrapati Sports Complex. Puneri Paltan are not having a great home leg, and have ended up getting three different results in their three encounters. It will be interesting to see how they bounce back from two win-less matches against the Bulls, who also seem to have hit the bump when they lost 40-42 in their last match against Bengal Warriors. 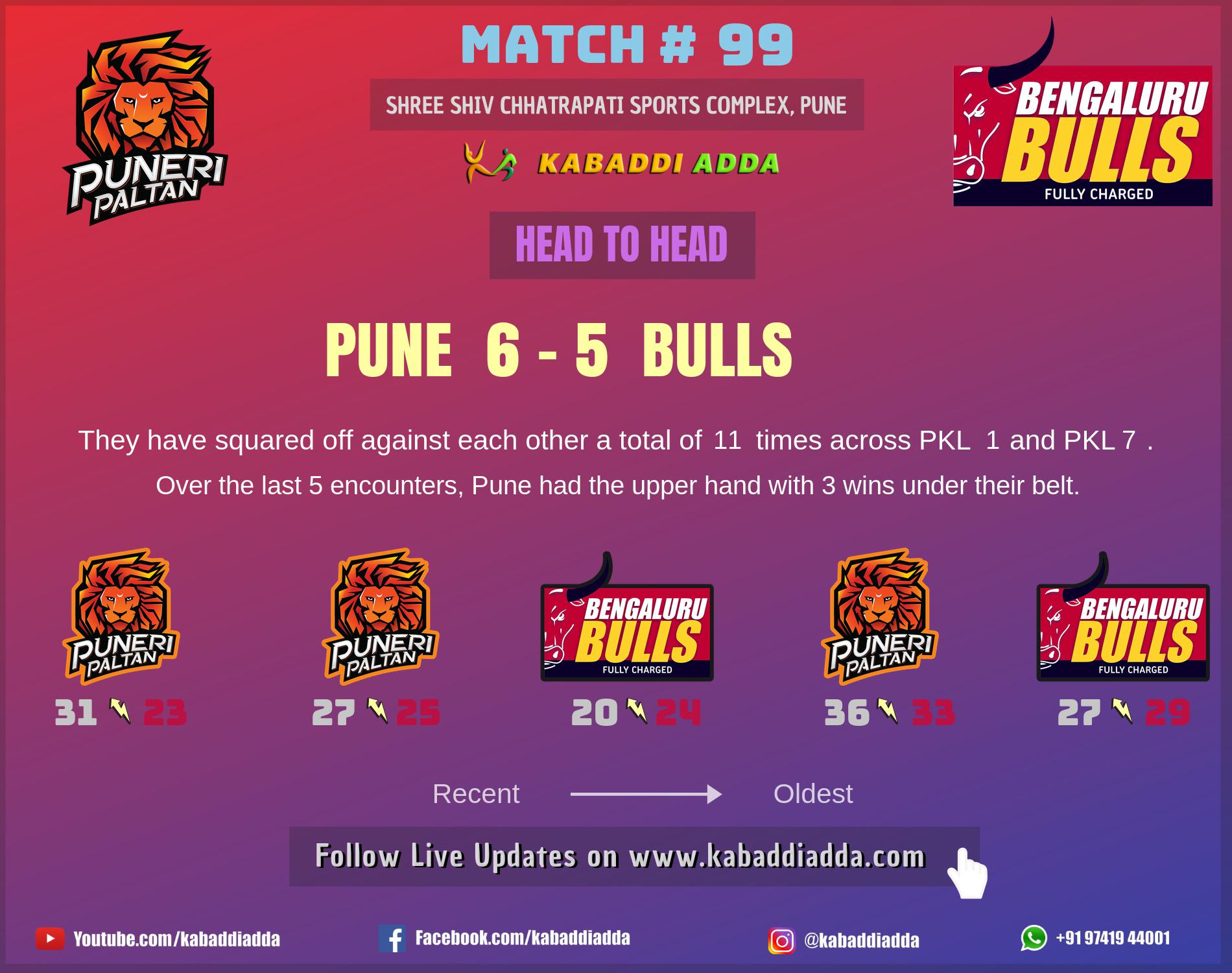