Pardeep Narwal, with 17 raid points, was once again the star for Patna as they came back from being six points down to nearly winning the match. Telugu Titans will consider themselves unlucky to only come away with a tie despite two raiders – Siddharth Desai and Rajnish – clinching Super 10s. 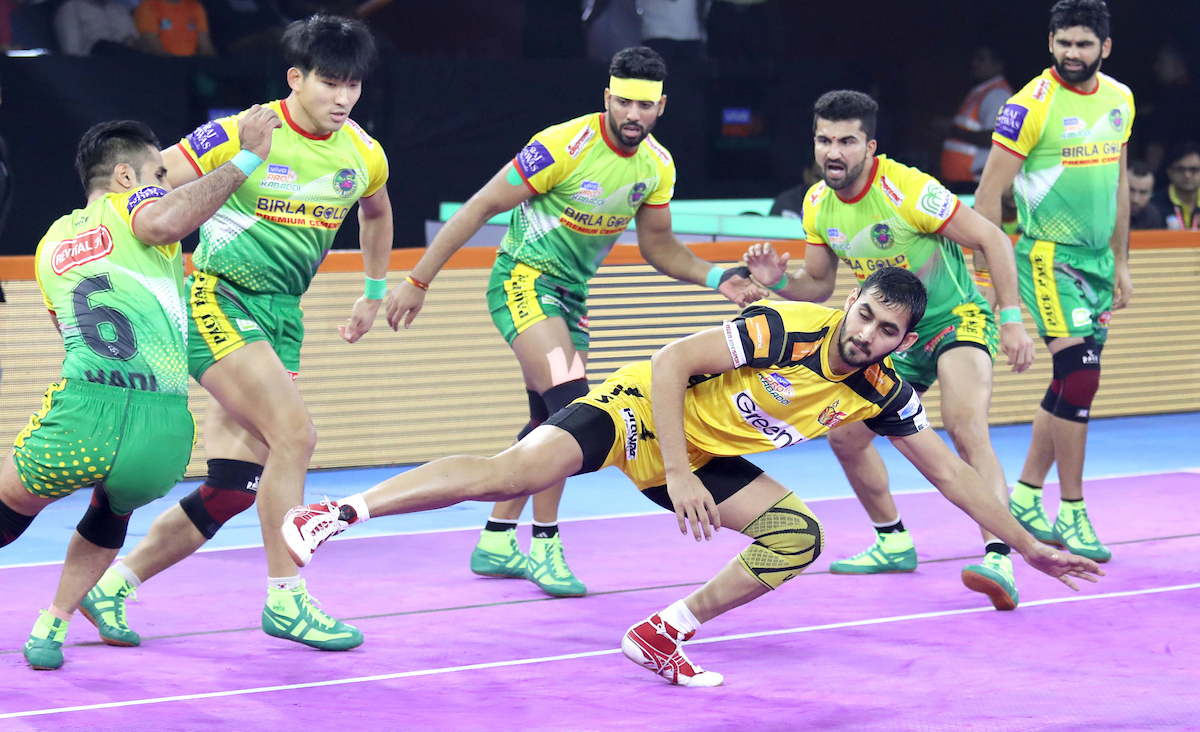 The first half saw fortunes change for both the teams. Telugu Titans started on the front foot with their defence managing to control Patna’s Pardeep Narwal while Rajnish and Siddharth Desai picked up raid points for the men in yellow. Rajnish’s dominant three-point Super Raid in the 5th minute, and a strong defence led by Vishal Bhardwaj, helped Titans inflict an All-Out in the 8th minute to open up a five-point lead. Rajnish continued to be the primary attacking weapon for Titans as they moved in towards the final minutes of the half. But as they say, “cometh the hour, cometh the man,” and it was once again Pardeep Narwal who came to the rescue of the Pirates. His four-point Super Raid with under two minutes remaining helped Patna secure an All-Out and the raider followed it up with a massive three-point raid to make the scores level (19-19) in the final play of the half. Despite the setback, the Titans had looked the more composed team on the mat, and they knew they could go on to win the match if they increased Pardeep Narwal’s time away from the mat. The defence rose up the challenge, thwarting all the Patna attacks, while Rajnish had impressive early minutes as Titans once again opened up a lead and clinched an All-Out with 8 minutes remaining. Rajnish secured his Super 10, while at the other end Pardeep also secured the milestone with more than five minutes left in the match. Patna’s ‘one-man wreckingball’ ensured the Pirates clinched an important All-Out two minutes left in the match to make it a one-point game. The final moments saw both sides squandering an opportunity to win the match with a safety-first approach which resulted in a draw that does both the teams no good in their bid to make it to the playoffs.