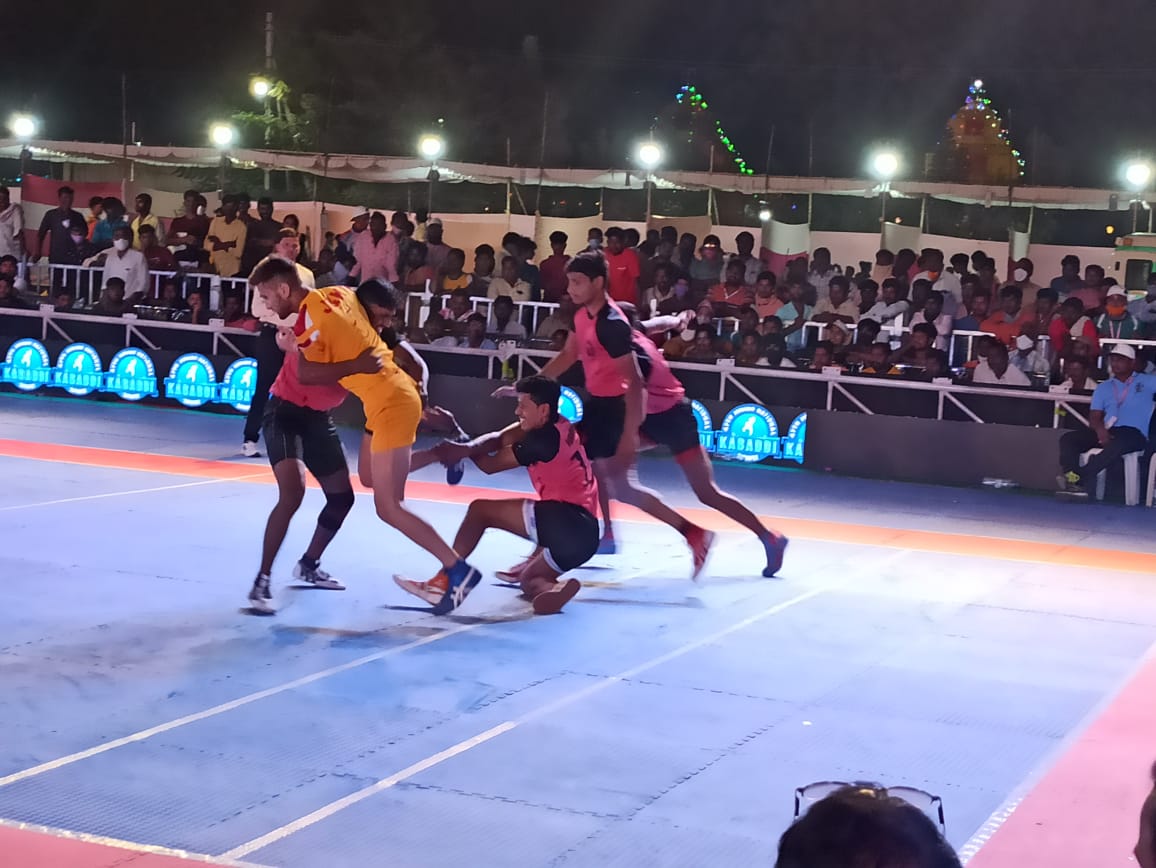 47th Junior National Kabaddi Championship went underway on 22nd March 2021 at SP Office grounds, Suryapet, Telangana. The Premier Junior Kabaddi event will feature the best Junior players from the country will be seen in action for four days. This promises to be an high intensity Kabaddi action tournament with glimpses of which was seen already in the day 1 of the event.

The Defending champions SAI took on Bihar in the inaugural match from the Boys' section, while the Girls' section saw defending champs Haryana take on Jammu and Kashmir at Suryapet, Telangana. A total of 12 matches were played out on a shortened day due an accident at the venue.

The Boys Pool is divided into Eight groups (A-H) which will feature 29 teams in total. 1st three pools- A,B,C consists of three teams each and the rest five pools have four teams each. The Pools have been divided based on the performance from 46th Junior National Kabaddi Championship which was held in Rohtak last year.

The group division is as follows:

Similarly Girls' pool is also divided into Eight groups (A-H) which will feature 28 teams in total. The first four pools consists of three teams each and rest four pools have four teams each. The Pools have been divided based on the performance from 46th Junior National Kabaddi Championship which was held in Rohtak last year.

The Junior National Kabaddi Championship has been a platform at which junior Kabaddi players are always keen to participate in. It will be very interesting to see which teams come out on top from both Girls' and Boys'. Top quality teams like SAI, Haryana, UP, Chadigarh among others will be seen in action at Suryapet. This is also an event where the Indian Junior team gets selected from. AKFI also announced the selection committee for Indian Boys' and Girls' team which features big names like Ajay Thakur, Padmaja Bala, Anand Yadav among others. Below is the list of selectors who will be keeping an eye for top quality Kabaddi talent during the tournament.

All in All the 47th Junior National Kabaddi Championship will be a treat to Kabaddi fans across the nation where they will be treated with good quality Kabaddi from Suryapet, Telangana.