A bizarre final minute raid by Nitin Tomar handed a draw to Tamil Thalaivas against home side Puneri Paltan in a VIVO Pro Kabaddi League match at a fully packed Shree Shiv Chhatrapati Sports Complex, Mahalunge, Balewadi, Pune on Wednesday. The raider’s inability to pull off a valid raid in the final play of the match resulted in All-Out that gave Thalaivas the three points they required to level the match at 36-36.

Ajith Kumar was the star for the Tamil Thalaivas team with a Super 10 (18 raid points) but the Chennai team will have Pune’s bad planning to thank for the one point they secured in the night. Manjeet (11 raid points ) and Pankaj Mohite (8 raid points) impressed in the raiding department for the Pune side who would rue missing the chance of jumping to 8th on the points table. The first half started with a lot of promise for the struggling Tamil Thalaivas side with Rahul Chaudhari and Ajith Kumar looking good in their raids. But the error-prone Tamil defence allowed Pankaj Mohite to escape with a three-point Super Raid in the sixth minute of the match to turn things around the home side. Pune secured their first All-Out in the next minute to move to a three-point lead and dominate the half from thereon. A few strong tackles by Shabeer Bappu, including a Super Tackle on Manjeet in the 12th minute,  kept the Thalaivas in the game but Pune quickly established a 6-point lead to end the half 18-12. 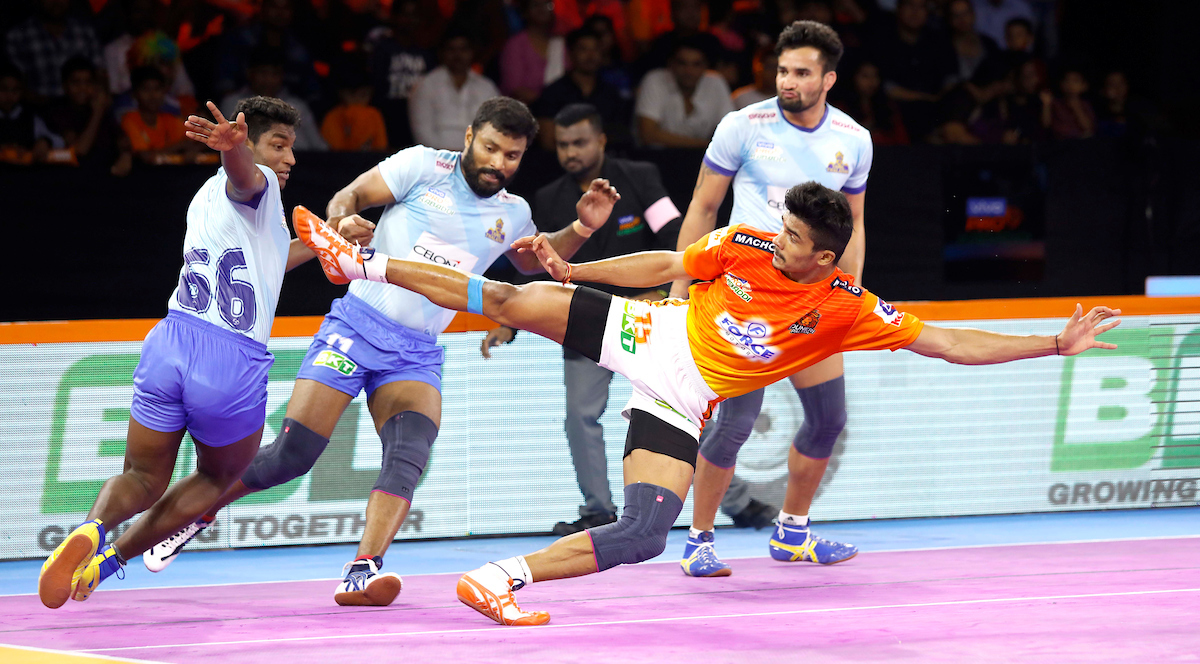 The second half saw more of the same as Pune stamped their authority on the match. But some heroics from Thalaivas’ young raider Ajith Kumar prevented an All-Out for a long time. It became an Ajith versus Pune as the Tamil Nadu youngster produced four consecutive multi-point raids to rush to his Super 10 and also prevent the All-Out. The Pune side eventually got their All-Out in the 8th minute of the half to open a seven-point lead. 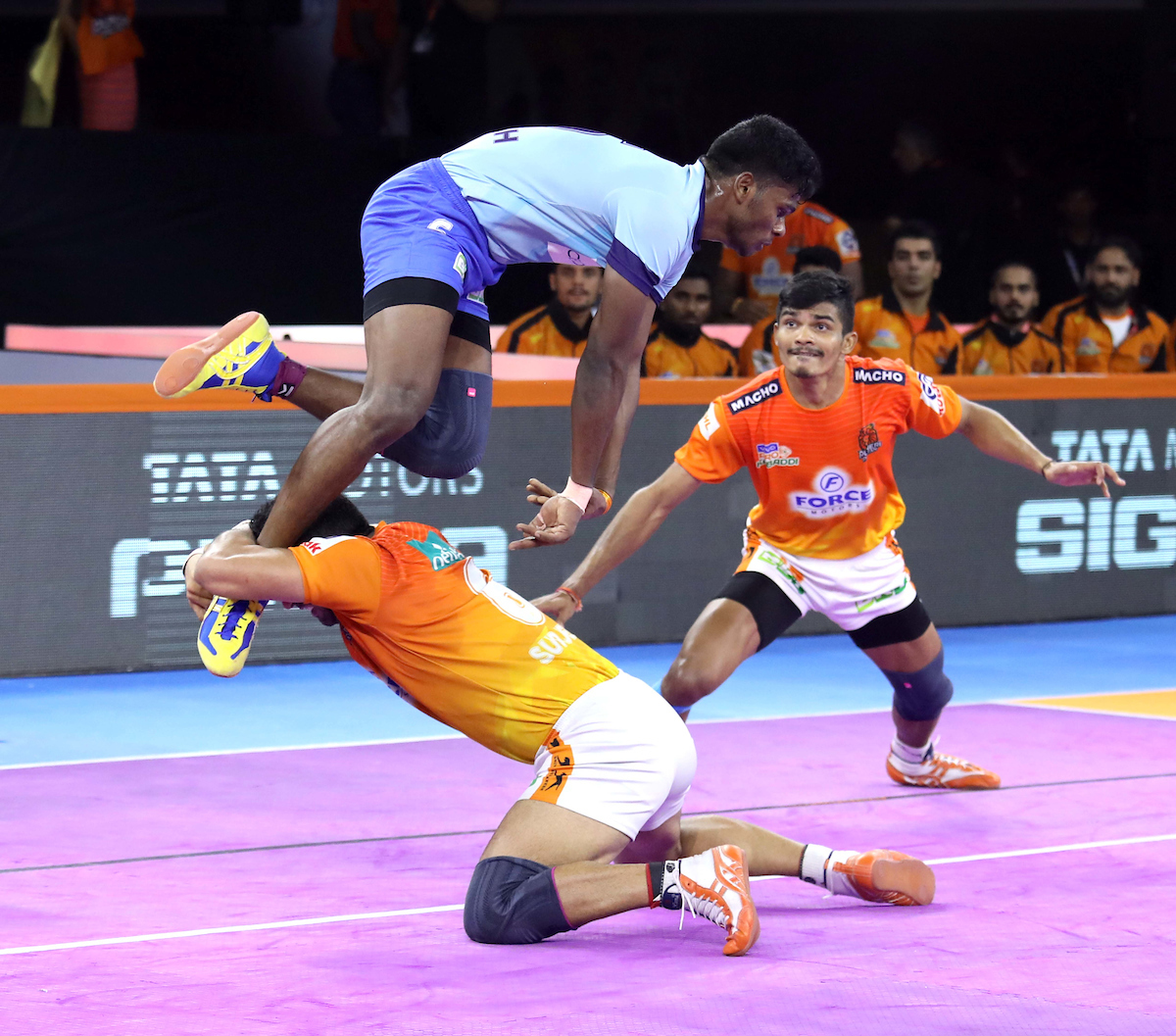 Ajith Kumar’s great work the raids continued to get undone by poor coordination in the Thalaivas’ defence. Manjeet picked up his Super 10 for Pune in the 13th minute of the half while Pankaj Mohite also impressed with his raiding for the Anup Kumar-coach Paltan side. But Thalaivas kept prodding through Ajith Kumar and kept the margins small till the final minute. A blunder in the last play of the match by Nitin Tomar, who couldn’t execute a safe raid, gave Thalaivas an All-Out and the three points they required to level the match.