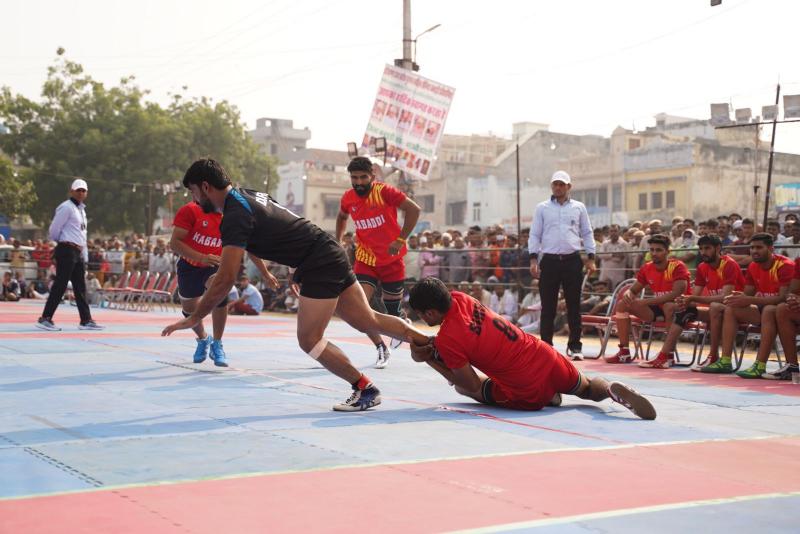 The venue this time is Old Corn Exchange, Charkhi Dadri, Haryana and, the format to be followed for this tournament is the same as the junior tournament that is Knockout format.

Haryana has always been a powerhouse state when it comes to kabaddi, produced some of the star players for the Indian national teams, but have failed to live up to the expectations in the last few years of the Senior National Championships.

In men, the last 3 years have seen them being outplayed. In the 68th Senior National Kabaddi Chanpionships they bowed out at the pre-quarter-final stage By Uttar Pradesh in 2020. It was Railway Sports Promotion Board in 2019, and in 2018 when they sneaked into the semi-finals, they were hammered by the Services Sports Control Board.

In women, they had some mixed fortune but has seen a downward trend. They reached the finals in 2018 but were outfoxed by the Indian Railways team. The year after saw them being on the losing side in the semi-finals against Himachal. In the last years Senior Nationals they even failed to go past the pre-quarters stage.

The association out here looks hell bend to change that and, a competitive tournament out here will certainly help. The purpose of this tournament is to find out the newer bread of talent who are hungrier, feistier, and ready for the upcoming Senior National Kabaddi Championship, intending to bring the trophy home.

Panipat Will look to Replicate their juniors by winning both Men and Women editions of the tournament. But they will have other, Powerhouses - Sonipat, Hisar, Bhiwani, Jhajjar, Ambala, Jind that will be breathing down their necks ready, to pounce on the mistakes made by them. Will they be able to replicate this feat? Only time will tell.

Here are the fixtures for the Mens category:-

Here are the fixtures for the Women's category:- 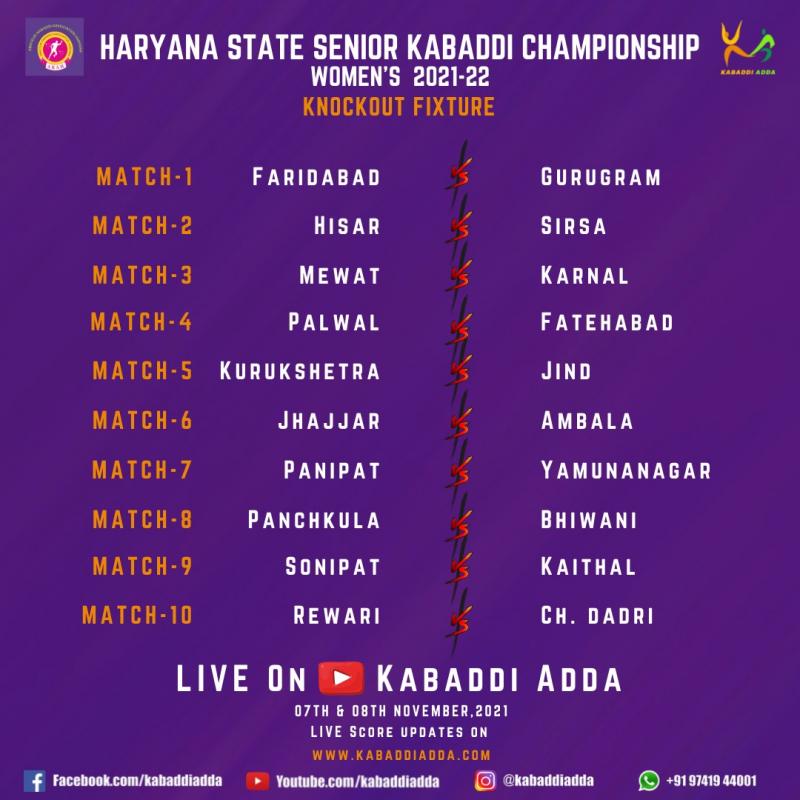