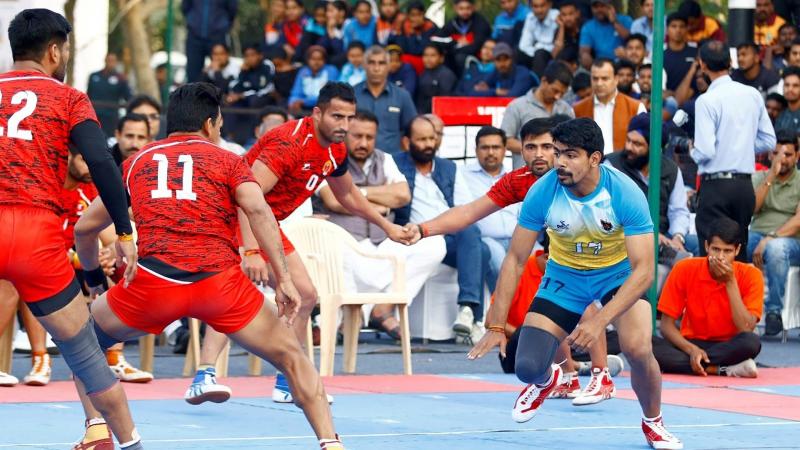 ​Dates and Venue for the Haryana State Championships:

Haryana men over the years have failed to get past the quarterfinal stage in the Senior national despite having some star players like Pardeep Narwal, Sandeep Narwal, Vishal Lather, Meetu, Amit Hooda to name a few.

In the Last  Senior Nationals championship held at Ayodhya, UP. The men's senior team was beaten by the host state in the pre-quarters stage (Haryana 36 VS 43 Uttar Pradesh). The team will like to overcome the disappointment of last year and go past the quarter's stage at least this time around.

The junior boys and girls team had a better outing than their senior counterparts. As the boy's team made it to the semi-finals but were beaten there by SAI (Haryana 25 VS 50 SAI). The girl's team took their revenge by winning against the SAI girl's team in the finals (SAI 35 VS 43 Haryana) and were crowned Junior national champions.