Day 2 of the Haryana Senior State Kabaddi Championship went underway, with most teams having played their first-round matches. for both men and women. Teams now had no excuses to settle down first. It was a battle from now on. The host will like to make the home advantage count and move on ahead. Or will the big guns finally put a halt in their proceedings? 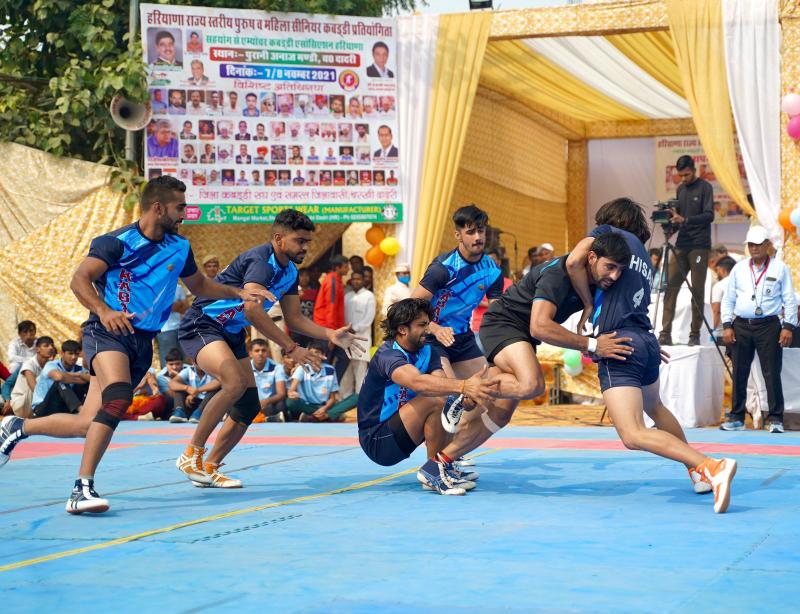 The first game of the day in the men's category was between the two heavyweights who scored a similar number of points on the first day. The match was the big game of the day. All the eyes were on the star players of both the teams. Panipat's defense was just better than their opposite number and, secured the match for their team and moved to the quarter-finals.

The last game of the early knockouts saw Faridabad take on Gurugram with a place in the quarter-finals on the line. Both teams huffed and puffed and left everything on the pitch as every player gave their all out. Faridabad managed their lead well to seal their place in the next round with an 8 point win over Gurugram.

Quarter-final began with a mouth-watering tie that easily could have been the title decider. Bhiwani took on the high-flying team from Palwal. Both teams were coming back from their high-scoring games. This was going to be a direct battle of raiders going all-out against one another. The teams did not disappoint the neutral fans as they got treated to some high octane action, But Palwal just seemed to be better on the day. Bhiwani's Narender left his supporting raider Kismat behind with his 14 touchpoints alone but came up short in the end.

The 2nd Quater final saw the host take on the team from Hisar. Ch. Dadri was coming back with some big wins whereas, Hisar was not dominating but managing to win their games so far. Ch Dadri was just too determined to win the game as Hisar just couldn't get going.
The duo of Ravish and Ankit Sangwan led them from the front, while Saurabh provided them perfect defense by scoring 5 tackle points of his own.

The first big casualty of the day came in the form of Panipat being thrown out of the tournament by them men from Jind. Panipat got rattled by the quick start, Rajesh and Pardeep Narwal combined well from Jind to score some quick touchpoints. Ankush did the rest with his inch-perfect defense as Panipat was unable to recover back from it.

The last Quarter's final was a closely contested game. Faridabad being the minnows out here, matched the all mighty Sonipat till the end. Amit scored 6 tackle points and, Mohit combined with his 6 touchpoints to keep their team in the race. But Sonipat's Rakesh Narwal Scored 8 touchpoints to get the lead for his team and with Rinku's support in defense, they kept their nerves to edge Faridabad by 3 points to move into the semis.

The host looked like the sure-shot team to go into the finals on their recent form and the home advantage that they were carrying. Palwal surprised many by reaching out in the semis, but Ch Dadri just got bogged down to the big occasion. Meetu led from the front with his 9 touchpoints as Bharat was not too far behind with 6 touchpoints. Jaideep did the rest with his dominating show in the defense, making 6 successful tackles. Charkhi Dadri players got nervous and just couldn't get going. Palwal Marched on ahead with another high-scoring game to book their place in the final.

The second semi-final was slightly more competitive than the first one. Jind and Sonipat both started strong and were going at it. The teams were scoring points one after the other and, this looked like it will be a close game. But Jind boys just ran out of breath in the 2nd half against a fitter Sonipat side. Pradeep Narwal's heroics was not enough in the end, despite scoring 14 touchpoints. Sandeep and Rinku Narwal once again combined well to seal the deal for Sonipat and move into the finals.

A match that was fully worthy of being the final of any other tournament didn't disappoint. It was a roller coaster ride for all the kabaddi fans watching it live, a high-octane game that made the spectators glued to their seats. Parteek Dhaiya and Ashu Malik Combined for Sonipat as they proved to be a menace for Palwal,s defense. They scored half the points of their team alone. But Palwal Star raider Meetu refused to be overshadowed by any other raider on the day. A man of the match performance from him saw him score 26 points out of which 18 were touchpoints, to hand the title to his team in the closely contested game of kabaddi. 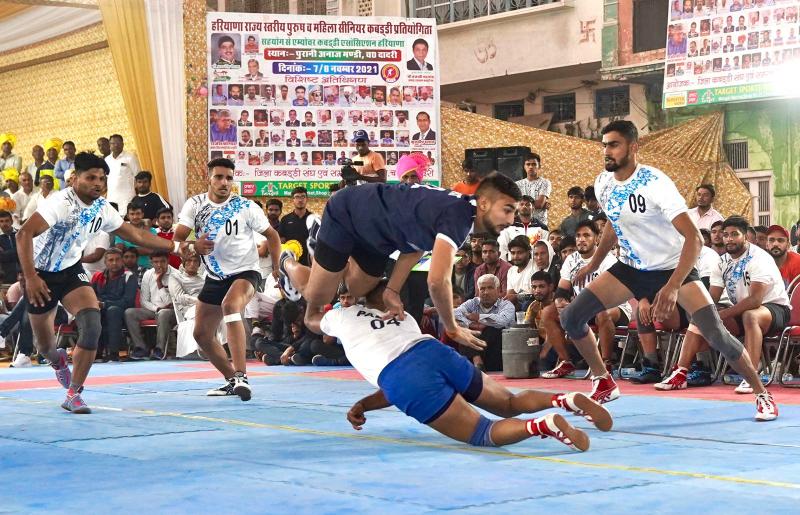 The tournament finally came to an end, some breathtaking individual performances made their mark, some teams stood out as a unit but, only time will tell which players will make the cut in the final squad list for the senior nationals ahead.