Day 1 of the Haryana Senior State Kabaddi Championship began today for both men and women. Organized by the Amateur Kabaddi Association Haryana. The venue this time is Old Corn Exchange, Charkhi Dadri, Haryana and, the format to be followed for the tournament is Knockout format.

One of the most showcased events in the sporting calendar of Haryana was finally underway. 20 TEAMS will battle out to reach the top of the podium. With a mix of good veterans and youth with potentials, they will look to fight out for a place in the senior national team.

The host will like to make the home advantage count and was the team to look out for in the tournament. The recent Haryana Jnr State Champions in both boy's and the girl's category Panipat will be looking to bag another title. Some other strong teams were also playing their games on day 1 of the Senior State Kabaddi Championship. Hisar, Kurukshetra, Jhajjar, Panipat, Bhiwani, etc all were looking to get off the mark. 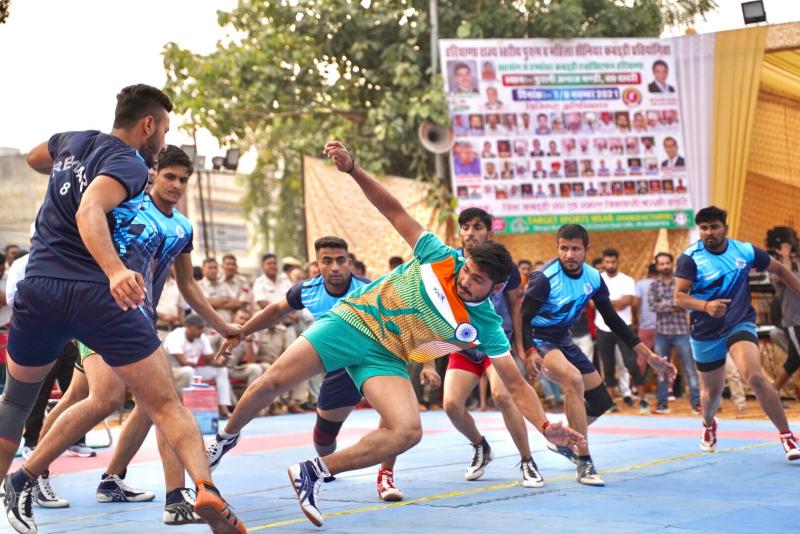 The first match of the day saw the host CH. Dadri takes on Sirsa. What seemed to be an even contest at first ended with the total dominance of the host team as they beat Sirs by a margin of 24 points.

The 2nd match saw Jhajjar take on the Men from Palwal. But the match, was a one-sided affair as the team from Palwal thrashed Jhajjar by 21 points to move to the next round.

The next game was the battle of unknowns, with both teams being neither too great nor too bad. This game started slow and, both teams matched each other toe to toe in the first half. But a good 2nd half start saw Mahendargarh win over the Fatehabad.

Game 4, had the first shocking result of the day as Mewat outsmarted the team from Rohtak in both halves to progress into the next round with a win by 13 points.

Game 5 saw the big gun Panipat finally coming out. They started the tournament with a Crushing win over Rewari. They were restricted to scoring just 10 points in the whole game.

In the 6th game, Faridabad played their best game to date. They were all over Kurukshetra and, thrashed them aside to move on ahead to the next round.

Bhiwani also started with a bang as they overcame a spirited team from Karnal to win the game by 19 points. Karnal did all they could but could not close the gap in skill between them and their opponents.

Jind also spectacularly opened their account, with a thumping win over Kaithal. They would hope to build on this and move further ahead in the tournament.

Sonipat being one of the favorites to win the tournament proved to people why they deserve their tag. They closed down Yamunagar to just 4 points to move in the next round.

Palwal continued their red hot in the tournament by thrashing another team, this time in the form of Panchkula by 26 points.

The host continued their fine form with another thumping win, this time over Mahendargarh, whose tournament came to an end with this abrupt loss. 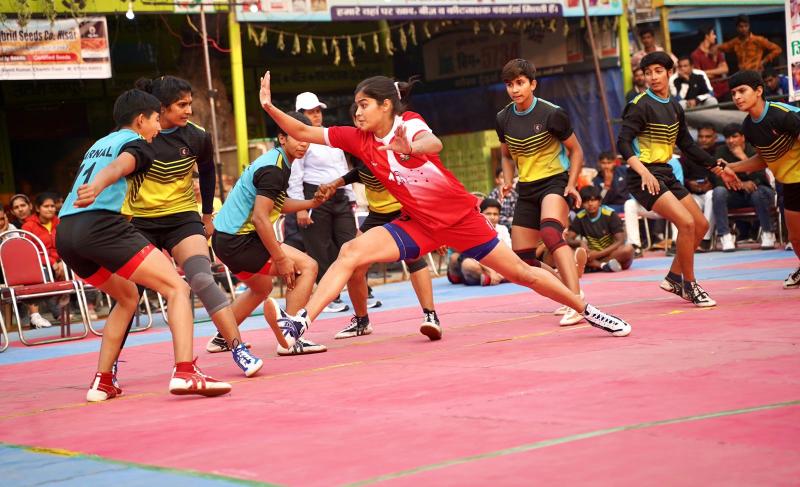 The battle of the most developed cities of Haryana took place as the inaugural game in the women's category. Faridabad proved to be too good on the day for Gurugram as they won by a handsome 25 points.

The next game was a total case of amateurs coming against professionals. Hisar did let Sirsa score any points as they were able to get just one point in the whole game and, the match felt like an exhibition game for them.

Game 3 saw a battle of wits and patience. The teams started slowly in the first half and were scoring the odd points out. Both teams were trying to smell their opponents out. Karnal came out in the 2 nd half with a plan and executed it to perfection to win the game by 8 points.

Game 4 was the first evenly contested game of the day. Both teams showed a great game of kabaddi and were not letting the other one go too far ahead. But eventually, the Palwal experience came in handy as they made it through to the net round.

The Game 6th saw Jhajjar, unlike their men counterpart who, disappointed earlier in the day, came out all guns blazing to thrash Ambala by 21 points to move on ahead.

The team that everyone was waiting for came out in the 7th game. Panipat took on Yamunanagar. The team from Yamunanagar battled hard but was no match for the superior Panipat team. Panipat won by 26 points.

Bhiwani went on a rampage in their first game as they completely outplayed the team from Panchkula to move ahead into the next round. With this win, they would hope to build for the game ahead.

The next game witnessed Sonipat trounce their opponent Kaithal in both halves to register a 17 point victory over them and move into the next round.

The host just like their counterparts in the men's category started ruthlessly as they pinned down the team of Rewari. They managed to score just 5 points and scummed to a 35 points margin loss. They would like to make the home advantage count in the games ahead.

Game 11 was the game of two halves. The team from Faridabad Started more aggressively and with an intent to win. But Rohtak tired them out to win the game in the 2nd half by 9 points.

Shifted to the next day.

The penultimate game of the day saw Palwal win over Jind. The game was too easy for Palwal as they hardly broke a sweat. But the next round would be much more difficult for them ahead or will it be not?

The last game of the day was a close low scoring game that kept the audience glued to their seats. Both teams matched each other head to head and it all came down to who would keep their nerves right in the death. Mahendargarh proved to have the nerves of steel as they managed to keep their small lead of 4 points to win the game and progress in the next round.