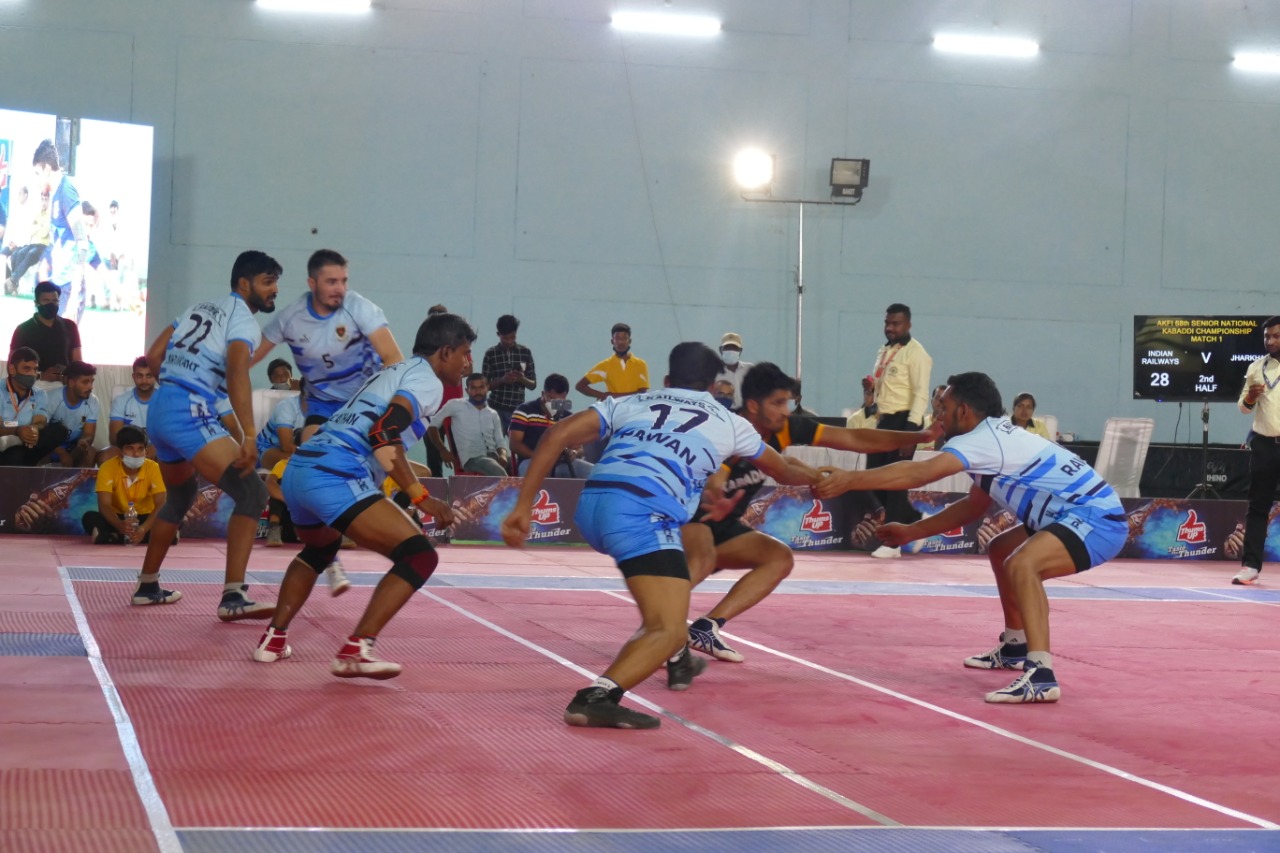 The Senior National Kabaddi Championship 2021 went underway in Dr. Bhimrao Ambedkar International Stadium, Faizabad on 13th April 2021.  A total of 30 state and department teams from India are fighting it out for the championship in the state of Uttar Pradesh. The premier national Kabaddi tournament has always been an eye catchy tournament in the Indian Kabaddi ecosystem where the best of talent are seen in action.

The League stage came to an finish today (15/4/21) in the morning session and the top two from each group have made it to the Knock Out stages of the tournament. The teams that have topped the pools are- Indian Railways, Services, Rajasthan, UP, Goa, Chattisgarh, Karnataka and Maharashtra. The teams that have placed 2nd in the pools are-  Kerala, Delhi, Himachal Pradesh, Chandigarh, Haryana. Bihar, Tamil Nadu, Uttarakhand, The Pre Quarter Finals (PQF) will go underway at today (15/4/21) at 4pm from Ayodhya.

The 68th Senior National Kabaddi Championship is getting heated and it has come to the knock outs of the tournament. It has got some big teams in the likes of Indian Railways, Services, UP, Maharashtra, Tamil Nadu and others. Winners of these games go ahead to the Quarter Final and get one step closer to the crown. Which team will make it to the end and take the championship? we will to wait and watch. 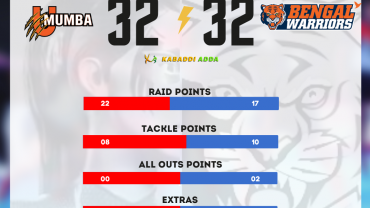