Mohammad Nabibakhsh produced a last-minute Super Raid to help Bengal Warriors pull off an incredible comeback to clinch a 42-39 victory against Puneri Paltan in a VIVO Pro Kabaddi League match on Sunday.

The Iranian raider produced a five-point raid in the dying minutes to give Bengal a lead and change the match entirely, much to the dismay of the Paltan side who had, until then, dominated the match. Young Pankaj Mohite and all-rounder Manjeet both impressed for the Pune side as they stifled the Bengal raiders but their good work was all undone by a raiding brilliance by Nabibakhsh in the final minute of the match. 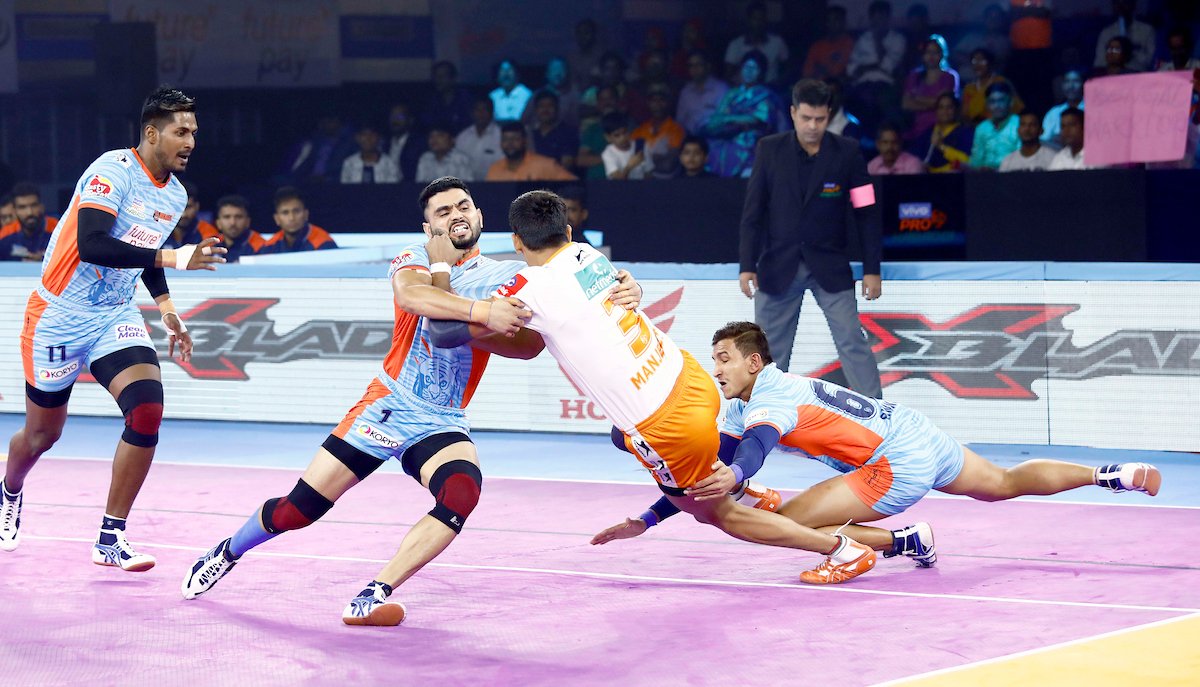 A closely contested first half saw both teams match each other in all departments. Pankaj Mohite was handed a rare spot in the starting seven for Pune as coach Anup Kumar benched the experienced Nitin Tomar for the young raider. And it wasn’t surprising to see the raider make an instant impact as Paltan raced to a four-point lead. But Bengal Warriors have the best raiding trio of the league in Maninder Singh, K Prapanjan and Mohammad Nabibakhsh, and the raiders ensured the home side clawed their way back into the game. A three-point raid by Maninder in the fourth minute was followed by good teamwork from the Warriors as they inflicted an All-Out on Pune in the tenth minute of the half. But Pune didn’t let that stop their flow and made a comeback through Pankaj Mohite’s incredible raids. Paltan got clinched their first All-Out of the match in the dying minutes of the second half to go into the break trailing by a single point (20-21). 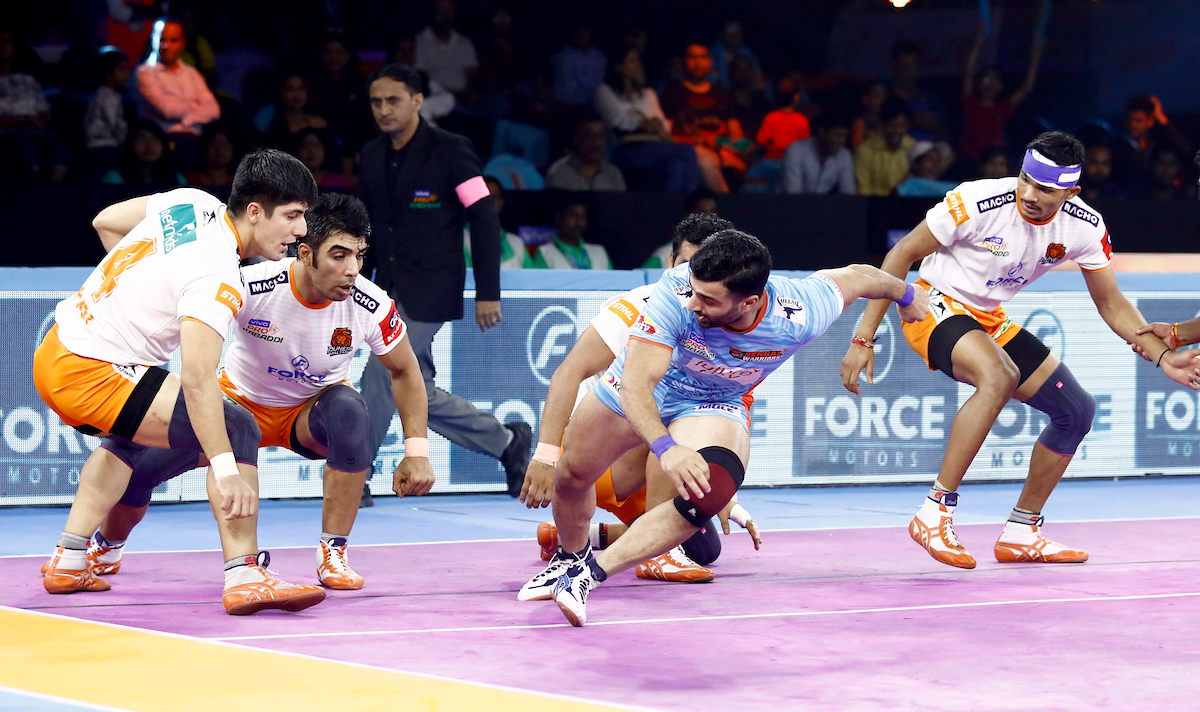 Bengal and Pune kept matching each other in the early minutes of the second half but mistakes from the Warriors’ raiding unit coupled with Manjeet’s all-round brilliance for Pune saw the Paltan take a slender three-point lead by the tenth minute of the half. Pankaj Mohite picked up his Super 10 as the Pune side inflicted another All-Out on the home side in the 13th minute of the half to move to a nine-point lead. A Super Raid by Bengal's Sukesh Hegde made it an interesting few last minutes but Pune had a four-point lead going into the last minute, something they would have thought would be enough to see them through. Unfortunately for Anup Kumar’s side, Mohammad Nabibakhsh had other plans, and his multi-point raid helped Warriors clinch an important victory at home. 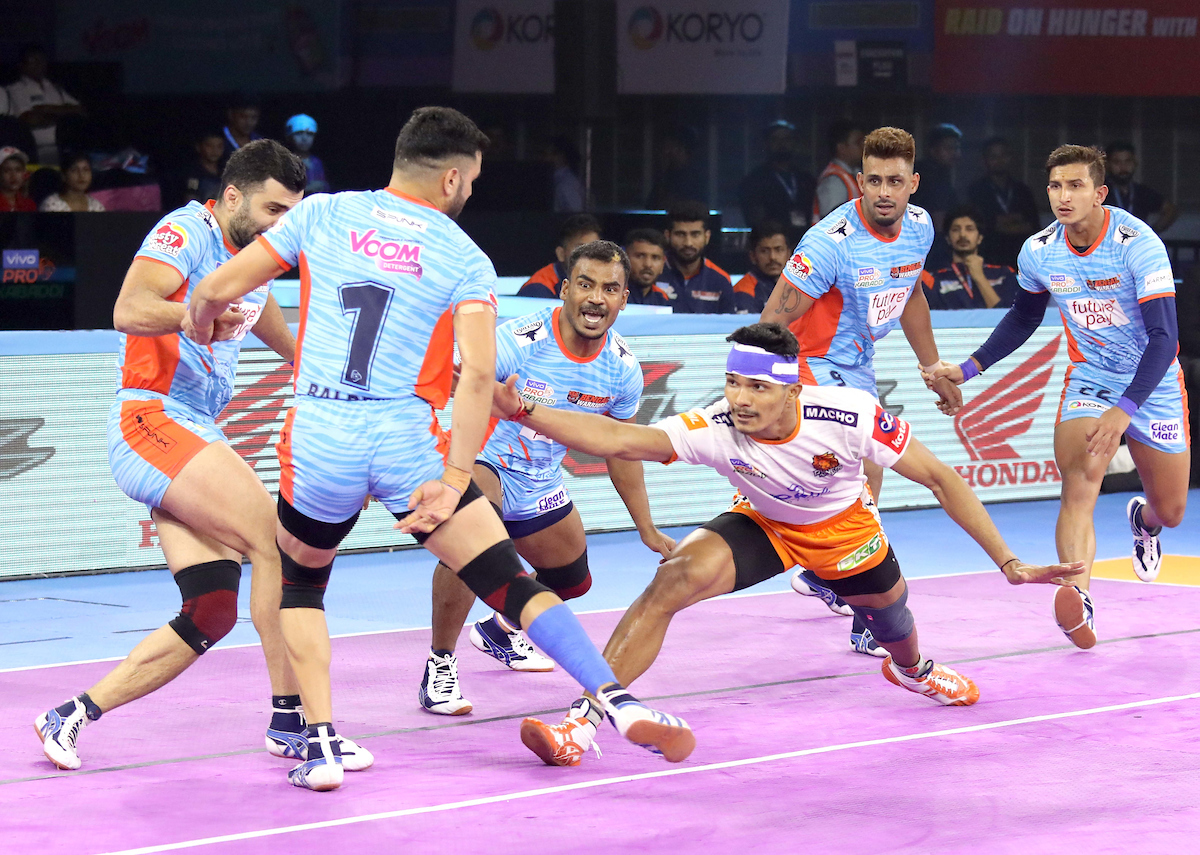