'Sultan' Fazel Atrachali was at his best in the defence for U Mumba as the season two champions defeated Telugu Titans 41-27 in a VIVO Pro Kabaddi League match at the in Kolkata on Tuesday.

The Iranian defender was unstoppable as he clinched a High 5 (6 points) and marshalled his troops to a very important victory that saw them jump to fifth in the table. Arjun Deshwal had a solid outing for the Mumbai team, taking up the lead raider’s duties in a night when Abhishek struggled. There was no joy for Titans’ Siddharth Desai once again as he failed to perform against his former team once again this season. 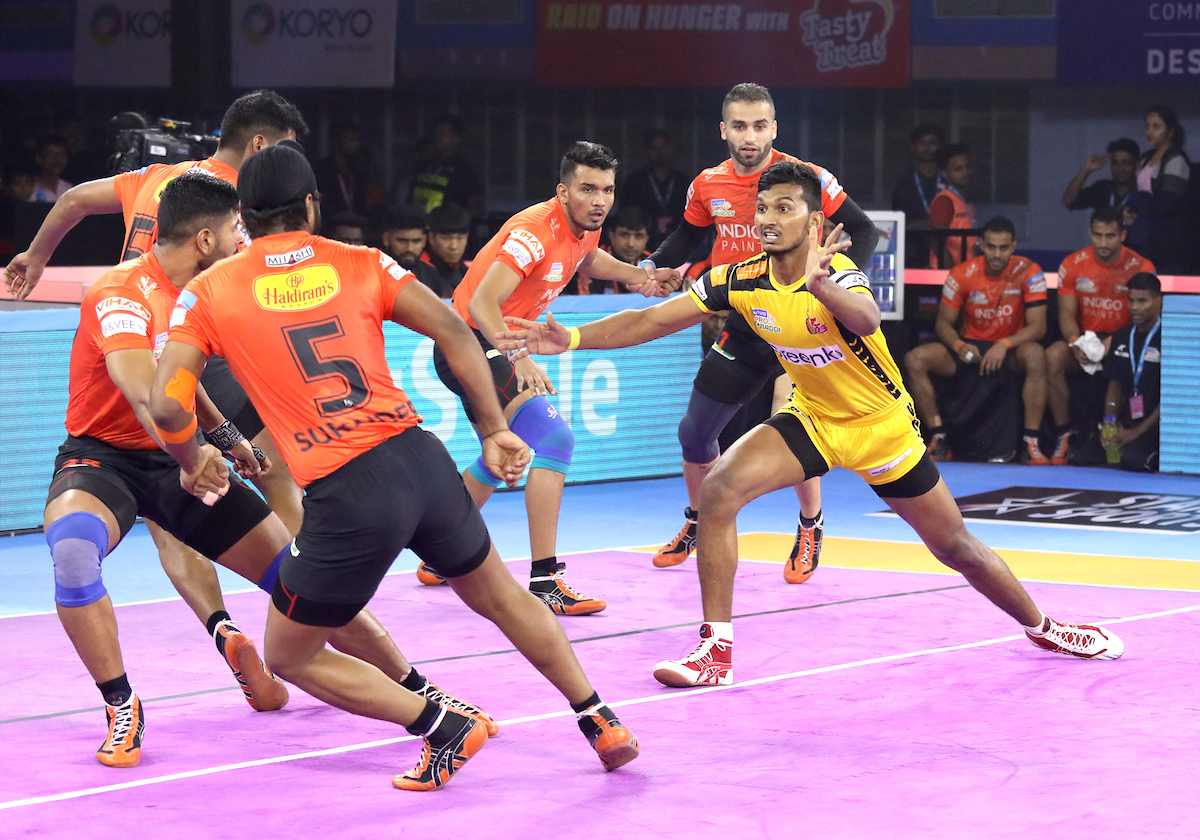 The game had a cautious start with both teams treading the mat carefully and looking to not make any mistakes. Siddharth Desai, playing against his former side, was easily the best raider on the mat in the initial minutes, and it wasn’t surprising to see Telugu Titans clinch an All-Out in the 14th minute of the first half and open up a four-point lead. But Mumbai were never out of the game, despite suffering the All-Out, and quickly initiated their comeback by tackling Siddharth Desai off the mat. The star raider’s absence in the ending minutes of the half meant the Titans struggled to dominate the mat as Abhishek Singh, U Mumba’s in-form raider (on the back of a two-match Super 10 streak), and Arjun Deshwal helped the Mumbai side reduce Titans to just one player on the mat. But Farhad Milaghardan saved the Telugu team the blushes by picking up two points in the final raid of the half to prevent an All-Out. The half ended with the scores level at 15-15. 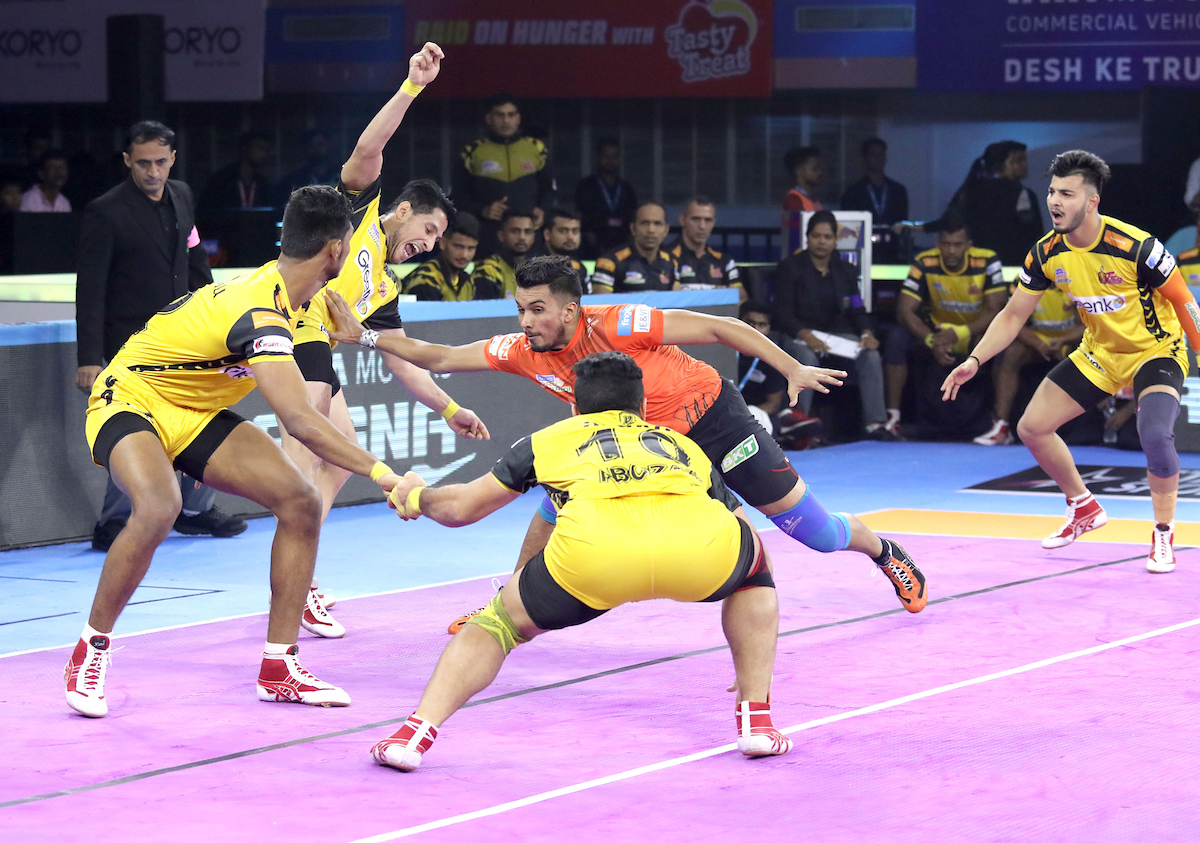 U Mumba got their All-Out in the second minute after the restart as season two champions began to look their very best. ‘Sultan’ Fazel Atrachali was in this tackling best as U Mumba opened up a sizeable lead and pushed the Titans to the fringes. But in Vishal Bhardwaj Titans have the league’s best defender and the left corner pulled off a mighty Super Tackle in the seventh minute of the half to delay what was beginning to look like an inevitable All-Out. But Atrachali executed another ankle hold to perfection (securing a High 5 in the process) and Arjun Deshwal produced a smart raid to finally give Mumbai the All-Out in the 13th minute of the half to open up a nine-point lead. A resolute defence helped Mumbai inflict another All-Out with two minutes remaining as they ensured Titans were given no opportunities to plan a comeback. 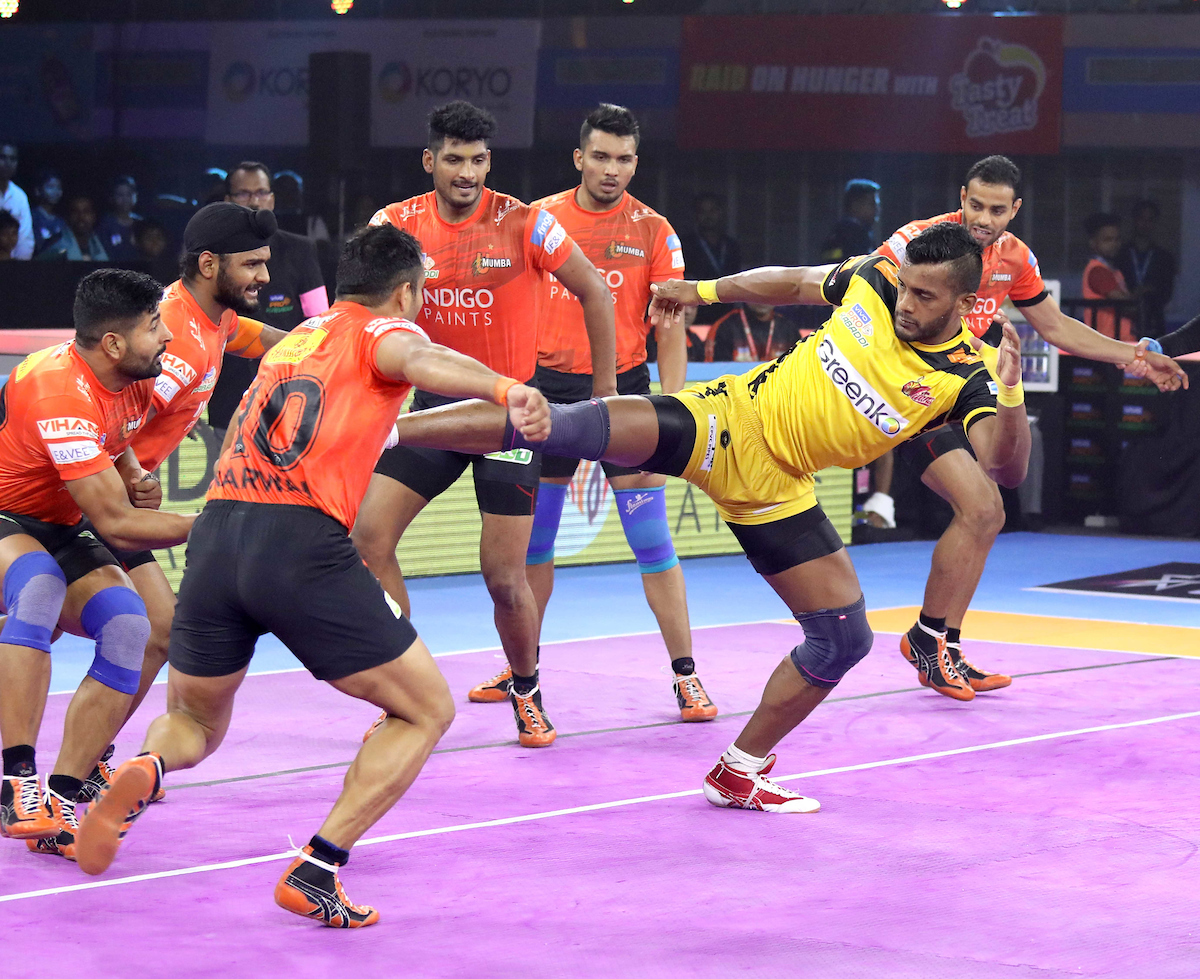