Sachin Tanwar produced yet another super show and scored second successive Super-10 however, the dynamic raider couldn’t take his team through as Gujarat Fortune Giants went down to Puneri Paltan in the Pro Kabaddi League Season 7 encounter in Pune on Saturday. Paltan playing their first match at home this season won 43-33.

After having relatively quiet first 20 minutes of the match, Giants came back strongly in the second half. Sachin led the pack with some outstanding raid points. The Giants’ star raider gave Puneri Paltan some anxious moments when he got Girish Ernak and captain Surjeet Singh out displaying his speed and agility while raiding. It also helped Giants to inflict all-out on Paltan. 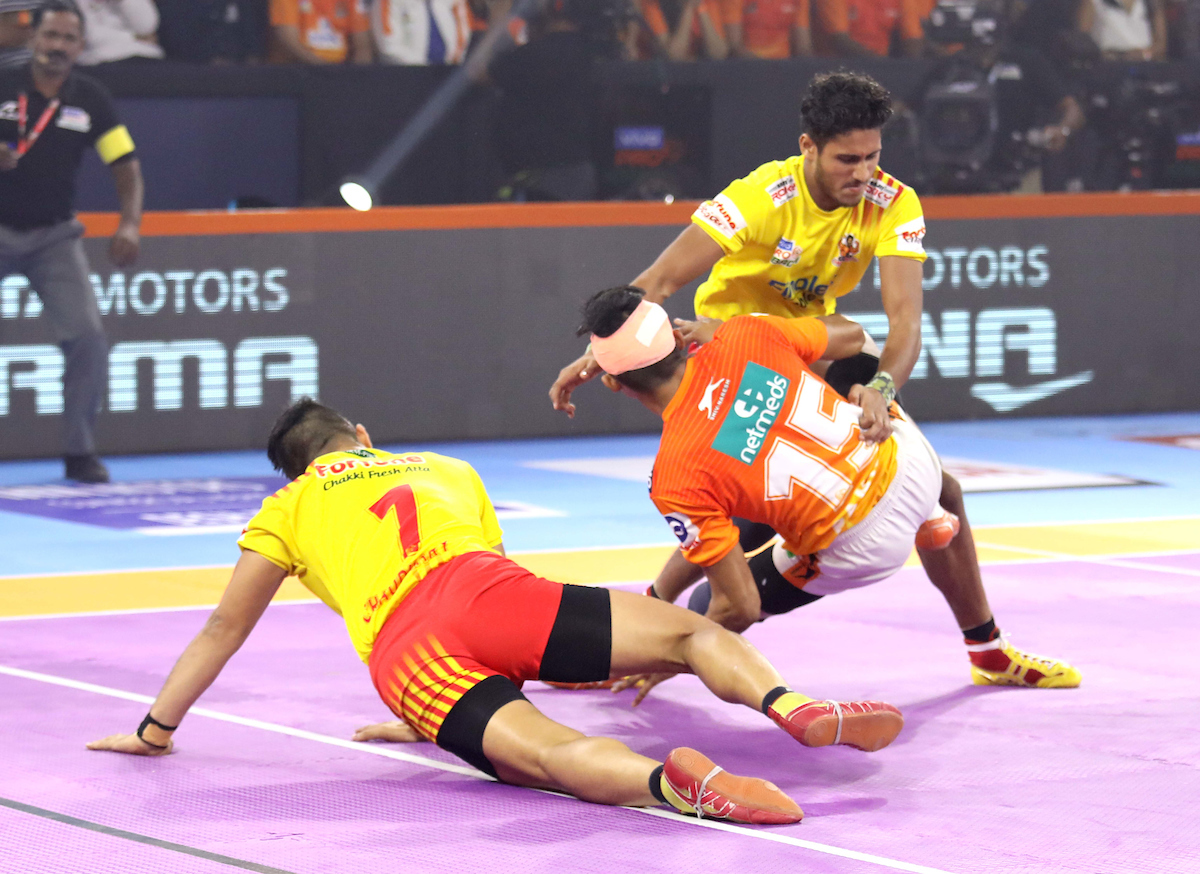 Sachin completed a well deserved Super-10 in the last minute of the match when Ernak failed in an ankle hold tackle. Rohit Gulia, who started off the bench as a substitute, contributed valuable 7 points.

Unfortunately for the Giants, the home team’s seasoned player Nitin Tomar returned to his form and scored season’s first Super-10. Manjeet Singh played second fiddle to Tomar as he added 7 points to his team’s tally. Gujarat team’s defence once again disappointed and was guilty of committing mistakes. Parvesh Bhainswal was top defender with three points. 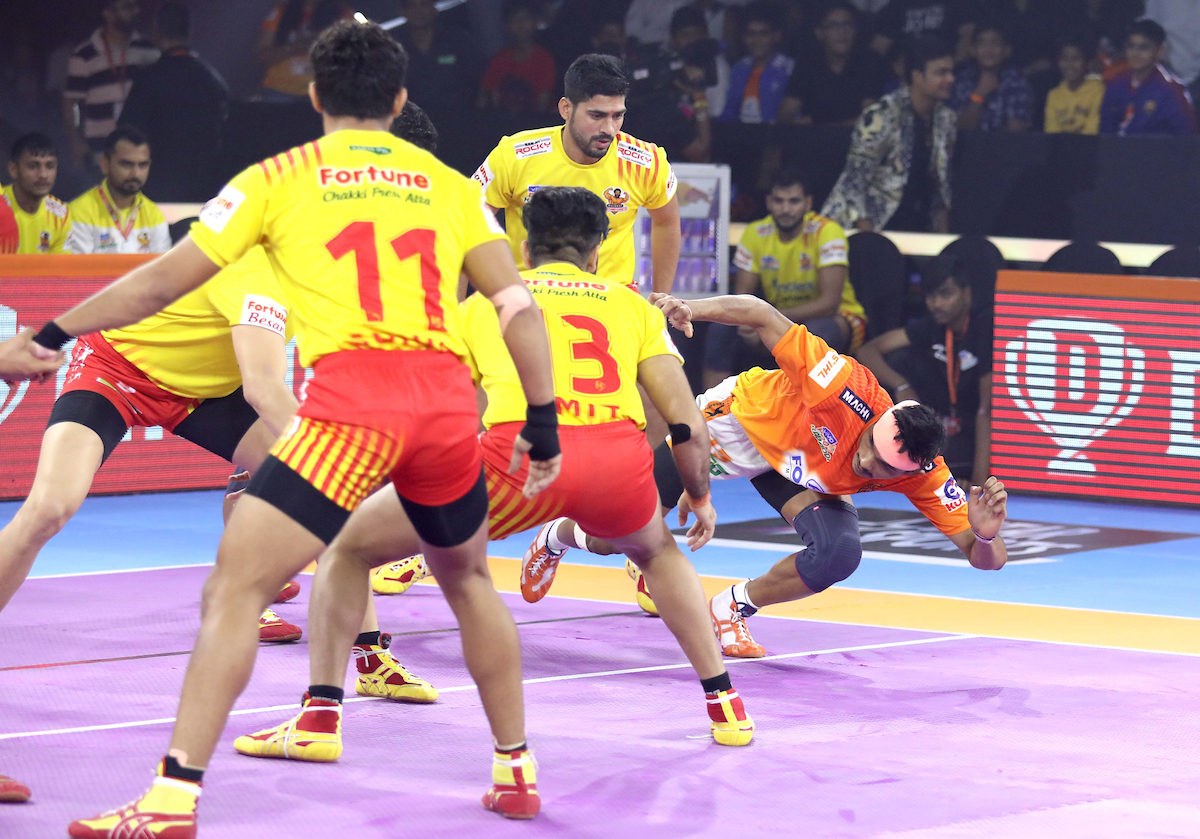 Earlier, the first half was a complete disaster for Giants. They conceded all out in the first ten minutes and at the half time only one player was left on the bench as Pune led 24-10.