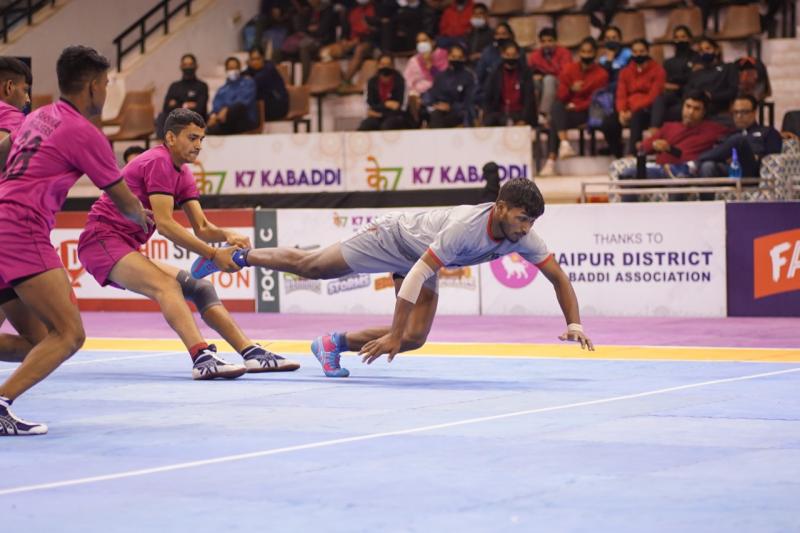 The Pool C proceedings will end with the first two matches of the day as the top 2 sides, JSG Warriors and Sariska Hi-Flyers will battle it out for a spot in the K7 Kabaddi World Series while the Jai Garh Jaguars and Marudhar Storms will clash to avoid the wooden spoon in the group. Later in the day, Aravalli Guards and Rana Pratap Riders will play the first game of Pool D, followed by a clash between Nahargarh Rangers and Salasar Express to finish the day's play. 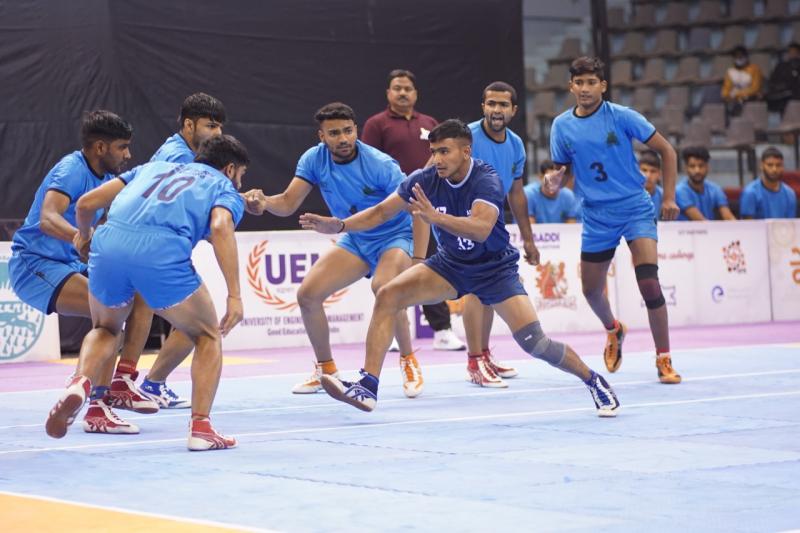 Jai Garh Jaguars grabbed a consolation win in their final of Pool C over Marudhar Storms who ended the tournament without a victory. The Jaguars were on the receiving end of huge losses in their first two matches but turned the tide in this game, especially after a lacklustre first half. The Storms grabbed the first point of the match as Uday Bhan Singh got a feathertouch on Mohit and opened the scoring. It was a cutthroat battle between the two teams until the Jaguars grabbed a 7-point lead at 7-14 and inflicted an all out on their opponents.

The Storms, led by Arun Solanki's powerful raids held their heads high after the all out and grabbed a lead towards the dying minutes of the first half and held on it till the half-time whistle. Aman Singh and Rohit Yadav were the two instrumental leaders in Jaguars' sheer dominance in the second half and they were aided by the sloppy defence by the Jaguars.

The JSG Warriors continued their stellar run in the competition over another tough opponent, the Sariska Hi-Flyers to pull off a victory and qualify for the K7 Kabaddi World Series. The Warriors were in the driver's seat for majority part of the contest. The match started with a super raid from Mahipal and the JSG Warriors never looked back from there. The Warriors inflicted an  all out in the early minutes and stretched the lead to 13-5.

The Hi-Flyers were trailing by 20 points at half-time with the score reading 29-9. In the second half, the Hi-Flyers inflicted an all out twice in the closing minute of the play, but the JSG Warriors were too powerful as they took out the team as many as three times in the contest. Mahipal led with 15 touch points while the duo of Ajay Sharma and Vishal Sharma handled the defence.

The last game saw the start of the POOL D proceedings. AG took on RPR in the first match of POOl D. Both teams would be a bit nervous but at the same time would want to start on a winning note take the final direct spot for the K7 Kabaddi World Series.

Yuvraj Choudhary and Rakesh Kumar Kuladiya opened the scoring for their respective teams with a bonus point each. Yuvraj followed his early raid with a multi-point raid but, Rakesh bettered this with a super raid. What followed was a series of points scored by each team before (AG) Ajay Dhaka traped the raider, Anuj Yadav, after he pinched a bonus point to hand an all-out to the RPR. 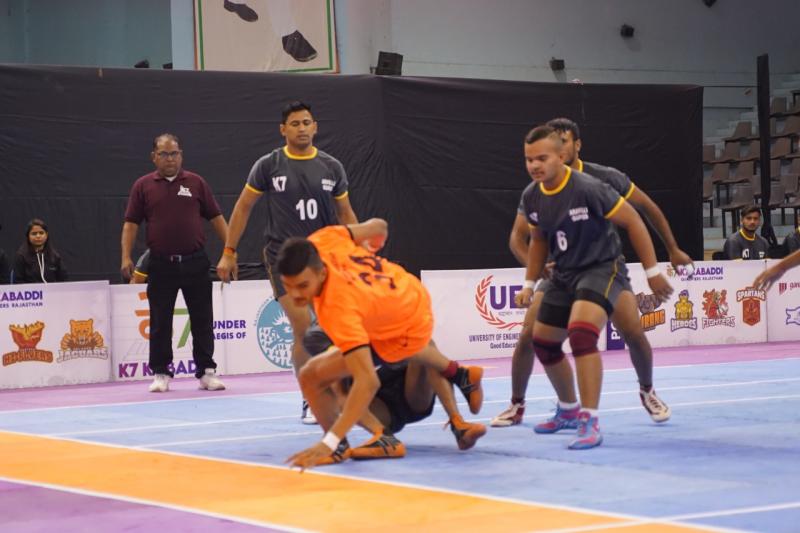 AG led for while but, PRP was not too far behind and eventually caught them with their own all-out. Ramlal Gurjar got thrown out of the lobby by Rana Pratap Riders defense with Dharmveer Singh managed to stay inside the line and saved a point. The half ended with both teams tied at 26 points each.

The 2nd half was a similar story. AG and PRP both were having a dog fight, Who gets to pick the bone for the longer duration. The all-important turning pointing in the game came during the 75th raid attempt. Perfect team play from RPR, saw the defense usher the raider Mahfooj Raja out of the mat. The all-out was conceded by AG. The match shifted towards the PRP side from then on out. RPR played the clock to perfection as they won the game by 8 points.

The last game of the day was another match that could go either way. Both teams yet to start a game had many unpredictable players that could turn the game on its head. The game started with Kana Ram Choudhary bringing Salasar Express 2 points, he evaded Kamu khan's tackle and added a bonus point too. Sardar Choudhary was doing his bit in the raiding department with backing kana up. SE build a lead of 4 points.

Sahil Jandu was a little late to get going. Finally, he was off to the mark to level proceedings at 8-8. But the half belong to the duo of Kana and Sardar as they scored multiple raid points to unsettle the NR's defense and finished the half with 8 points ahead. 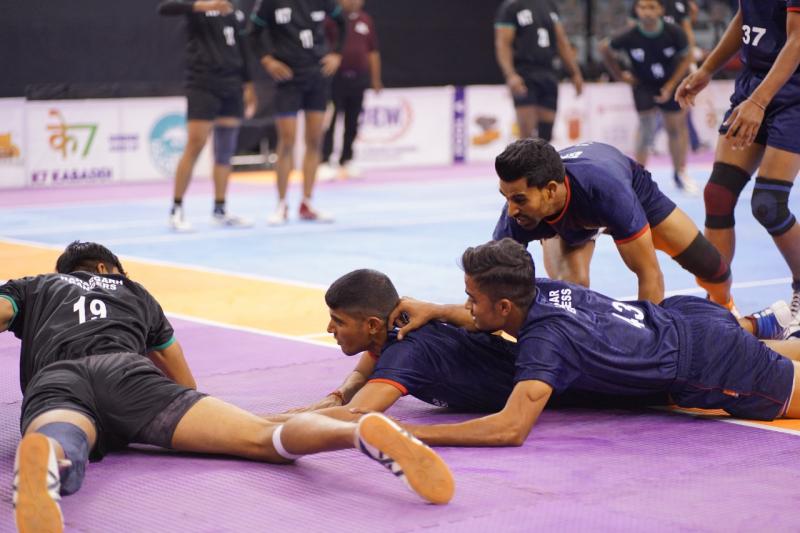 2nd half began with SE maintaining their lead, while NR had started scoring points but was leaking them on their end as well. But, a SUPER RAID! by Sahil Jandu during the 61 st raid of the game shifted the momentum. He made his way past half of the SE defense and picked up 3 massive points for his side to level the proceedings 26-26.

From then on, the game was pretty level-headed till the last min. Sahil had the last laugh with his multi-point raid during the dying mins of the game, which saw NR edge SE by 2 points to win the thriller.