K7 Kabaddi reaches Jaipur, as the Rajasthan Qualifiers begin with teams looking for a chance to seal their spot in the inaugural K7 Kabaddi World Series. K7 World Series will be India's first year-round tournament.

K7 Kabaddi Qualifiers and K7 Stage-Up in Haryana were completed earlier this year in August. The countdown has now begun to the next leg of the event that will take place in Rajasthan from 7-12th December 2021. The qualifiers in Sonipat saw 16 teams competing for a spot in the K7 Kabaddi Stage Up 2021. The top 2 teams from each pool and 2 wild-card teams participated in an intense battle in K7 Kabaddi Stage-Up. 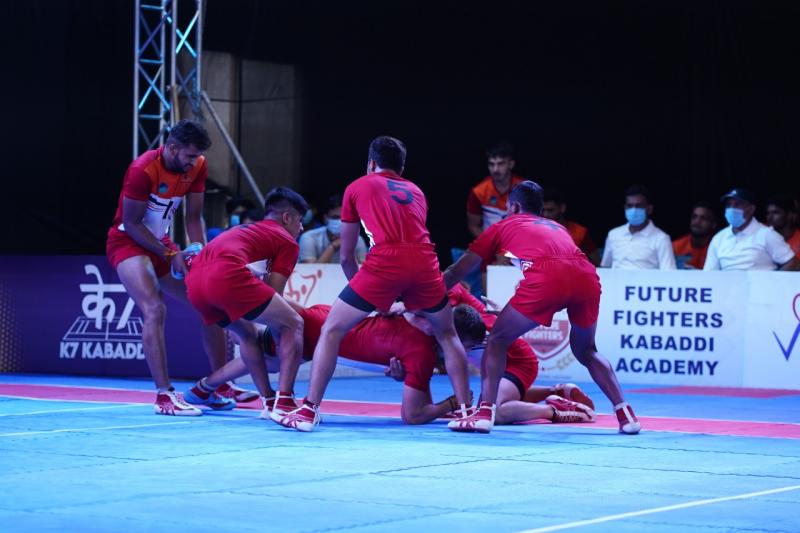 Interestingly, 2 out of the 4 teams that reached the semi-finals were the wild-card entrants. More than 140+ players & coaches from 50+ villages took part in the inaugural tournament. The tournament proved to be a huge boost to junior players with over 20 players from 10 different teams making their way into the Pro Kabaddi League season 8. The Players and teams from Rajasthan will be hoping to create a similar impact.

A total of 16 teams from across Rajasthan will participate in the K7 Kabaddi qualifiers due to kick off on 7th December in Jaipur.

Top teams from the earlier held K7 Kabaddi Stage Up (Haryana), will take on the winners of the Rajasthan Qualifiers leg in the K7 Kabaddi series. The series will be much longer than the K7 Kabaddi qualifiers. It will provide the young players with the idea of the regular professional kabaddi season. How to cope along with it and what to expect in the future.

The K7 Kabaddi series is likely to be a 15 week-long event, with each team playing somewhere between 22–40 matches. The key stakeholders in the event will include referees, coaches, and players. All of whom will have the opportunity to evolve and showcase the great sport of Kabaddi. It will be the perfect platform for them, to take their game to the next level and move on towards their dreams of playing in the professional circuit. And who knows someone will end up in the national team soon.