Pankaj Mohite, with 17 raid points, was ably supported in the defence by Pune’s Surjeet Singh and Sagar Krishna (both securing High 5s), as the result helped the home side jump to 8th place on the points table. Bengaluru’s top raiders Pawan Sehrawat and Rohit Kumar picked up Super 10s but they were found wanting against a stronger and cleverer Pune side. 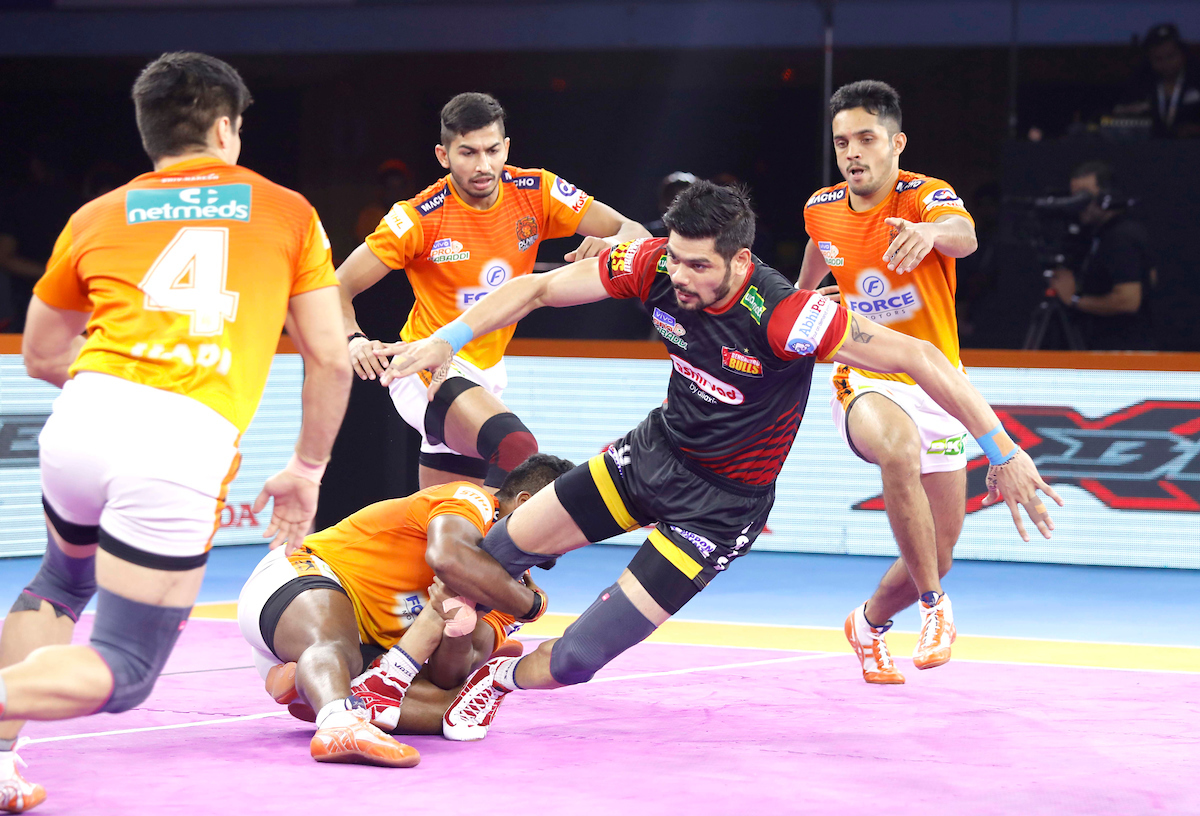 Bengaluru might have started the match as favourites but the home side showed their true potential in a fiercely fought first half. Surjeet Singh and his Pune defence had a game-plan for the high-flyer Pawan Sehrawat and their two lines of defence meant the threat of Bengaluru primary raider was neutralised for most of the first half. On the other side of the mat, Pankaj Mohite had yet another brilliant outing. The young raider playing his first season of VIVO Pro Kabaddi fetched points with ease, producing classic Kabaddi moves such as the Dubki in the process, as Pune clinched their first All-Out with seven minutes remaining in the first half. Rohit Kumar produced flashes of brilliance to lead a mellowed comeback for the Bulls but Surjeet’s High 5 and Pankaj’s 9 raid points meant Pune went into the half time with a five-point lead (20-15). 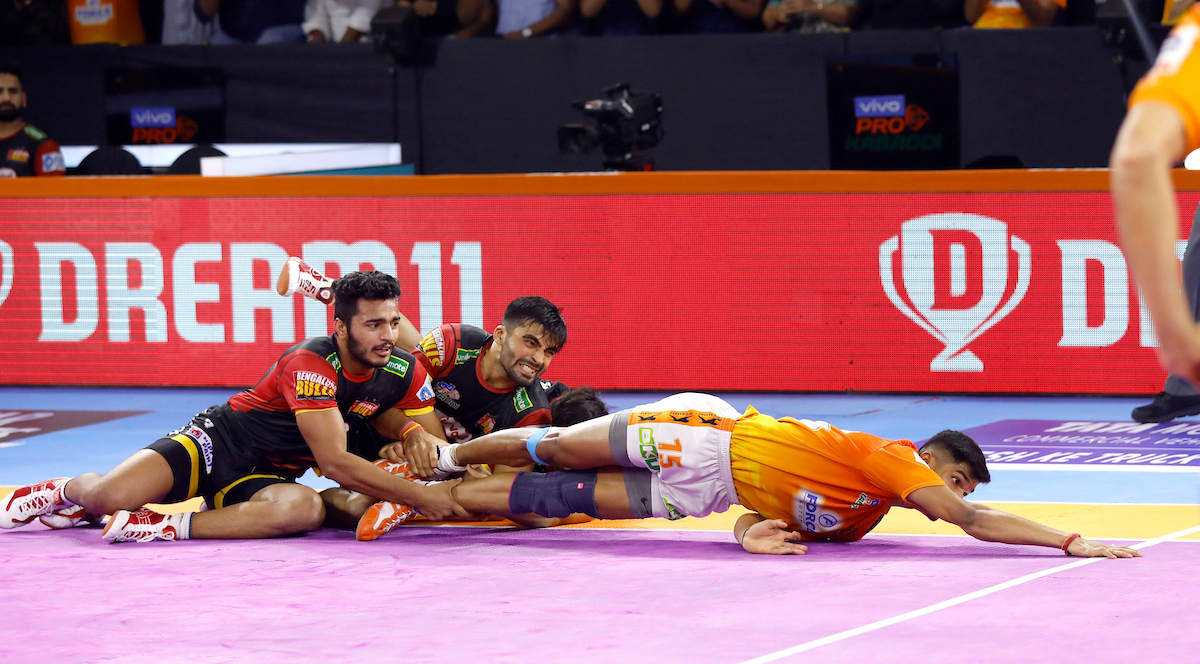 Pune secured their second All-Out of the match in the fifth minute after restart to open up a nine-point lead as Pankaj Mohite secured his Super 10. But Bengaluru Bulls were not ready to be tamed without a fight and multi-point raids by Pawan Sehrawat and Rohit Kumar reduced the deficit to five points. But facing an All-Out Sagar Krishna produced three successful tackles including two Super Tackles to help Pune open up the lead again. He picked up his High 5 but the Bulls edged in on another All-Out with less than three minutes in the game. But Pankaj Mohite defied all of Bulls’ valiant attempts to stop him and extend the inevitable All-Out. Bulls did pick up the All-Out in the final minute but Pune’s players remained calm to see out an important win. 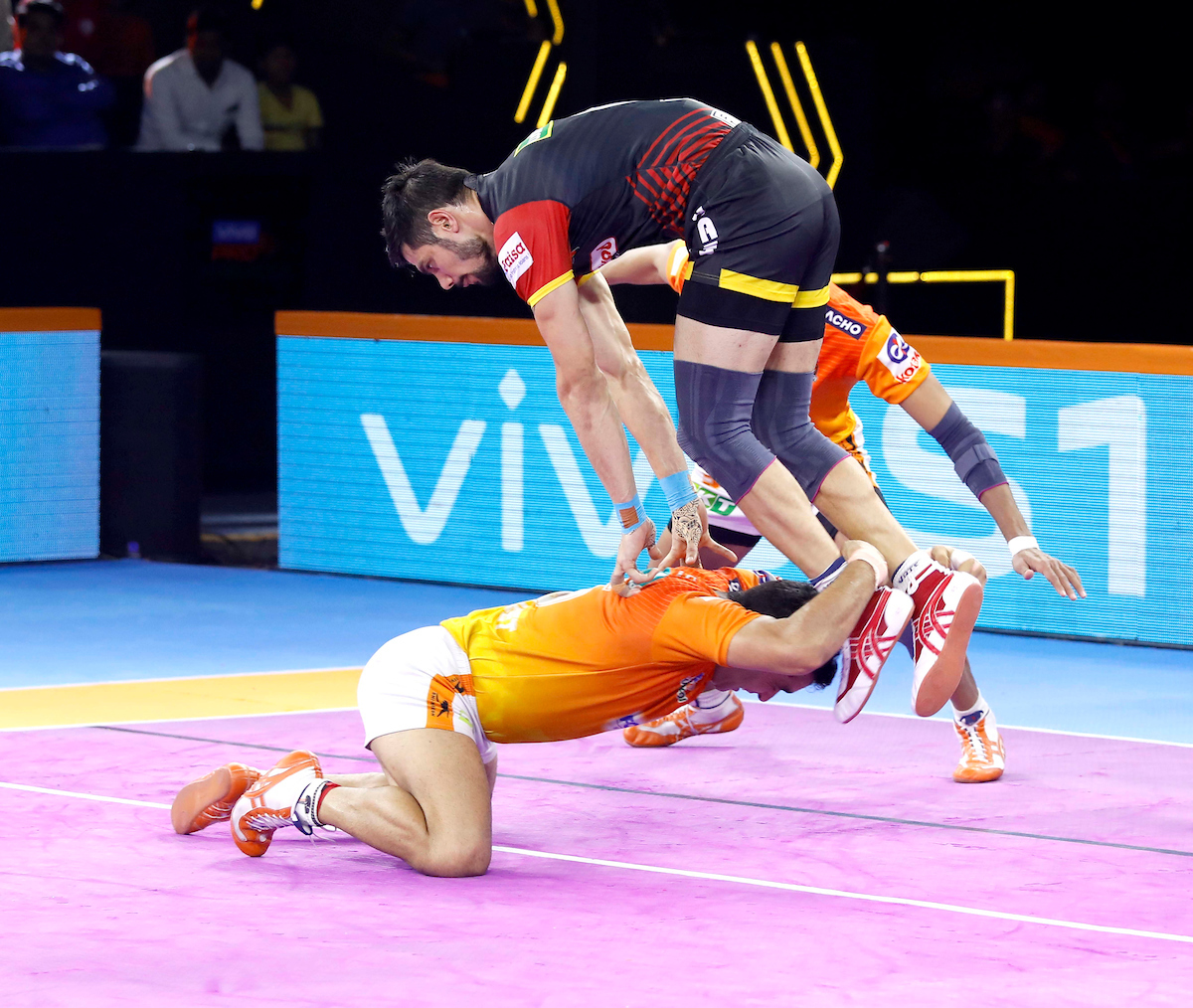 The VIVO Pro Kabaddi will jump to Jaipur on Saturday as the Pink Panthers look to revive their fortunes in the 100th match of Season 7.