Haryana Steelers returned to winning ways as they defeated the three-time champions Patna Pirates 39-34 in the match number 104 of the Pro Kabaddi 2019 at Jaipur's Sawai Mansingh Stadium. Vikas Kandola was the top performer for the Steelers as he went on to score 13 important for them. With this win, the Steelers have moved to the third position in the points table behind Dabang Delhi and Bengal Warriors.

The match began with both Pirates and the Steelers raking up points till the first six minutes of the match. The Steelers then took charge in the match as Pirates' Pardeep Narwal was tackled by Ravi Kumar and then Vikas Kandola inflicting an all out in the ninth minute of the match, taking an 11-6 lead. Patna tried to fight back with Pardeep and Jang Kun Lee making successful raids and picking up points. The first half ended with Steelers leading 17-15.

In the second half, Pardeep Narwal getting two successful raids before being tackled Kuldeep Singh in the 22nd minute. Vikas Kandola then put consecutive two-point raids and reduced the Patna team to just two players. The 27th minute saw Jan Kung Lee being tackled by Ravi Kumar, sending back all the Patna Pirates on the bench. Pardeep then tried his best to get Patna back in the game when he got a four-point Super Raid in the 30th minute of the match and also completed his Super 10 on the way.

Pardeep Narwal scored 17 raid points from 22 raids to register his 12th Super 10 of this season. He also has 11 Super Raids to his name, the most by any player in this edition of Pro Kabaddi.

Also watch: Pardeep fires, but no support from Pirates as Vikas Khandola notches win for Steelers|39-34

However, Vinay and Prashanth Kumar Rai made sure that the Steelers are in the lead, with Kuldeep Singh tackling Pardeep once again. It was game over for Patna when the third all out of the match was inflicted in the 37th minute to take a nine-point lead. Even still, Narwal picked up four points from four raids, but the Steelers had enough points on the board to make sure that he did not turn the game in Patna's favor.

Patna Pirates will be up against the Haryana Steelers in the match number 104 of the Pro Kabaddi 2019. Patna have three wins and one draw from their last four games and have managed to found their form in this league. They would like to continue the same form against the Steelers at the Sawai Mansingh Stadium in Jaipur as well. On the other hand, the Steelers faced a loss against the Bengal Warriors after seven-match unbeaten streak. The Steelers would be looking to return to winning ways as they face Patna. In their previous encounter this season, Steelers had registered a 35-26 victory against the Pirates. 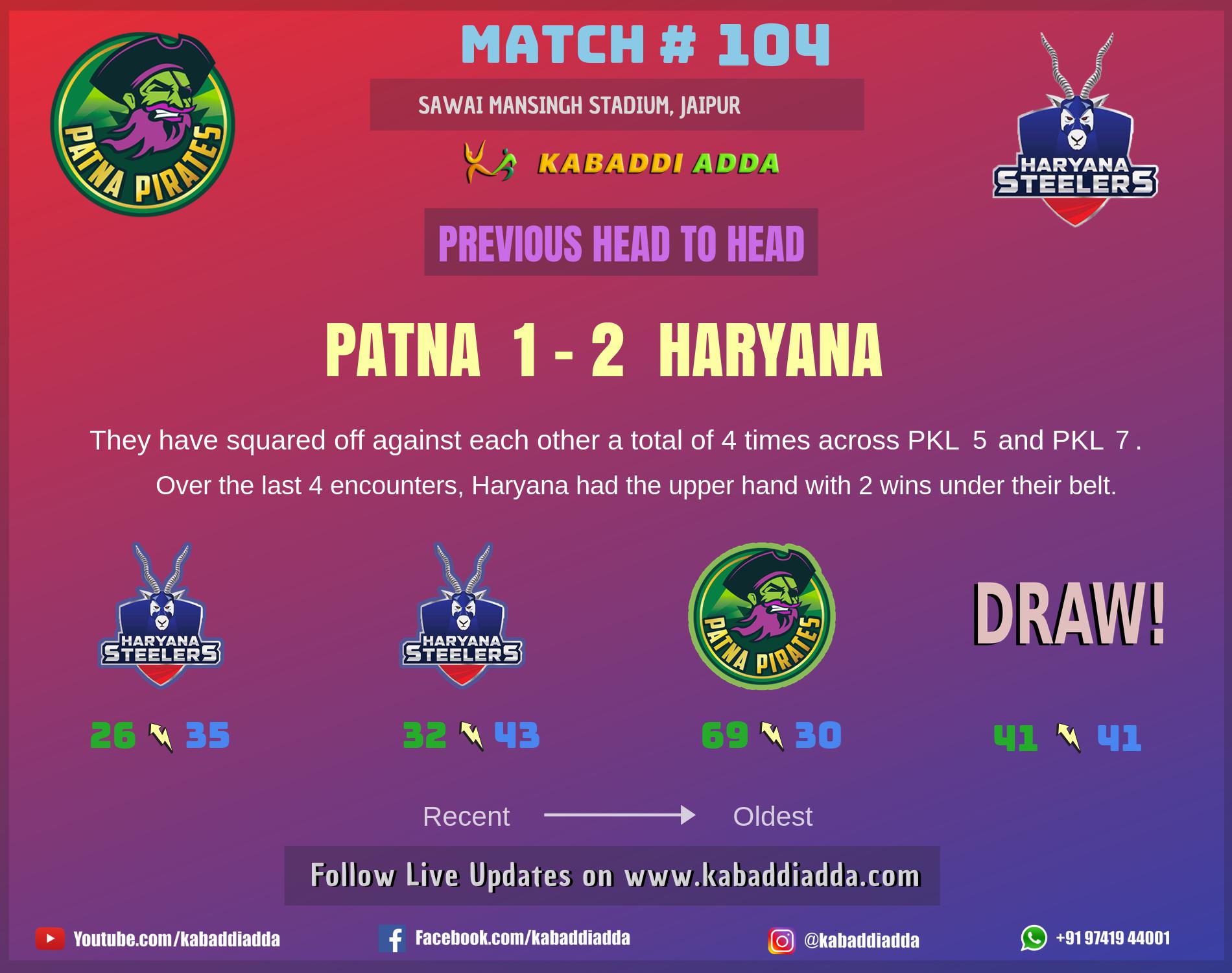