Haryana Steelers became the third team to qualify for the playoffs of Pro Kabaddi 2019 after they won a closely fought contest against Gujarat Fortune Giants. The Steelers won the match 38-37, first for the team in front of their home crowd at the Tau Devilal Sports Complex in Panchkula. Vikas Kandola once again was the star for the Steelers as he picked up his ninth Super 10 of the season.

Haryana Steelers qualify by pipping out Gujarat Fortunegiants in a thriller

After their 29 point victory over Tamil Thalaivas, the Fortune Giants seemed to be in a great form as Rohit Gulia picked up a Super Raid in the very first minute of the match. He sent Dharmaraj Cheralathan, Ravi Kumar and Vikas Kandola on the bench to take a 3-1 lead. Sonu Jaglan's back to back successful raids got the Giants in a dominating position after they inflicted an all-out on the home team in the seventh minute of the match to take a 12-6 lead. However, Prashanth Kumar Rai and Vinay started making successful raids to give a tough fight to the Fortune Giants. The teams went into the halftime 19-14, in favor of Gujarat.

In the second half, Prashanth's four back to back successful raids got the home team all pumped up as the gap was reduced to just one point in the 26th minute. Amit's Super Tackle on Vikas gave the Giants some breathing space but only till a fantastic Super Tackle by Dharmaraj Cheralathan on Rohit Gulia. Within a couple of minutes, Kandola got a three-point Super Raid, followed by three consecutive successful got the Steelers in the lead for the first time in the second half. GB More and Rohit Gulia's successful raids made sure that the scores were leveled in the last minute of the match.

Steelers will be delighted in the playoffs after being failed to qualify last season.

When Gulia went in for the last raid of the match, he picked up touchpoint but was sent off the mat by Sunil to seal the thrilling victory for the home team. Sunil and Cheralathan picked up four points each in the defense while Prashanth Kumar Rai got nine points for his efforts. For the Gujarat team, Rohit Gulia was the top performer with 11 points (7 raid and 4 tackle points), while Sonu got eight points to his name. 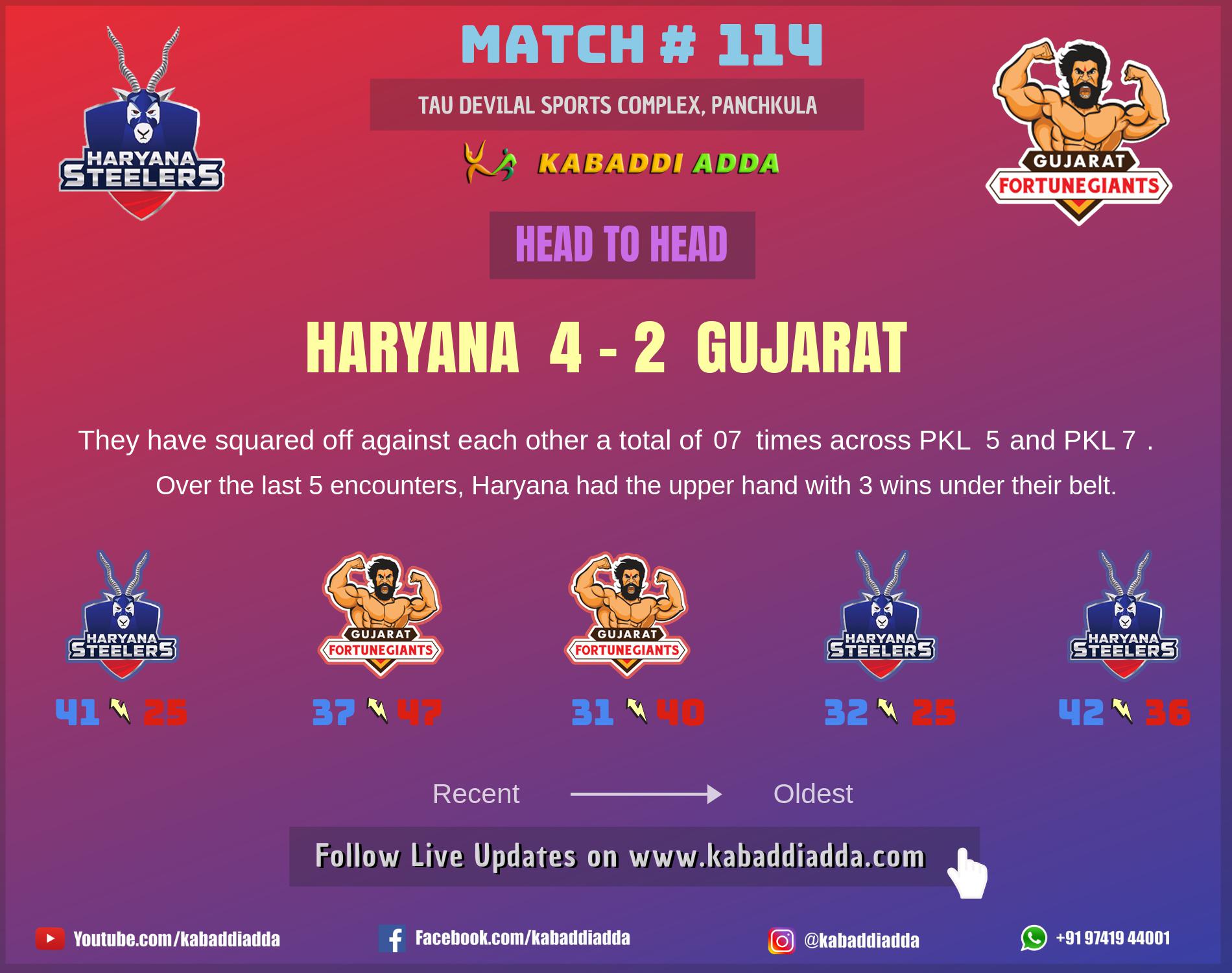