A Spectacular super 10 by raider Abhishek Singh and an all round performance by Sandeep Narwal helped U Mumba register a win over Tamil Thalaivas at Tau Devilal Sports complex in Panchkula . This victory helps U Mumba stay in the hunt for the playoffs.

The first half of the match was a battle of raiders from both the teams. After this a prolific effort by defender M Abhishek reduced U Mumba to three men on the court. Countering this Athul MS did a two point raid and turned the tide in his team's favour. However late heroics of Faizal Atrachali helped U Mumba gain a lead of four points in the first half, with a scoreline of 15-11.

At the start of the second half Abhishek helped his team to gain a lead of 5 points, which set the tone for U Mumba. Then after U Mumba inflicted the very first all-out of the match taking a lead of 8 points in the match. But, Ajith consistently got the touch points for Tamil, which kept them in the hunt.

The 36-32 victory leaves U Mumba just a win away from confirming their spot in Top - 6.

Match Preview: Opportunity for U Mumba to jump up in points table

U Mumba will face Tamil Thalaivas at Tau Devilal Sports Complex, Panchkula today. Both the teams have squared off against each other a total of 4 times across PKL 5 to PKL 7. However, across the last 4 encounters, U Mumba had the upper hand with 3 wins under their belt. So get ready for tonight's encounter and to see who will have the upper hand in today's match.

Head to head: Tamil Thalaivas vs U Mumba 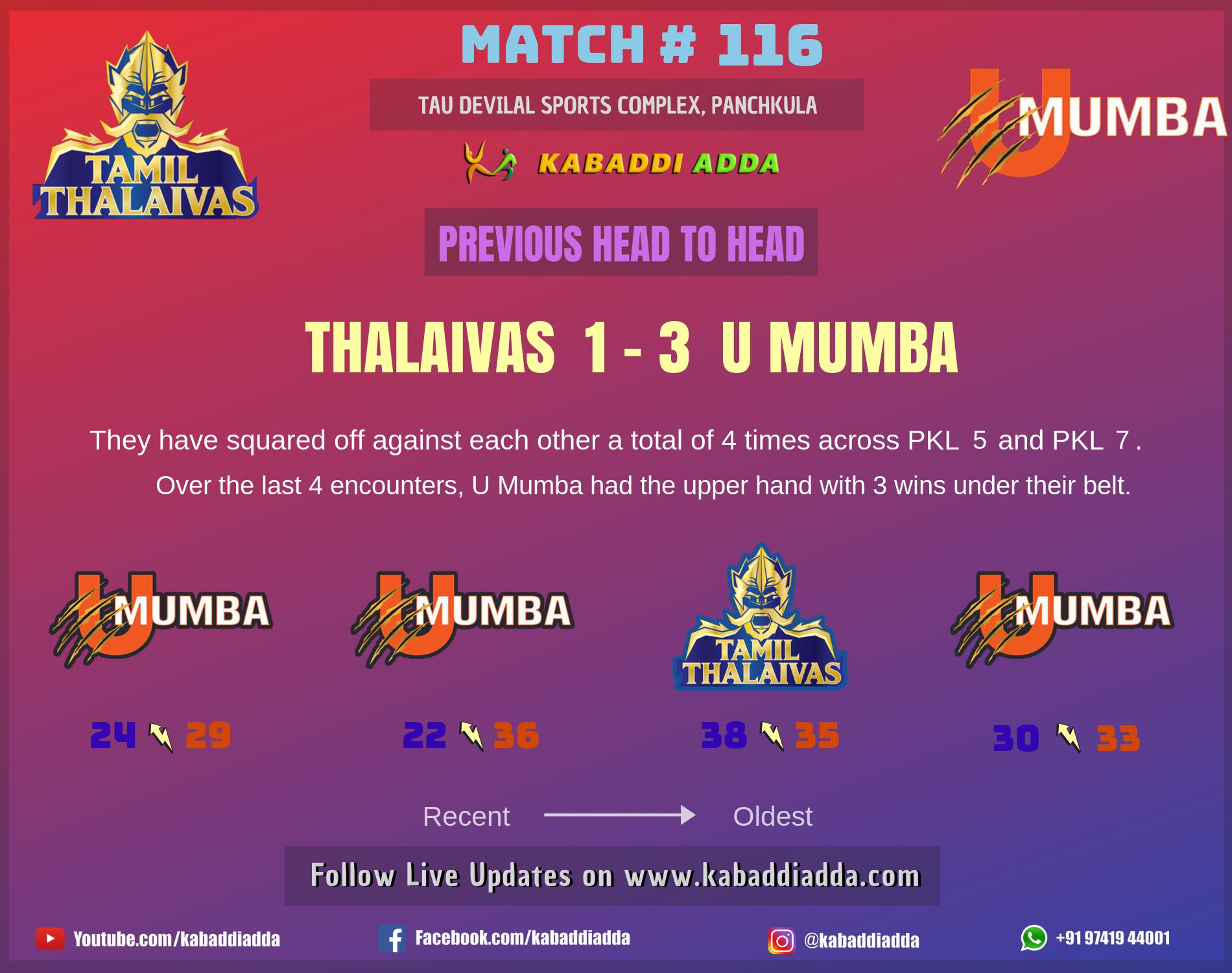