Bengal Warriors becomes Pro Kabaddi season 7 champions. Warriors beat Dabang with a score of 34-39. Warriors and Dabang had come to finals for the 1st time in PKL history and Warriors stands strong against Dabang and won the match with 5 point lead.

Dabang Delhi started the match by dominating on Warriors with 5-0 score, where Warriors scored their 1st point after 5 minutes of the match. Bengal defense did not attack Dabang Delhi raiders while Warriors raiders kept getting tackled by Delhi defense. It was only 5 minutes past when Dabang Delhi inflicted 1st All-Out on Warriors. Looked like Dabang will be the champions but after the All-out Warriors fought back and speeded up the match by tacking pointing one after another. Warriors inflicted 1st All-Out on Dabang Delhi and leveled the scored at the end of 1st half by 17-17.

Both teams slowed down the match and started playing in DO-Or_die raids at the starting of 2nd half. Dabang Delhi failed to support Naveen and Naveen spent most of the time on the bench when Warriors inflicted one more All-Out on Dabang Delhi in just 8 minutes of 2nd half. Naveen scored 21st Super 10 of the season after the All-Out, but Rinku tackled Naveen and sent him back to the bench again which lead to one more All-Out on Dabang Delhi. The last 10 minutes were left when the score was 24-34 in the favor of Bengal. Sukesh Hegde scored 100 points in this season. The last 5 minutes were left and Dabang Delhi had 0 tackle points in 2nd half. Naveen kept taking bonus points but that was not enough for Delhi to win the match, and it was the time when Naveen swiped Rinku and Nabibaksh out of the mat in just one raid. Naveen becomes the 3rd raider to score 300 raid points in this season after Pawan Sehrawat and Pardeep Narwal. It looked like Dabang Delhi is coming back to win the title but Warriors' strategy worked and Bengal Warriors won the Finals for the 1st time and became Champions of Pro Kabaddi League Season 7.

Dabang and Warriors have squared off against each other in a total of 14 times across PKL1 and PKL7, where both the teams have equal wins under their belt with 2 draws. Over the last 5 encounters, Delhi had an upper hand with 3 wins and a draw, but in the last encounter, Warriors had a win with a huge lead.

Finals will be a challenging match for Warriors as Maninder was unfit and was out of the mat in an important match like semi-finals, Will Maninder be fit enough to be a part of the team as Warriors will want a leader to be on the mat to reduced unnecessary advance tackles. Will BC Ramesh's Karnataka raiders K. Prapanjan and Sukesh Hegde be able to thrash Ravinder Pahal??

Dabang Delhi is looking like they have been studying important players very closely, the way they put all their strategies against Pawan Sehrawat in semis to keeping him off the mat for most of the time. Will Dabang Delhi have plans against Sukesh, Prapanjan, and Nabibaksh? 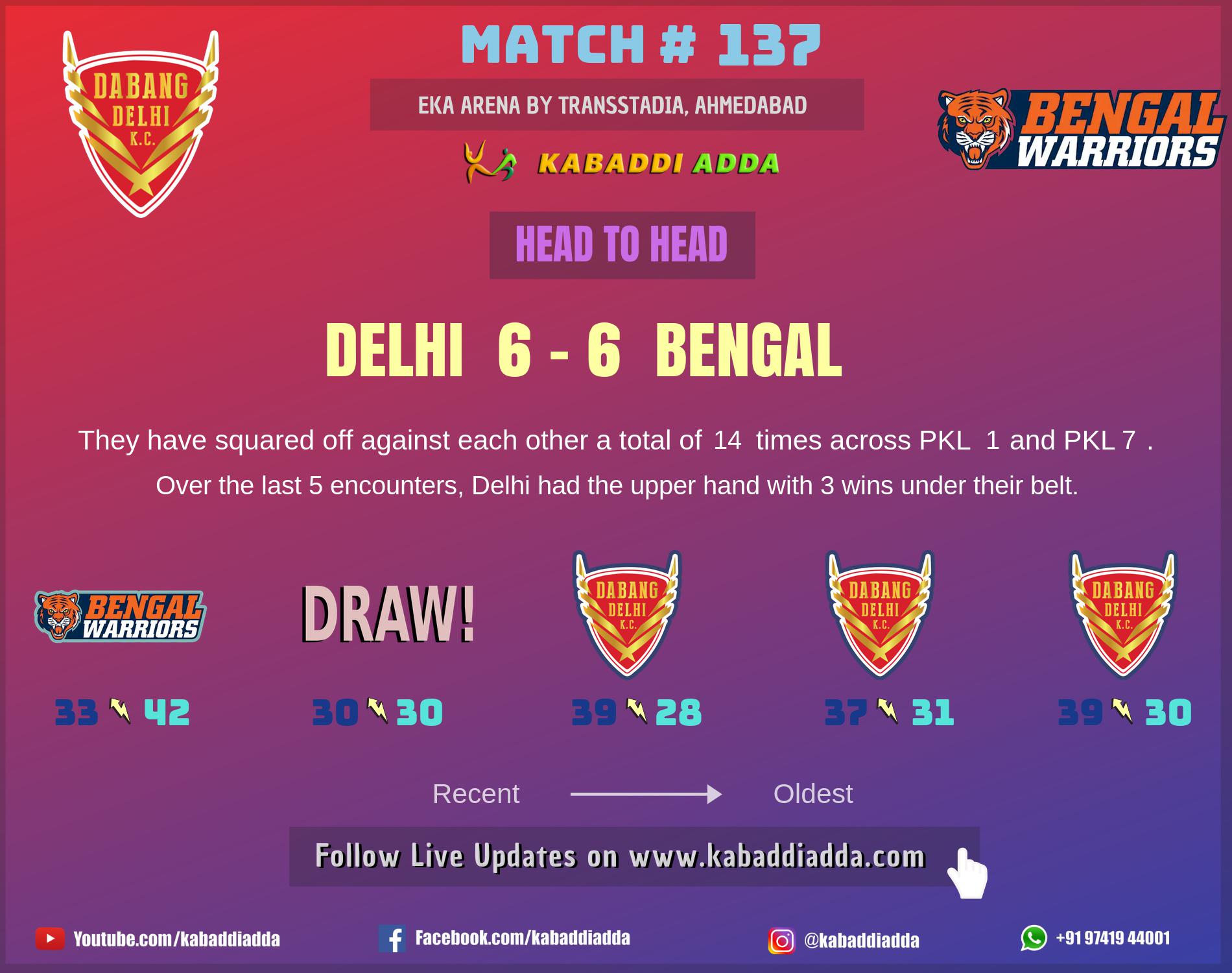