Siddharth Desai produced a stellar performance with 18 points to guide Telugu Titans to a 40-29 victory over Haryana Steelers in the match number 47 of Pro Kabaddi 2019. The Titans had an upper hand over the Steelers from the beginning as they went on to take an early lead in the match. It was a poor show from the Haryana Steelers' defense as they managed to pick up only three tackle points against Titans' 10.

The first half started with both the teams going on the toe to toe with each other. The Desai brothers, Siddharth and Suraj took care of the raiding department for the Titans while Vikas Khandola was the sole raider for Steelers. However, with the first 10 minutes over, the Titans upped their game to take a lead in the game. They also inflicted and all out on the Steelers in the 16th minute. At the end of the first half of the match, the Titans were leading 21-13.

In the second-half, Siddharth Desai went on a rampage and got back to back successful raids. He went on to complete his Super 10 soon as the Titans inflicted yet another all out with little over 12 minutes remaining in the match. The Haryana defense looked helpless in front of the Titans' raiders as they went on to take points after points. Their raiders tried to keep the Steelers in the game but it was too late for them as Titans had gone way ahead with very little time remaining in the match. Vikas Khandola managed to pick up nine raid points, while their best defender could only manage to get one tackle point.

For the Titans, Siddharth got 18 raid points, followed by Suraj Desai getting five raid points. Defenders Abozar Mighani and Vishal Bhardwaj got three tackle points each to their name. They are scheduled to face Jaipur Pink Panthers on 24th August while Haryana Steelers will be up against U Mumba on the 19th.

Match Preview: Steelers look to continue winning run as they face the Titans

Having defeated Gujarat Fortune Giants, Bengaluru Bulls and UP Yoddha in back to back matches, Rakesh Kumar's Haryana Steelers will play against Telugu Titans in the match number 47 of the Pro Kabaddi 2019. Titans will be under slight pressure after having tied their last game against Bengal Warriors. Although they have a 2-1 advantage over the Steelers, the Titans need to up their game against the high spirited Steelers. 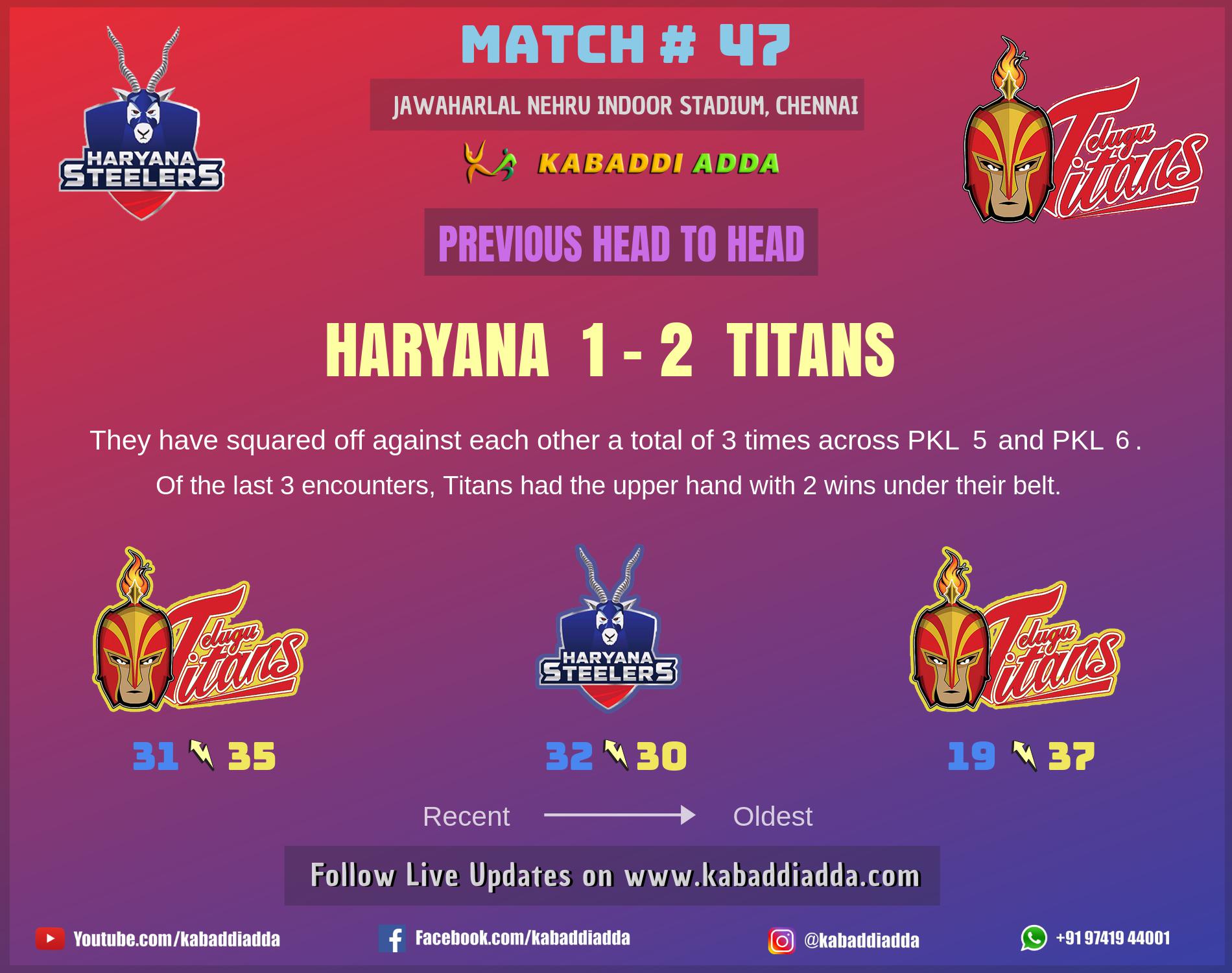