Home team Tamil Thalaivas and Puneri Paltan played out a highly entertaining 31-31 draw in a topsy-turvy second match of Pro Kabaddi League Season 7 at Jawaharlal Nehru Indoor Stadium on Sunday. Rahul Chaudhari and Manjeet were the stars for Thalaivas and Paltan respectively.

To begin with the first half, it was hardly a surprise when Tamil Thaliavas made a dominant start to the match on their home mat with a star-studded team. The early strategy from the home team and its coach was clearly to use Rahul Chaudhari in the raids and preserve Ajay Thakur for the later stages. But the plan was put to waste as the Paltan defense held firm and troubled the Tamil raiders. Pune bagged the first all-out on the Thalaivas with nine minutes remaining till half time. The first half ended 15-13 in favor of Pune.

The Chennai defense had a better game plan in the second half, and their consistent, successful tackles turned things around for the team, clinching their first all-out within two minutes after the restart. Pune played its cards well too and had a commanding lead with very little time left on the clock. But to everyone’s shock, V Ajith Kumar secured four points in a Super Raid, with slightly over two minutes remaining in the encounter, to tilt the balance once again in Thalaivas' favor.

The match was for anyone to grab now, but both Rahul Chaudhari and Manjeet failed in their attempts at Do-or-Die raids in the last minute and the match ended in a tie.

Though the encounters between these two teams in the past two seasons have the record tied at 1-1, the Thalaivas have a slight edge tonight vs Pune because of their lack luster performance this season. 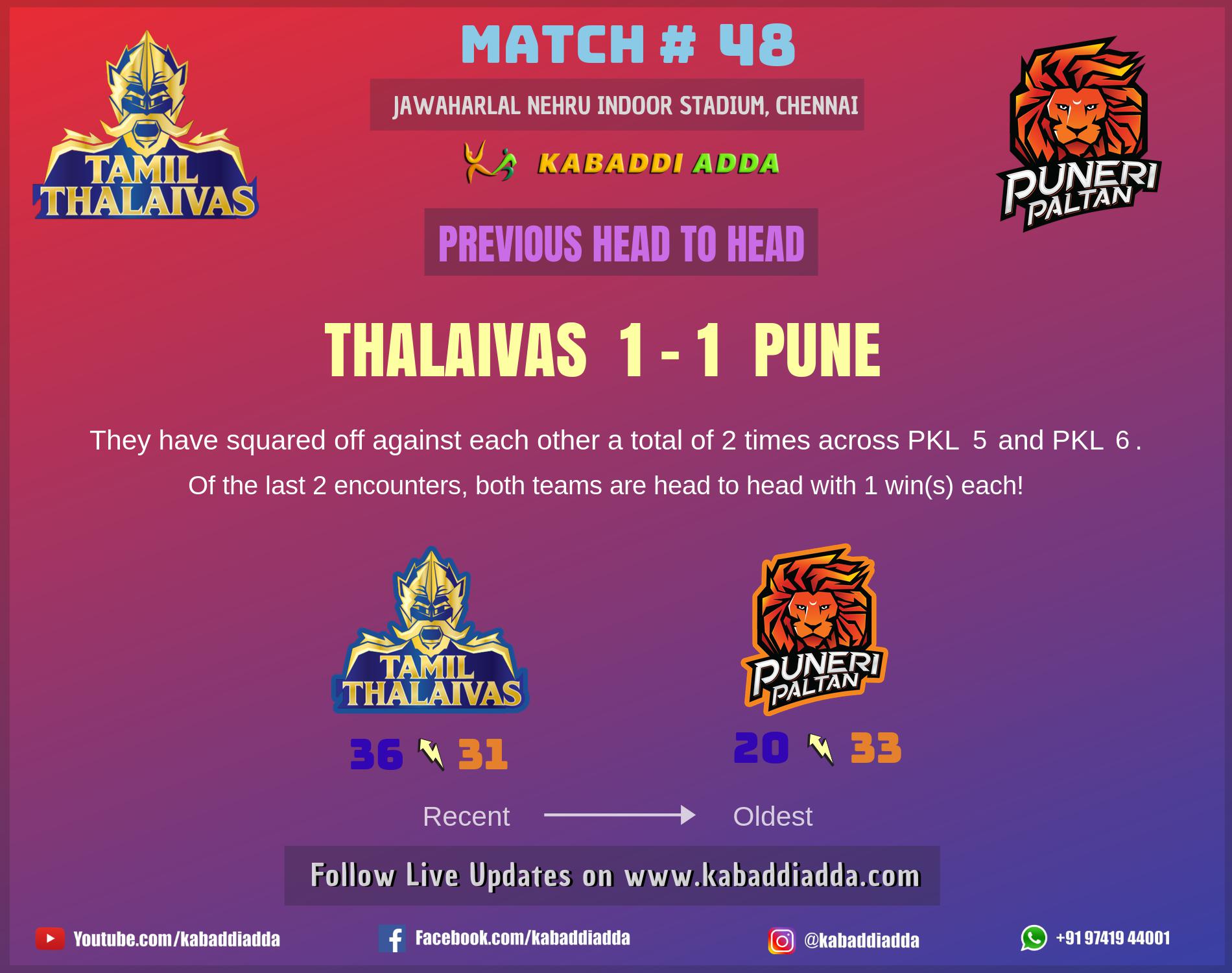 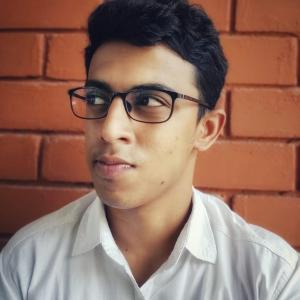