Kabaddi will be back on the mat soon as Rajasthan Kabaddi League begins preparation for the second season. As reported by us earlier, Rajasthan Kabaddi League Season 2 is scheduled to get underway in November. The tournament is spread over five weeks and will see a participation of 10 franchises from all over Rajasthan. It could very well be the first major Kabaddi tournament to be played after the country was sent into lockdown in March due to the novel corona virus. 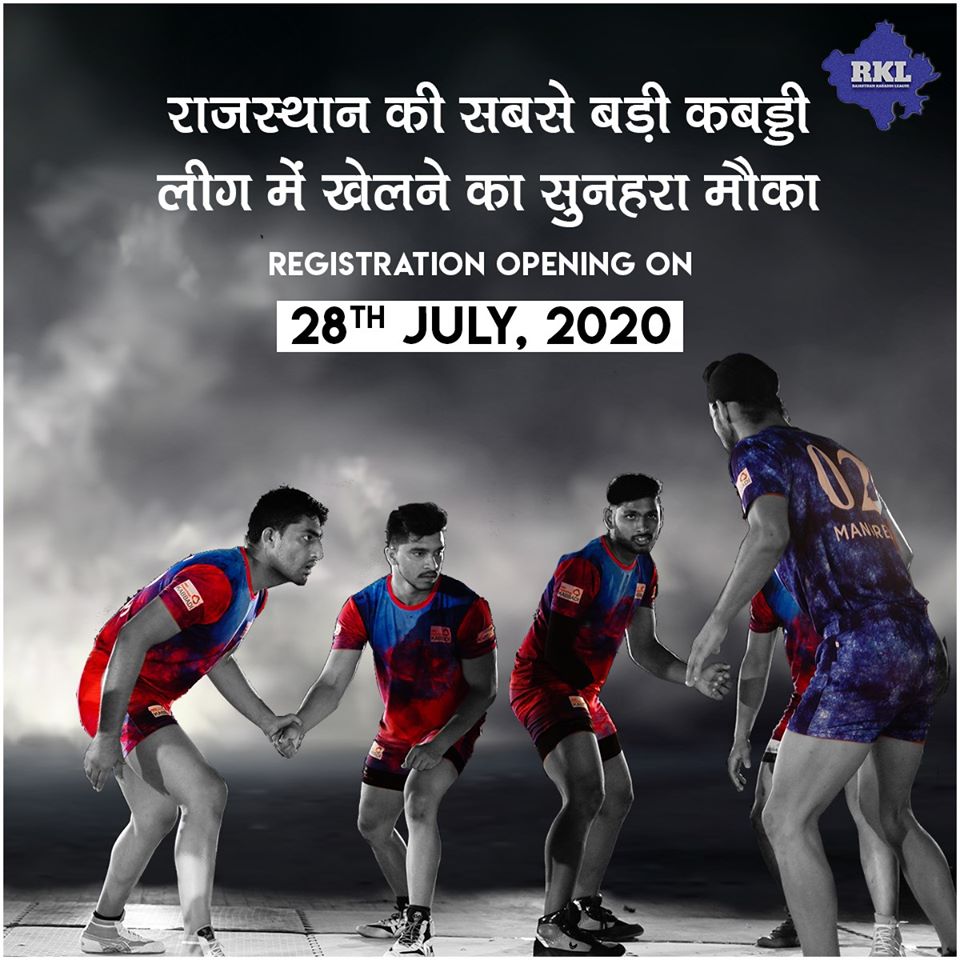 The organizers of the tournament have called the players to register themselves for the trials of the tournament which would tentatively be held in September. However, the registration will begin from 28th July and can be done on the official website of the league. The organizers announced that the trials will be held across 40 locations in India and players from all over the country can take part.

Aimed at giving a platform to the talent at the grassroots level in Rajasthan, the organizers have announced a base price of Rs. 10,000 for every player who will be selected from the trials. The players will be sent to a training camp of 15 days where they will be given professional training by experts of Kabaddi. Apart from that, after they are selected, the players will be provided with a kit free of cost which would include a bag, track-suit, Kabaddi kit, kabaddi shoes & sports shoes. The travel, food, and accommodation for every player will be taken care of by the organizers during the tournament. Apart from that, the medical insurance will also be covered by the tournament.

The players will be part of various promotional videos on social media platforms based on their performances. This would not only give them a platform to show their talent on the mat but also a chance for the world to see their talent.