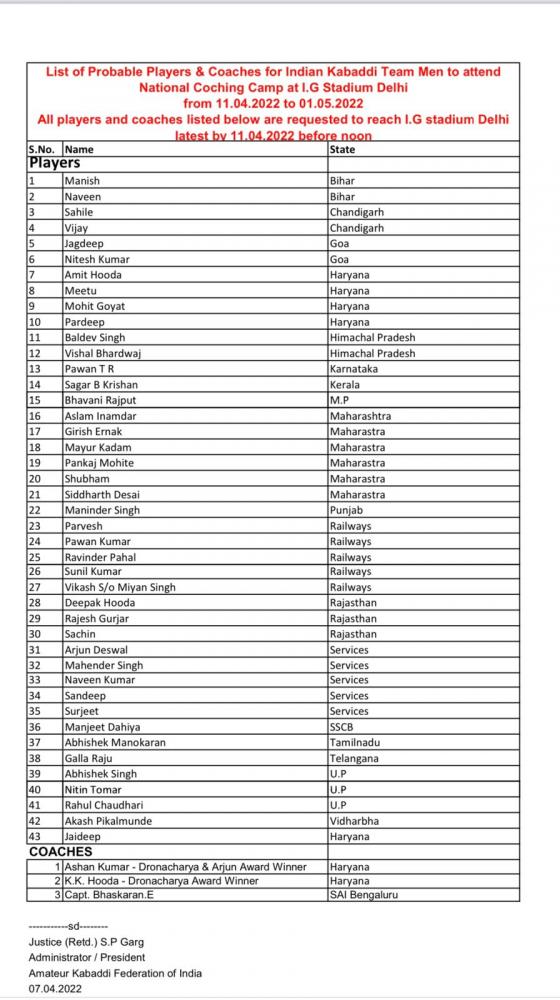 Amateur Kabaddi Federation of India announced the list of probable players and coaches of the Indian National Kabaddi Team who will attend the national coaching camp at the Indira Gandhi International Stadium in New Delhi. The camp is slated to be held from 11th April 2022 to 1st May 2022.

Among the experienced players Ravinder Pahal, Pardeep Narwal and Rahul Chaudhari are selected to play while K7 Kabaddi star players Mohit Goyat and Meetu Mahender, who impressed in the Pro Kabaddi have also been called up for the camp.

The young players from Puneri Paltan Aslam Inamdar and Pankaj Mohite were also called up. The star players from the Pro Kabaddi League's champions Naveen Kumar and Vijay are also a part of the camp.

Last week, Former coach E Bhaskaran, along with Dronacharya recipients K.K. Hooda and Ashan Kumar, has been named as the coach of the men's potential national Kabaddi teams.