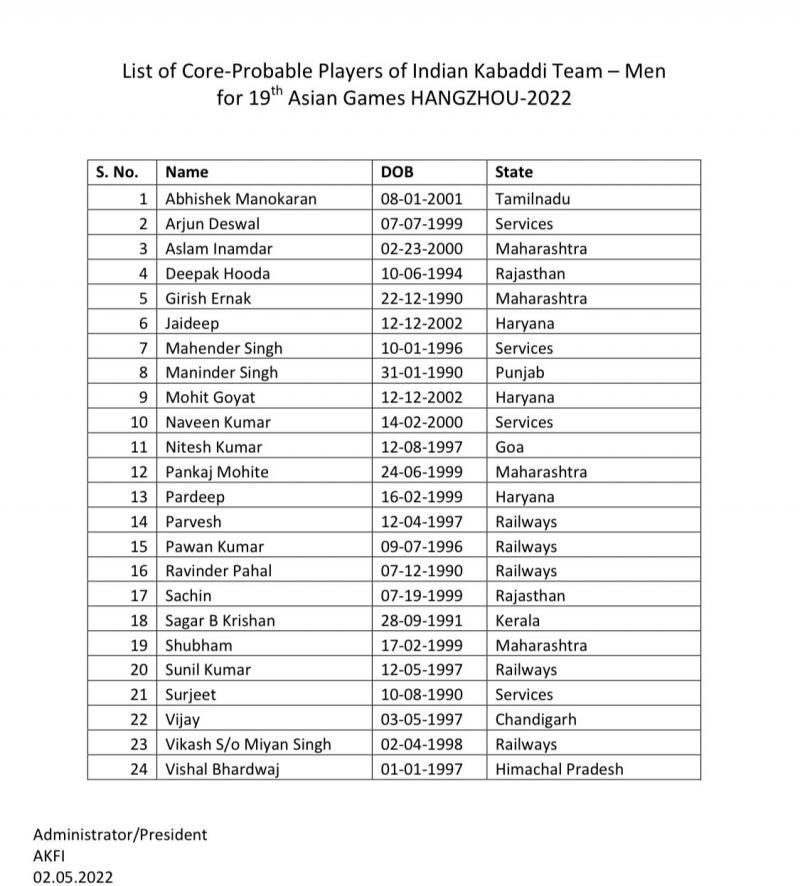 The list of core-probable players of the Indian National Kabaddi Team was announced on 2nd May by the Amateur Kabaddi Federation of India (AKFI). The 38 players probable category was trimmed down to 24 players.

Star campaigner Rahul Chaudhari missed the list while K7 Star Meetu Mahender also failed to make the final cut. Mohit Goyat made it to the final list and will be accompanying Jaideep and Pardeep Narwal who were the top performers in the recently-concluded Pro Kabaddi League.

In April, the AKFI announced the list of probable players and coaches of the Indian National Kabaddi Team who will attend the national coaching camp at the Indira Gandhi International Stadium ahead of the upcoming Asian Games. The camp ended on the 1st of May on Sunday.