UP Yoddha thrashed a much-changed Dabang Delhi KC 50-33 in front of their home crowd at the Shaheed Vijay Singh Pathik Sports Complex in Greater Noida on Saturday. Monu Goyat, with 11 raid points, was the star for the UP side as they secured a place in the VIVO Pro Kabaddi season seven playoffs.

The Delhi team with no Naveen Kumar, Ravinder Pahal and other experienced stars in the starting seven, offered very little resistance to a charged up UP team who were eyeing a victory to seal their playoff berth in front of their home crowd. Monu Goyat picked up valuable raid points from the start and the UP side went on to secure their first All-Out in the sixth minute to move to a 5-point lead.

The story continued to be the same till the half time with Delhi’s Meraj Sheykh the only bright light in what was otherwise a toothless performance from the league's pace-setters. The first half ended 22-12 with UP Yoddha clearly in control of the game.

The home side picked up their second All-Out of the match two minutes after the restart as Monu Goyat picked up his Super 10. The All-Out meant UP opened up a 13-point gap and there was no coming back for Delhi as UP piled on the pressure. Nitesh Kumar picked up a High 5 as Yoddha continued to dominate the proceedings. They picked up another All-Out with under 4 minutes remaining to move to a 17-point lead which they comfortably defended. The only positive for the Delhi from the match was the performance of Neeraj Narwal who secured a Super 10 in the closing stages to cap off a rare start.

Last encounter: UP Yoddhas and Dabang Delhi: Delhi reminds the Yoddhas of UP who the real Dabang is! 36-27

UP win or get a tie today and they will be the last team to qualify for the playoffs. On the first day of their home leg, they would like to start in style against Dabang Delhi who have already assured themselves of their top two positions. They may not need to pay their first choice team itself today. Readying for the challenges ahead. Last time these teams played Monu was the lead raider for the Yoddhas, which has since changed with Shrikant Jadhav leading the attack. That had also had better results for the team. UP will want to pilot how their defense can be the dominant force they need it to be, to win the title. If they qualify today they will be the only team who has qualified every time they have played. Experiments galore and expect to see some young talent.

Head to head: UP Yoddhas vs Dabang Delhi 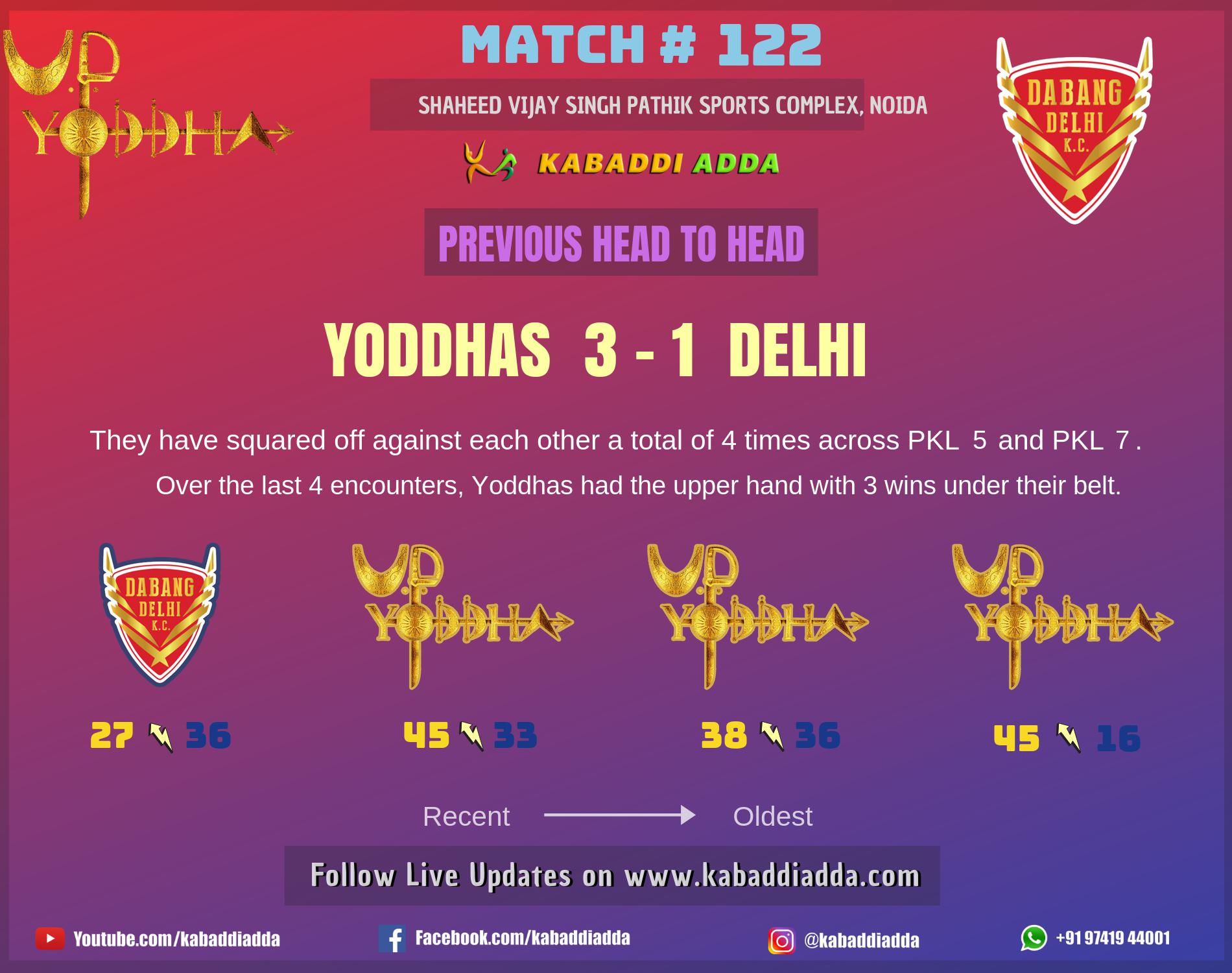 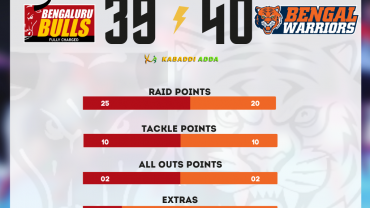 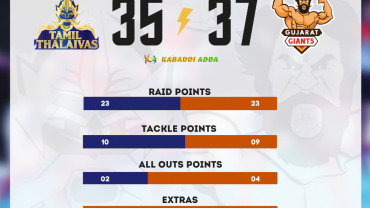