In kabaddi, raiders are the attackers that spearhead the team's offensive powers. As they say, scoring instinct can't be taught. Either you are born with it or you are not. One such player who was born with such natural scoring instinct is none other than Bhaini School Meetu. He has just signed up for the Haryana Steelers in season 8 of the PKL.' 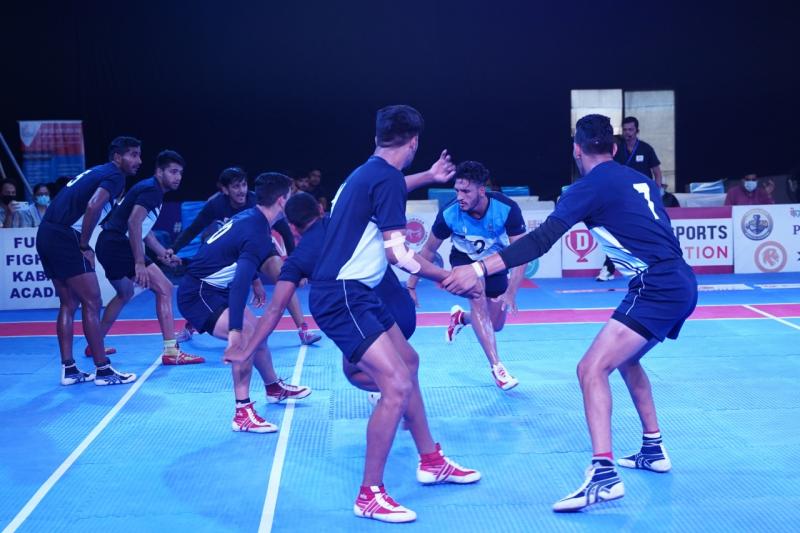 In his young career so far, he has played 26 matches. During this out of his 518 raid attempts, he has scored a whopping 344 raid points with an average strike rate of more than 70 %. He is a right-sided raider by trade and has represented Bhaini School during the recently conducted K7 Kabaddi Stage Up 2021.

KA - From when did you start playing kabaddi?

Meetu - I started pretty early. When I was around 8 - 9 years old, I started playing kabaddi. From an early age was attracted to sports in general. Even in school, I used to tell my headmaster to teach me any type of sport. And that's how I eventually picked up kabaddi as a sport.

KA - Where is your hometown located? Are there any more player who has come up from there?

Meetu - My hometown is located in the Panipat district, and its name is Noltha. There were players like Vikas, Sounu, Ravinder Jawalan who have played before previously at a higher level for a few seasons, and definitely, more players will come up soon.

KA - How was the family's support towards your kabaddi career? Were they supportive or, were they against it?

Meetu - At starting when I sued to play and get scratches and injuries, my parents used to say enough is enough, now it's time to focus on my studies. But I was pretty adamant that kabaddi, will be my bread and butter in the future, so I stuck with it.

KA - from where did you first get your training? or was it just your on yourself till you get noticed?

Meetu - My first coach was Sounu Jawlan. He taught me the basics since the beginning he was my coach till I first went out to play my first nationals. After that, I went for the U - 14 trials for SAI, where I got selected and trained under Balwan Dhaiya for a year, and Mr. Dharmpal Singh and in Gandhi Nagar, I trained under MR Jaiveer Sharma Ji. They helped me a lot to become the player I am today.

KA - What was the selection process? How were you scouted by the Haryana Steelers?

Meetu - I was scouted first because of my performances in junior nationals and, the coach called me and told me that he wanted me on his team. I was lucky that I got scouted earlier as due to covid some junior nationals had to be canceled.

KA - How was lockdown affected you as a person. Did it make you nervous that you could lose your place in the squad?

Meetu - I was frustrated at first. Why it is happening now when I finally got selected for PKL. It felt like I had to take a step back at that time and wait for things to settle down. But you have to stay positive and hope that things will come back to normal.

KA - How excited were you when you heard PKL is finally starting in December?

Meetu - Finally, the wait was over and, I could step back out on the mat. To enjoy the sport I love. My friends, family, and coach all were happy for me. Finally, my dream will turn into a reality.

KA - You have played all over India in various tournaments but, PKL would be a big step up that you haven't experienced before. There would be many international players that you would come across. How excited are you?

Meetu - I am very excited about this opportunity. I thank all my gods and will try to make the most out of this. The level would be different. Something that I haven't experienced before for sure and won't stand a chance if I am not on my toes. Also, I am looking forward to rubbing shoulders along with the international players out there.

KA - How excited are you to work under Rakesh sir?

Meetu - It is a great learning experience to be able to train under a great all-rounder who was a 3-time Asian gold medalist. There are many new things to learn, some new skills, and getting the basics right.

KA - This upcoming season will be one of a kind. Playing under a Bio Bubble with all the players under one roof and a neutral venue. Any thought on this? How will it affect you as a player or not?

Meetu - Unfortunately, we won't be able to play the games all over India under different venues, we will miss the fan's support. But at the end of the day, it is the game that matters and, all our focus will be on the mat no matter whatever the venue is or whether we can go out or not. We will be ready to be at our best.

KA - Vikas Kandola, your captain he will be the main raider for your team. You being a fellow raider, how is your relationship with him so far?

Meetu - He is a very senior player and, there is great respect between him and me. Being my senior, he helps out wherever is needed and shares his experiences and knowledge of the game. He is serious when it is time to train and a big prankster while we have our free time. My relationship so far has been great hoping to get a chance to step out on the field with him soon.

KA - You represented Bhaini School in the Recent K7 Kabaddi Stage Up 2021, but got injured during the Super 6 stage? But how was your experience with the tournament?

Meetu - K7Stageup2021 is a great initiative that will benefit more upcoming young players in the future. It provides us with the exact blueprint of the professional circuit that is present there. The setup and facilities were great. All the players were of the highest skill level, which was great for the competition. Unfortunately, an injury put an early end to my season. But hopefully, next time I will be lucky enough to enjoy the whole season.

KA - Your injury that you mentioned was mid-way through the tournament. Were you afraid that this could lead to you missing out on the upcoming PKL?

Meetu - Injuries are the part and parcel of the games. You can never predict this, it just happens at times and you have to deal with it. My friends and family were supportive and told me to stay positive. My coaches also backed me to make a quick recovery. I went to SAI Panipat, where I got treated for over a month. The physio out there was great and, now I am fully ready to go all out in the PKL season 8.

KA - You recently won the Haryana State championship. How did you feel about that? Many great things to look forward to now?

Meetu - It was a great feeling. Despite being a young side, we were able to show our ability and strength against all the team's out there.  I hope me and my teammates are there in the final squad of the senior nationals. Because we will win there as well.