The Top 5 Raiders from Maharashtra, Karnataka and Tamil Nadu

Kabaddi has gifted us gems from throughout the country. In this article, we shall look at 5 such gems who walked their way into the Top 5 list of raiders from Maharashtra, Karnataka and Tamil Nadu. 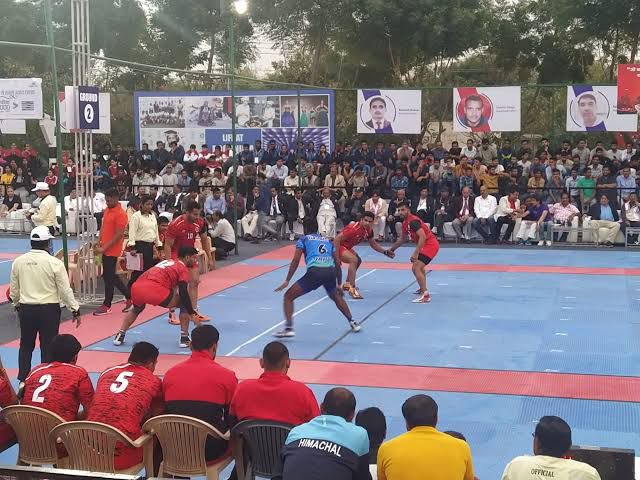 ​States like Maharashtra, Karnataka, and Tamil Nadu have been the powerhouses of Kabaddi. It won’t be wrong to say that these states have been ruling the Kabaddi world as we just witnessed some of the new players that were gifted to the PKL Season 8. Kabaddi is not an individual sport. It is a sport of teamwork, agility, and patience that guides each team to the victory podium. In this article, we shall have a look at 5 such raiders from these states who have paved their way into the Top 5 list.

1. Aslam Inamdar - Puneri Paltan’s emerging star Aslam proved to be one of the emerging players of the season. Alongside Mohit Goyat this Maharashtra boy helped Pune win quite a few important matches. Even after being a debutant in the PKL, his performance has amazed a lot of fans and led to his fan following. Aslam played 23 matches with the Paltan and scored 169 raid points. He raided 355 times and maintained an average of 7.35 points per match. For a debutant like him, he has performed tremendously well by adding 5 super 10’s and 7 super raids under his name. Maintaining a 48% strike rate, he ended the season with 20 points in defense which also indicated him to be an all-rounder.

2. V Ajith Kumar - U Mumba’s V Ajith was picked up by the team in PKL Season 8. Ajith traces his roots back from Tamil Nadu making him one of the most successful raiders of U Mumba. Like Aslam, Ajith is also an emerging player as he was introduced in the PKL last season. He was seen on the mat for 20 matches which allowed him to score 159 raid points under his name. Kumar raided over 291 times and maintained a 44% successful rate. With 6 super 10’s and 5 super raids, he maintained an average of 7.95 per match. Overall, Ajith’s debut with Mumba ended with a 55% strike rate for the 8th season of PKL.

3. Ajinkya Pawar - Another gem from Maharashtra is Tamil Thalaiva's Ajinkya Pawar. Ajinkya was seen as a substitute in the first half of the season but soon became the ray of hope for the Thalaivas. He played 18 matches this season and maintained a 51% strike rate throughout. With a total of 213 raids, he bagged 108 points, 5 super 10’s, and a single super raid. The average for his 3rd season ended up being 6 per match whereas the successful raid percentage rounded up to 38%. In addition to this, he ended up scoring 6 points in defense.

4. Prashant Kumar Rai - Some of them know him as PK Rai while some just call him ‘Captain Cool.’ One of Karnataka’s and PKL’s most experienced players PK Rai has been an inspiration for many youngsters. He has been competing in the PKL since its inaugural season. With his debutant for the Patna Pirates, PK was seen on the mat 23 times which allowed him to maintain a 58% strike rate. He always acted as a support raider and a support system for his team. Bagging 95 points in 163 raids, he maintained an average of 4.13 per match. The numbers do not look good for an experienced player like him but it is important to understand that he was the reason Patna’s raging team remained calm throughout the season. Overall, he ended the season with a 45% successful raid strike rate and registered a single super raid under his name.

5. Chandran Ranjit - Bengaluru Bulls raider C Ranjit has been competing in the PKL from its debut season. Coming from Tamil Nadu, Rajit acted as Pawan’s support whenever Bharat did not perform. He played 19 matches for the Bulls and maintained a 43% strike rate. In 185 raids, he scored 80 raid points and had an average of 4.21 points per match. Overall, he scored 1 super 10 and 3 super raids in this season. Moving on to his defence performance, Chadran registered 16 tackles under his name with a single super tackle that rounded up his average to 0.53 per match.