Season 8 showcased some of the finest defenders from the world. With their sheer patience and calmness, they allowed us to witness some of the most beautiful tackles till date. In today's article we shall shed light on 5 such defenders from Maharashtra, Karnataka and Tamil Nadu who have stood out in the 8th season. 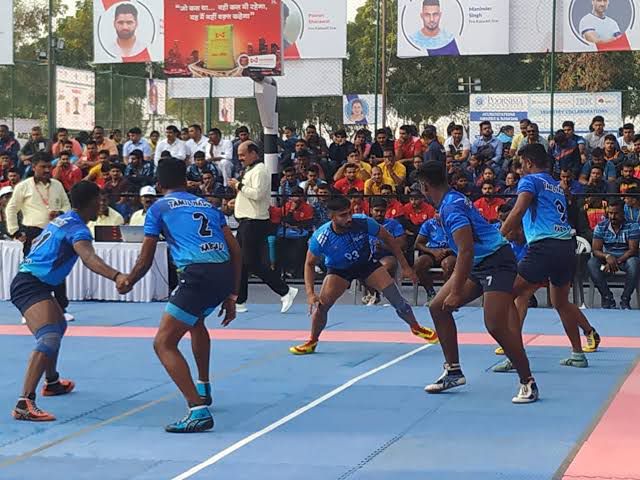 “The only defence against the world is a thorough knowledge of it.”

This quote can be reflected upon in the world of Kabaddi. Kabaddi is not just a game of power and agility. The game’s most important feature is knowledge. The amount of knowledge a player has of another will allow him to trick his opponent and score points. The game has 2 kinds of players, the defenders, and the raiders. Season 8 showcased some of the finest defenders in the world. With their sheer patience and calmness, they allowed us to witness some of the most beautiful tackles to date. In today's article, we shall shed light on 5 such defenders from Maharashtra, Karnataka, and Tamil Nadu who have stood out in the 8th season.

1. Girish Maruti Ernak - Coming all the way from Maharashtra, Girish is one of the most experienced players of the Pro Kabaddi League. He has been competing in the league since its inaugural season and has been picked up by various teams throughout the season. Gujarat Giants gave him a place in their starting 7 for the 8th season. Ernayak played 19 matches and maintained a 38% tackle strike rate. He registered 46 points under his name from his 120 tackles and also managed to bag 4 high 5’s. With a single super tackle, he ended the season with an average of 2.42 per match.

2. Abhinesh Nadarajan - Tamil Nadu’s Abhinesh Nadrajan was picked up by the Puneri Paltan for his debut season. He made 22 appearances this season and maintained a tackle strike rate of 42%. Scoring 44 points from his 104 tackles, he also super tackled his opponents 6 times and registered 3 high 5’s under his name. His season ended with an average of 2 points per match but fans have high hope from this boy in the upcoming seasons. In addition to this, he was seen on the opponent’s mat 9 times which allowed him to score 4 raid points.

3. C. Sajin - Another player from Tamil Nadu made his debut this season for the Patna Pirates. C. Sajin managed to score 35 points in his 23 appearances in the PKL Season 8. Overall he had a single high 5 throughout the season but impressed his fans with his 5 super tackles. He maintained an average of 1.52 per match and maintained a success rate of 39%.

4. Sanket Sawant - Playing alongside Girish for Puneri Paltan and Maharashtra, Sanket competed in the PKL for the second time. He appeared on the mat 23 times and maintained a 28% tackle strike rate. In his 94 raids, he managed to score 26 points and super tackled his opponents twice. His season ended with an average of 1.13 per match.

5. Jeeva Kumar - One of PKL’s oldest players Jeeva Kumar belongs to the state of Tamil Nadu. He was bought by this season’s champion Dabang Delhi K.C. because of his huge amount of experience. Jeeva had to go through a rough patch for his 8th appearance in the PKL as his performance wasn’t up to the mark. In 21 matches he just had a strike rate of 29%. In his 80 tackles, he just scored 23 points and ended the season with an average of 1.1 per match. He had a single super tackle under his name which proved to be disappointing for his fans and hence, his fans will be expecting a better performance from him in the upcoming seasons.